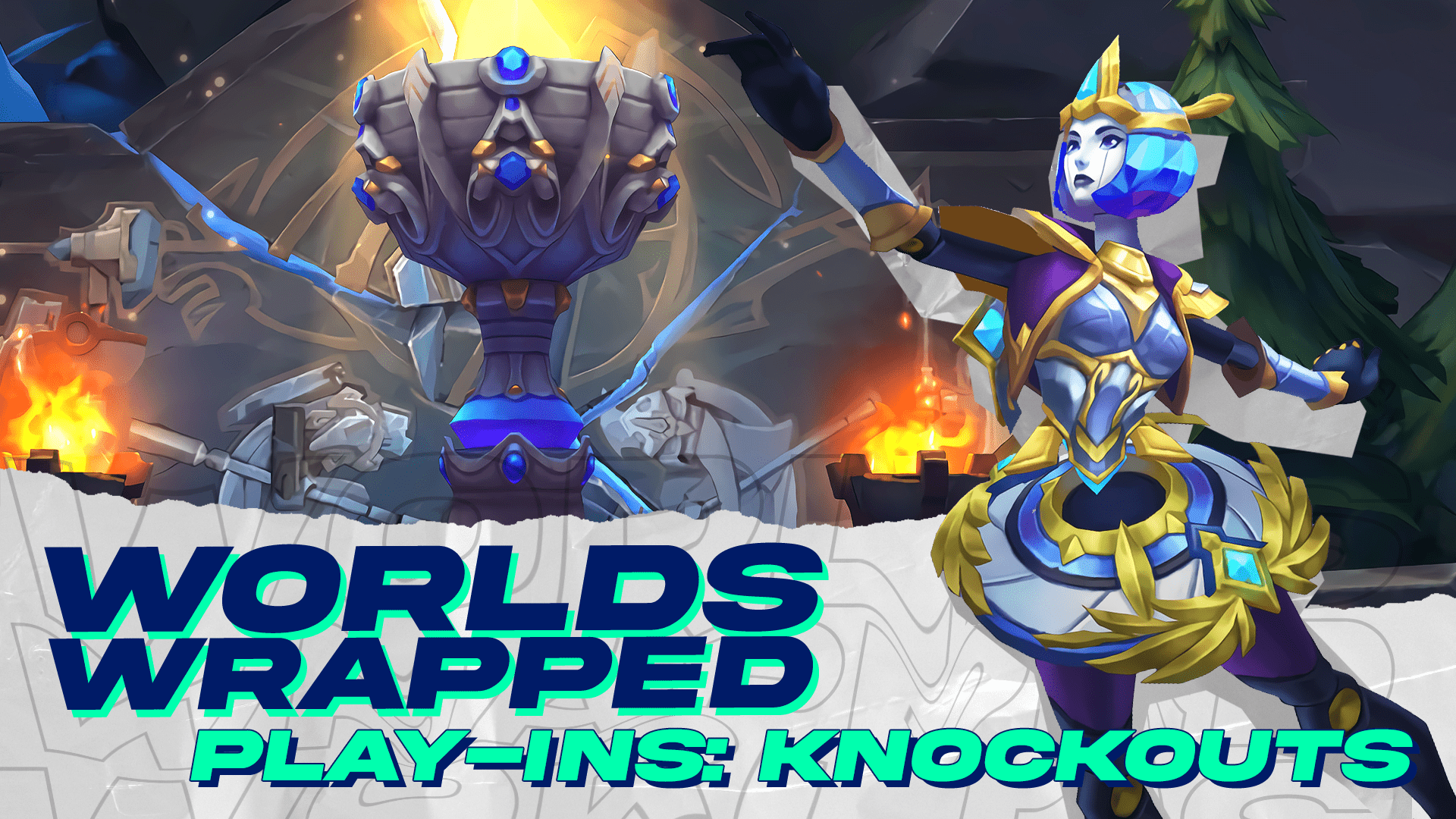 Today marked the final day of the Play-Ins stage, with another two best-of-5 series: Beyond Gaming vs Hanwha Life Esports and Cloud 9 vs PEACE. The day began with a controversial announcement: BYG’s mid-laner Maoan had been suspended from the remainder of Worlds due to violating the tournament ruleset after leaking pick/ban strategies. This forced BYG into playing their top lane substitute PK in the mid lane, and made their task of overcoming the LCK’s Hanwha Life Esports even more difficult.

BYG realised their win condition was Doggo, who has performed exceptionally throughout the tournament. Therefore, they drafted the powerful Aphelios/Thresh bot lane and provided Doggo with a lot of resources in an attempt to let him carry. Unfortunately for BYG, this  wasn’t enough as HLE’s dive-orientated comp (Fiora, Leona and Irelia) punished Doggo whenever he over-stepped and ended the game within 28 minutes:

Doggo then surprised us with a Vayne pick in game 2 and picked up first blood after a clean outplay at level 1, as Vsta underestimated the strength of a level 1 Leona:

However, HLE soon flexed their laning and team-fighting muscles to close out the game swiftly, including a brilliant performance from Willer on Lee Sin who nearly scored the first penta of the tournament:

The series finished with an absolute stomp by HLE in game 3, as they managed to generate a striking early game advantage through smart objective play and excellent CSing. This translated into overwhelming Baron pressure and a lack of vision for BYG, meaning they were forced to check the pit and swiftly met their demise:

HLE took the Baron after this excellent play, and used the buff to finish off the game within 25 minutes, knocking BYG out of Worlds 2021. Beyond Gaming were always going to be the underdogs going into the series, and were faced with an extremely unfortunate situation which hindered their chances even more. Hanwha Life Esports pulverized throughout the series, and never really broke a sweat.

A budding rivalry is slowly developing between Oceania and North America, after the OPL disbanded forcing many players to move to the LCS and Pentanet took down C9 at MSI. Today’s match between PEACE and Cloud 9 marked another chapter in the story of this rivalry. Game 1 started off with a bang, as PCE were able to punish the Lucian/Nami when they were vulnerable at level 1:

As the game transitioned into some mid game skirmishes, PCE failed to set up for team fights correctly and were unable to pull off their composition’s wombo-combo (Gnar, Rakan, Miss Fortune):

C9 punished these mistakes across a number of team fights, and were able to run it down the mid lane to take game 1:

The second game of the series began in a similar fashion, as an aggressive Amumu (Aladoric) in the bot lane forces Sven to flash early on Aphelios, and a gank in the bot lane on the flashless Aphelios results in another First Blood for PCE:

This lead did not last long, as Blaber proved why Olaf is his signature pick and absolutely dominated the early game, picking up a Goredrinker by the 7 minute mark. Blabler continued to snowball the game and became unkillable between his Goredrinker, Sterak’s Gage and ultimate, and Cloud 9 took down the Nexus within 23 minutes:

Having conceded two first bloods in the series and struggling on Lucian in game 1, Sven was looking to redeem himself as he and Vulcan locked in the Lucian/Nami bot lane once again:

Sven continued to excel, as C9 were picking up kills across the entire map and steamrolled the game to win the series 3-0. With that, they advance to the group stage of Worlds and eliminate PEACE from the tournament.

Now that the Play-Ins stage has finished, the groups have been locked in:

The Group Stage begins on Monday with a bang, as DWG Kia take on FunPlus Phoenix, so join us on Monday for what promises to be a slew of phenomenal games.