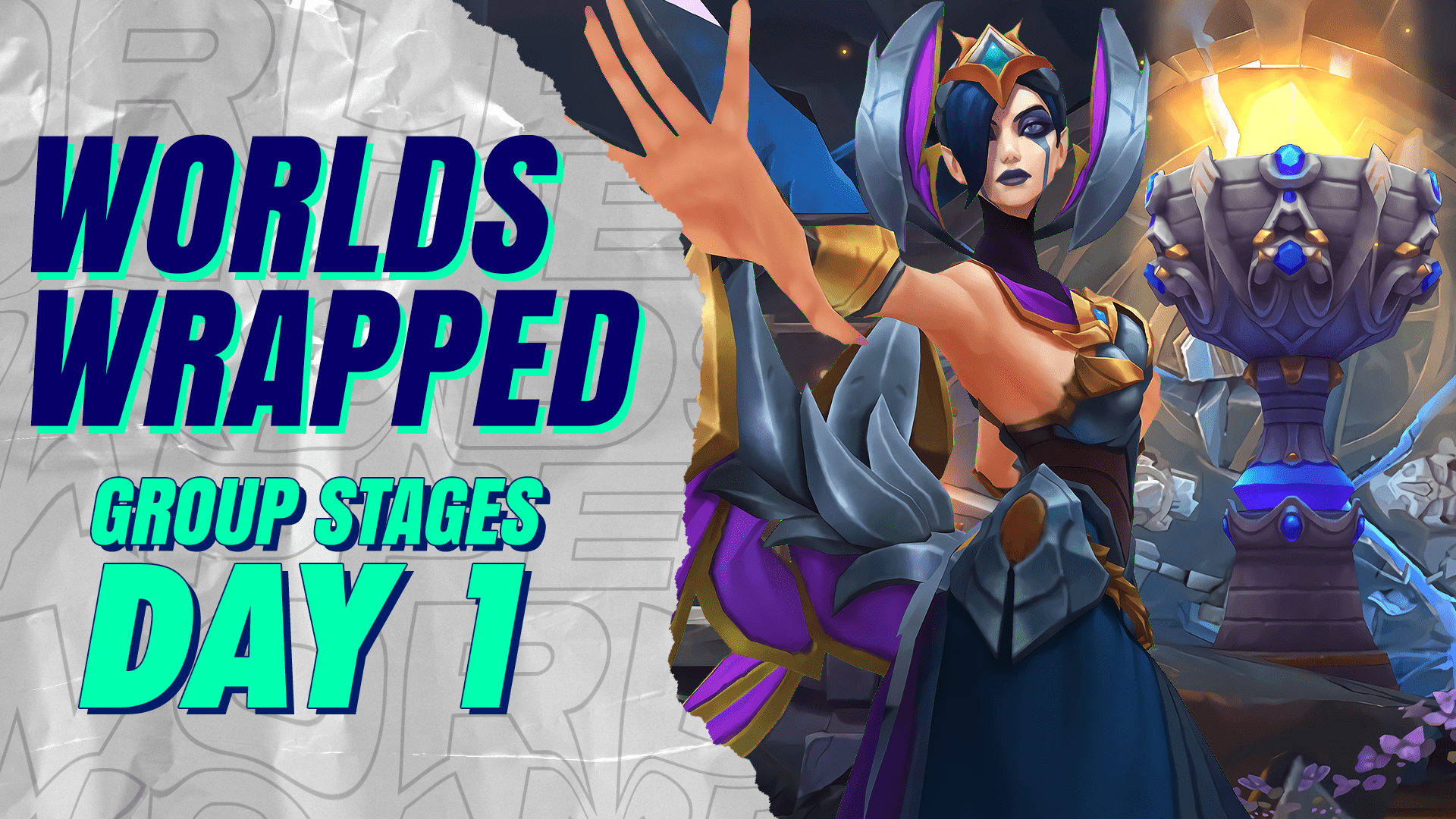 The Group Stage of Worlds has finally arrived, and with it brought some epic clashes between the LCK and LPL, EU and NA, and a surprising shift in the support meta; let’s go over the highlights from today’s games.

The day began with some spicy picks, as DK first picked a Yuumi in their game against FPX. Rumours about the power of Yuumi have been circulating alongside a couple of bans during the play-ins stage, and we got to see why as she is able to attach to a jungler and roam around the map.

This mitigates one of Yuumi’s biggest weaknesses, and can help her match the roam-heavy supports we’ve been seeing during the Play-Ins stage such as Leona and Amumu. Though FPX did draft good answers into the Yuumi with heavy CC (Nautilus, Jarvan IV and Galio), DWK decimated in the early game and won within 30 minutes.

Xiahou continued with the surprise picks in RNG’s game against PSG as he locked in the Syndra top as a throwback to his days as a mid-laner. RNG commanded the early game and looked to close out the game quickly, but did give PSG an opportunity back into the game after an excellent flank by Hanabi’s Kennen:

Sadly for PSG, this wasn’t enough to bring them back into the game as RNG stabilised and won on the back of taking the Infernal Soul.

A series of one-sided affairs

The next four games were very one-sided, with HLE, GEN.G, T1 and EDG taking down their opponents in dominant fashion. FNC struggled in their game against HLE after their ADC Upset was unable to compete due to personal circumstances, meaning their substitute Bean played instead. The ultra-aggressive bot lane duo of Upset and Hylissang was one of the primary reasons FNC were able to qualify for Worlds as the LEC’s second seed, and FNC looked like they were struggling without this spark.

There were question marks about what form Gen.G would be in during the tournament, but are looking like contenders to make it out Group D if they can repeat today’s performance.

EU and NA clash to close out the day

The day finished a double dose of the classic EU and NA rivalry, as Team Liquid took on the Mad Lions and Cloud 9 faced Rogue. Expectations were high for MAD coming into the tournament, but disappointed after over-forcing and over-extending during several key fights:

Team Liquid were ruthless and punished MAD for these mistakes, picking up a surprise yet assertive victory in less than 28 minutes. Rogue then took on Cloud 9, with all eyes on Rogue given their disastrous LEC playoffs run. They quickly proved why they were so dominant during the regular season with some solid laning and mid-game skirmishes. Unfortunately for C9, they made some pretty egregious errors throughout the game and were promptly punished by Rogue.

EDG’s jungler JieJie pulled off a beautiful Insec against 100T, with lightning quick reactions and absolute mastery over one of Lee’s most complex combos:

The group stage continues tomorrow with what promises to be another day of bangers, so check back here for another rundown of the day’s action!