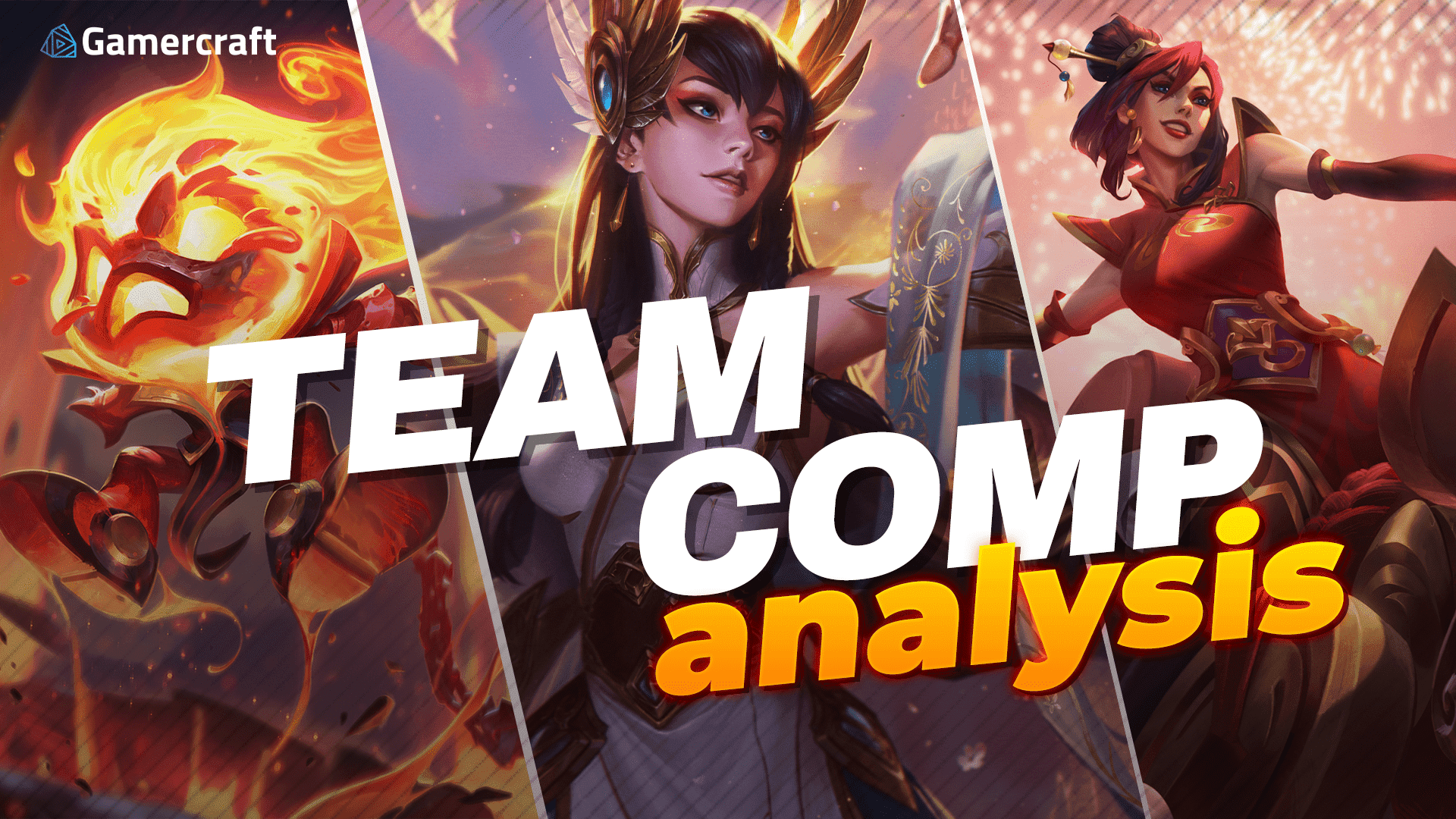 Double enchanters have been rampant on solo queue, and are proving to be an incredible oppressive pick in the bot lane. Sona and Seraphine can output a ridiculous amount of heals and shields by running Moonstone Renewer on both champions, and have excellent engage tools by layering their ultimates.

By picking such a low-damage bot lane that deals AP damage, it’s important to run AD threats in the mid, top and jungle positions to provide a split damage profile and compensate for the lack of damage coming out of the bot lane. Though this composition thrives in the late game and becomes near unkillable, it can struggle in the early game due to its lack of damage. Therefore, play safe in the early game and focus on scaling into the mid/late game.

Weaknesses: Playing from behind, split-pushing

After Amumu’s Q was buffed to have an additional charge, he has quickly become an excellent pick in the support position thanks to a kit that’s easy to execute, a CC chain that can lock up targets, and innate durability. By pairing this with Draven, Amumu can easily stun the enemy bot lane and allow Draven to cash in an early kill to snowball the game.

Vex has already proven to be a powerful mid laner, particularly against teams with lots of mobility, with Sett and Sejuani rounding out the comp with fantastic engage potential and team fighting. However, this comp can struggle if it falls behind, so it’s important to secure some kills and objectives in the early game to start snowballing an advantage into a victory.

This composition has excellent dive potential, and can easily collapse upon a target using Irelia, Akali and Xin Zhao’s mobility. It also excels in team fights as you can dart through a team fight to keep your enemies at bay and reach out the squishy back line carries.

Between Goredrinkers, Conqueror and Seraphine, this team comp will be receiving a lot of healing and will thrive in extended team fights. However, none of these champions have the best laning phases and this composition’s true power comes online during the mid to late game, so play safe during the early game and wait to scale.