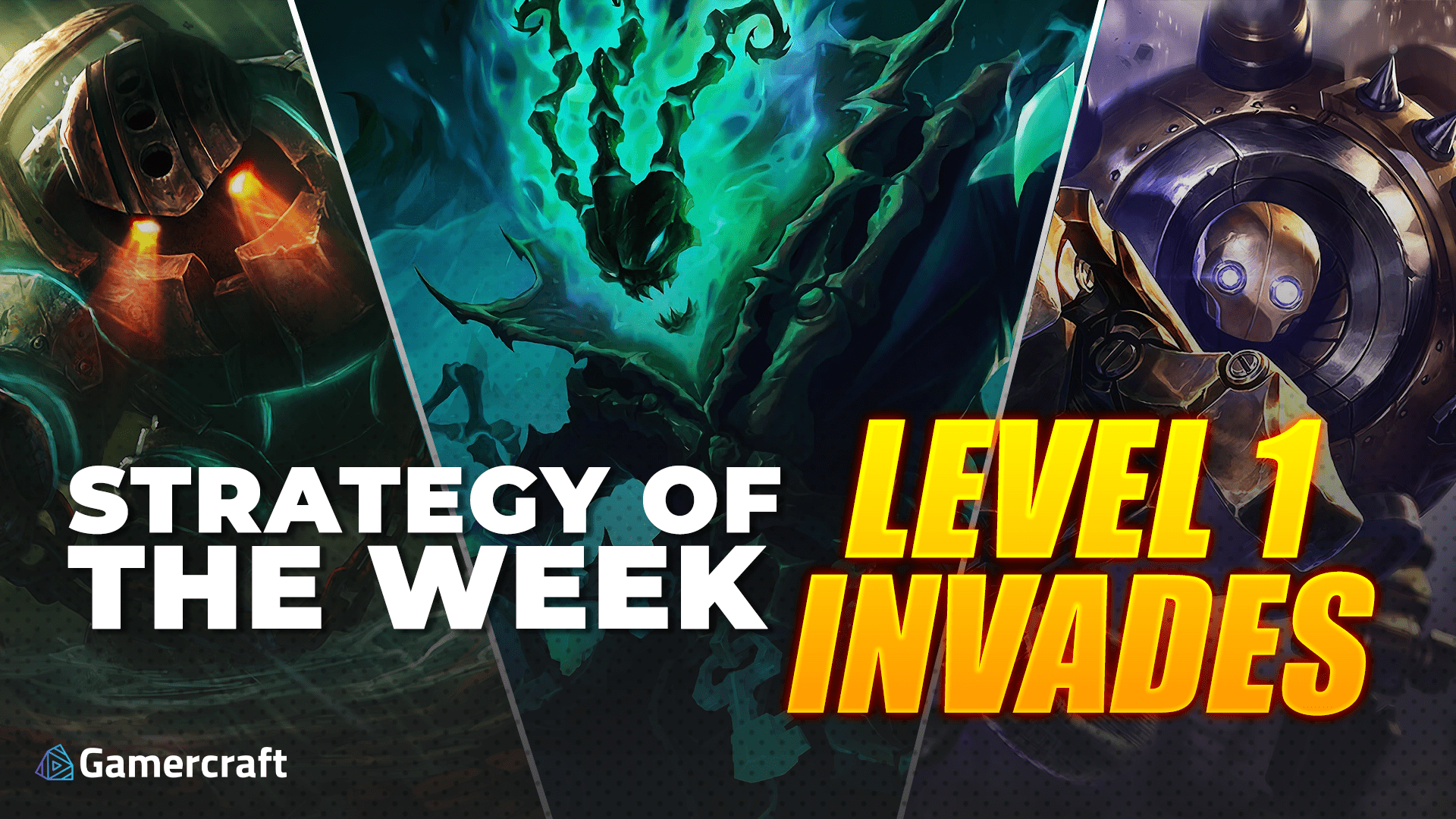 Strategy of the Week: Level 1 Invades

Strategy of the Week - Level 1 Invades

Level 1 invades can be a quick and easy way to establish vision, blow an enemy’s flash, or even secure first blood; let’s go over when and how to successfully invade at level 1.

This is greatly influenced by your composition, as it’s essential to have champions with hard CC on one ability. Some of the best champions to invade with are:

However, you can still invade without these champions by grouping up as 5 and moving into the enemy jungle. It’s unlikely these roams will be as effective if your composition lacks hard CC at level 1, but you will still be able to place down some wards to deduce the enemy jungler’s pathing. You may still be able to blow a Flash or secure a kill if enemies aren’t paying attention to the game after assuming your team composition wouldn’t invade.

Playing out a level 1 invade will depend on when you start the play, as there are two main types of invade: early and late.

An early invade is the simplest and most common invade, and involves running directly from your base as a 5-man unit into the enemy jungle and catching an enemy out with your CC. You will typically invade via the bot lane, as this is where most junglers start their pathing and the enemy bot lane will head at level 1. However, if your team has a champion that is known for invading (such as Thresh, Nautilus and Blitzcrank), many players will be expecting this and will place wards at the entrance of their jungle to spot you out. Therefore, it may be better to invade the top side of the jungle, as this is much more unexpected and you’re more likely to catch out an unsuspecting top laner.

A late invade usually starts at around the 1:15 mark, and will generally be done by your jungler, ADC and support. This style of invade will revolve around the red/blue buff (based on which side of the map you’re invading) that spawns at 1:30, and you will either be looking to kill the enemy jungler after they have taken damage from the camp or steal it by pressuring the enemy jungler away. Late invades are high risk/high reward plays: they are risky as if the enemy jungler manages to kill the buff and reach level 2, you are at a severe disadvantage and will likely die. However, they can be more successful as players aren’t expecting them and are more likely to be caught off guard, and taking away the enemy jungler’s first path can completely ruin their early game.