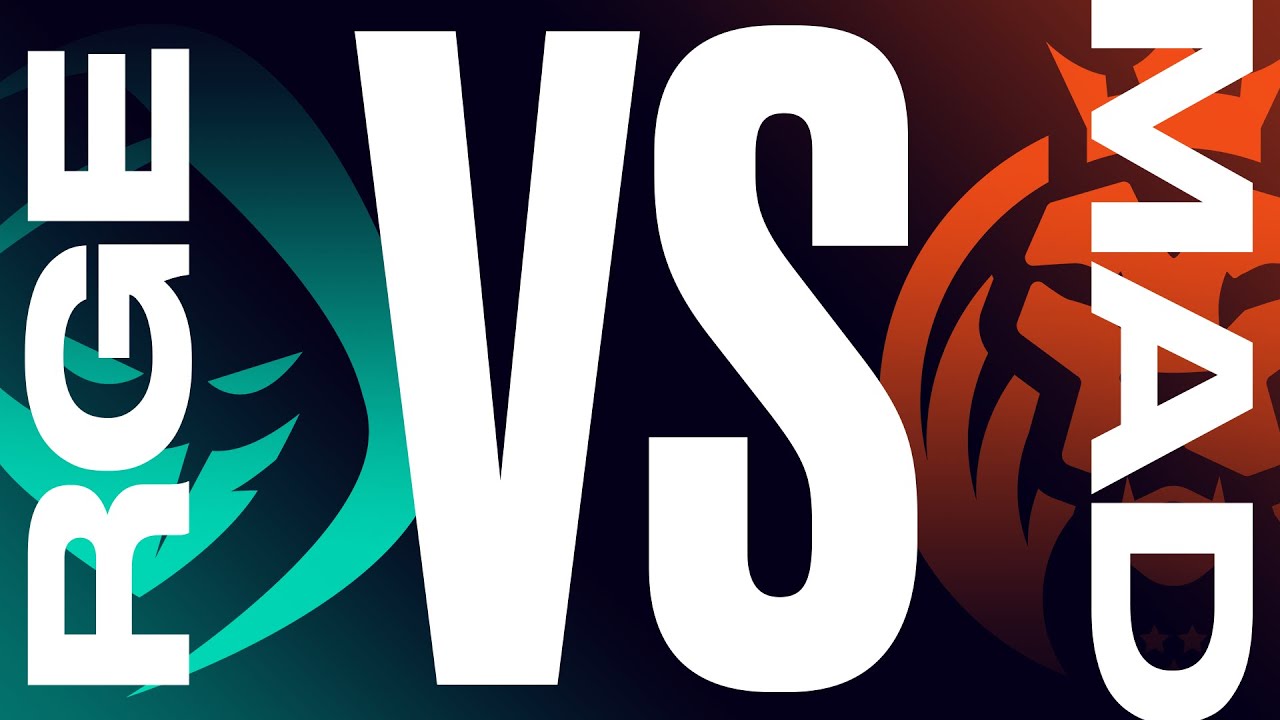 In a tense 45 minute battle for a spot in the LEC finals, RGE and MAD make imperative decisions in the late game that ultimately decides the winner of the game.

State of the game

Having recently taken Elder Drake, MAD are pushing into the base and are looking to end the game. The bot lane inhibitor has already been destroyed, so MAD are pushing the top and bot waves to try and secure the next two inhibitors. All players (excluding the supports) are level 18 and have completed their builds, meaning they can’t get much stronger.

Ryze is a very strong split pusher in the late game, due to his incredible damage output and ability to join the team using his ultimate (Realm Warp). Therefore, Humanoid moves to the top wave to start pushing in the wave in an attempt to take the top tower, while the rest of his team starts to attack the mid lane inhibitor:

This was a good decision, as Humanoid will be able to kill any member of RGE in a 1v1 thanks to Ryze’s damage in the late game and the Elder Drake buff. Therefore, if RGE want to stop him from taking objectives, they will have to send multiple members which means the rest of MAD can push in the mid lane with a numbers advantage. RGE are forced to respond with 4 members, meaning MAD are free to take the mid inhibitor for free:

Given how isolated Humanoid is from his team, Inspired sees an opportunity to punish him and lands a Lee Sin Q (Sonic Wave/Resonating Strike) on him. This is followed up by Lee’s ultimate (Dragon’s Rage) to kick Humanoid under the tower, with the intent of his team collapsing upon him and blowing him up, meaning RGE can take a 5v4 fight and win with the numbers advantage:

Though the intention was good, and Inspired should be praised for finding an opportunity when his team was in such a precarious position, the execution just fell short: Humanoid is able to flash away before he can be locked up with Leona’s CC:

Crucially, Inspired makes this play while MAD still have about 15 seconds left of the Elder Drake, meaning they are severely disadvantaged during a team fight. Although Hans Sama’s Aphelios could win a team fight if left alone to free-fire from the back line, he is completely isolated and trapped between the walls of his base and the turret:

Kaiser recognises this, and uses Alistar’s Flash Headbutt + Pulverize combo to lock up Aphelios with CC and allow the rest of MAD to take him down. Armut then Flashes on Larssen to kill him, meaning all of RGE’s carries are dead and the 5 alive members of MAD Lions can steamroll over the rest of RGE and their base.

There are a lot of ‘what ifs’ to consider when examining this play. What if RGE had engaged 10 seconds later when MAD’s Elder Drake buff had fallen off? What if Trymbi’s Leona and Odoamne’s Ornn had been closer to Hans Sama to peel for the flashless Aphelios? What if RGE had been ready to jump on Humanoid as soon as Inspired had kicked him under the tower?

It’s difficult to speculate what could have happened if something had gone slightly different for RGE during this fight, but it certainly wasn’t a bad decision for Inspired to kick Humanoid under the tower and try and force a 5v4 fight. Although Elder Drake only had 10 seconds left, MAD may have still won an even 5v5 team fight as RGE’s carries (Orianna and Aphelios) had no Flash and would have been very vulnerable to Alistar’s CC chain. If a team fight hadn’t broken out at this point in the game, RGE would have probably lost the game anyway as they were forced to clear out super minion waves while MAD secured the imminently spawning Baron, before being overwhelmed by waves of baron-buffed super minions.

Therefore, the key messages to take away from this play are: