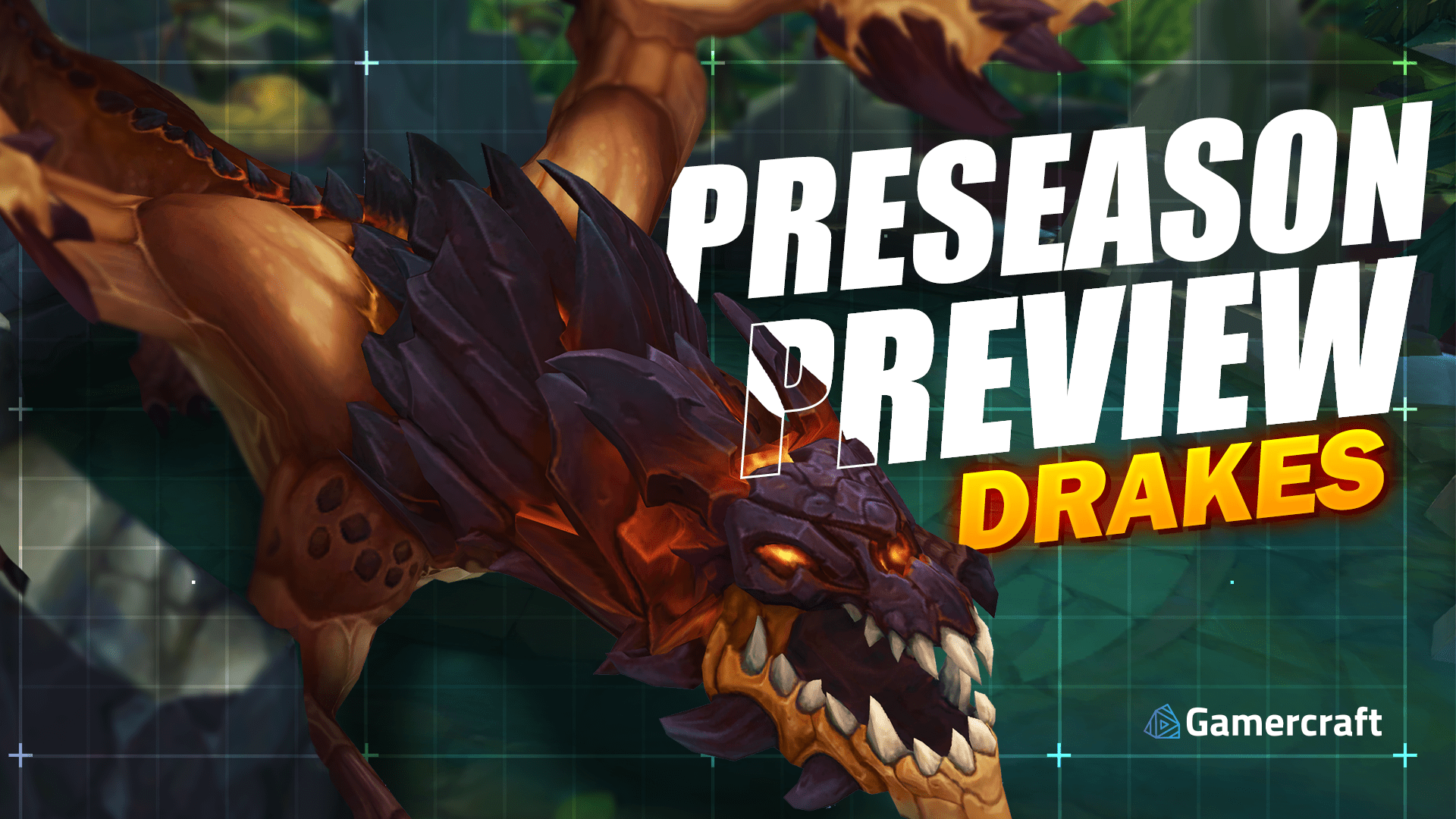 Pre-season is on the horizon, and with it brings a slew of changes to the Rift; one of the biggest changes coming to League next season will be to the drakes, so let’s break these changes down.

Introducing the Chemtech and Hextech Drakes

Two new types of drake will be added to Summoner’s Rift, expanding the types from 4 to 6.

Effect on the Game

The addition of these new drakes will have a huge impact on the game. The buffs provided by the Chemtech Drake will make it easier to make a comeback in fights, particularly if paired with other effects that proc when you have low health (such as Sterak’s Gage, Tryndamere’s ultimate, or Last Stand).The gas zones will be very dangerous to traverse and having good vision control in the jungle will be essential, while the second life provided by the Soul can surprise enemies and help turn extremely close skirmishes.

The Hextech Drake’s Soul is fairly similar to the existing Infernal Soul, and its buff will be useful for every role. However, the most influential aspect of the Hextech Drake will be the portals it spawns. Though they are comparable to blast cones, their travel distance is much greater and will allow players to quickly navigate their way through the Rift. They will be particularly influential when Baron and Drakes are spawning and you want to reach the objectives quickly, or you are looking to catch the enemy off guard with a flank play around an objective. Considering the channel needed to use the portals can be interrupted with damage and CC, the portals could also bait players into vulnerable positions if the channel can be interrupted.

A secondary consequence of introducing these new drakes will be less Ocean, Infernal, Mountain and Cloud drakes, as there are now 6 potential drakes that can spawn instead of 4. Speaking of the Cloud Drake, it has also been changed as its buff now provides out of combat movement speed and slow resistance instead of ultimate ability haste.