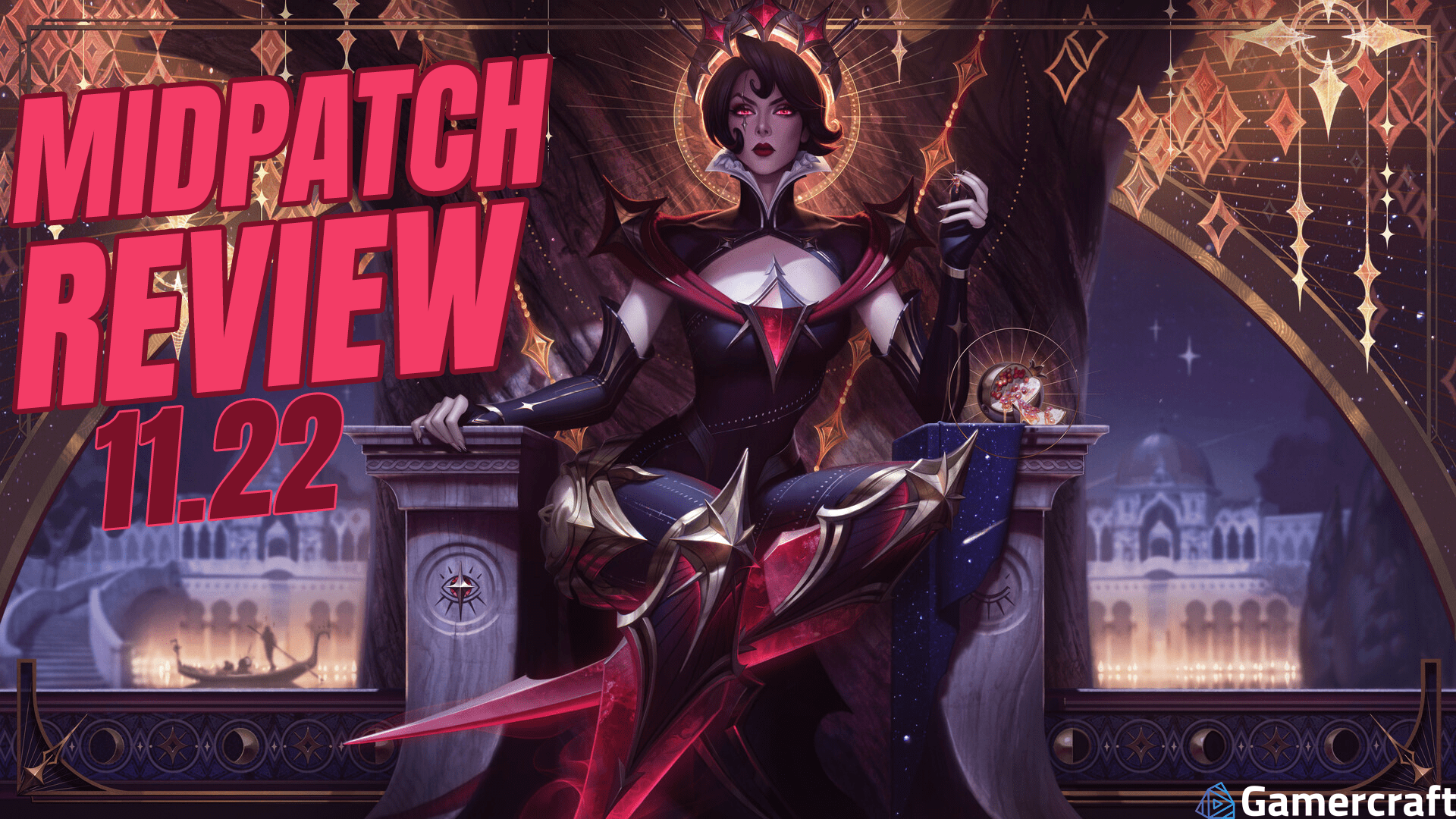 Now that the changes from 11.22 have had some time to settle, let’s break down some of the patch’s biggest winners and losers.

Having received buffs for 10 patches straight, Xayah’s latest changes finally pushed her into being an S+ pick again with an increase to her movement speed and a drastic reduction on her Q cooldown. By building Eclipse, items with a lot of ability haste (including Ioanian Boots of Lucidity and Manamune), and taking Summon Aery with Transcendence, this allowed her to spam her Q to deal an incredible amount of poke damage from afar and set up plenty of opportunities for a lethal combo with her E.

This combination was so oppressive that Xayah received a hotfix nerf a couple of days ago, reducing the damage of her Q and reverting the cooldown reduction. The build is still pretty strong, though the nerfs did impair her strength.

Meanwhile, after dominating throughout Worlds, Miss Fortune remains as an excellent pick: she deals good poke damage in lane, can roam around the map quickly thanks to the movement speed provided by W, and her ultimate is extremely powerful in team fights. The mana nerfs she received a few patches ago haven’t done much to impede her, and can be mitigated by selecting Arcane Comet as your keystone and picking Manaflow Band or sticking with Press The Attack and taking Presence of Mind.

The last few patches have been great for Nami after she had been out of the meta for so long: she received buffs to her W mana and base health, Imperial Mandate had its damage increased, and many ADCs she synergises well with (such as Lucian and Draven) were also buffed. Playing aggressive in lane is Nami’s greatest strength, as her E amplifies damage and helps set up for some great CC chains while her W can be used for damage and healing simultaneously.

Many will be thrilled the latest round of Yuumi nerfs seems to have worked, as she is struggling to eclipse a 48% win rate in Platinum ranks and above. Maxing out Q for a more damage orientated build may be optimal now, as she only received nerfs to her healing output.

Despite being nerfed a couple of patches ago, Camille continues to run rampant in the top lane and is currently boasting a 52% win rate in Platinum+ ranks. Her passive shield makes her viable into AD and AP damage dealers, she has incredible mobility and can afford to take Ignite instead of Flash to grant her extra kill pressure, and she scales phenomenally into the late game where she can split push to victory. It’s baffling how she has managed to avoid further nerfs for so long, but until she does, first pick her or keep her on the ban list.