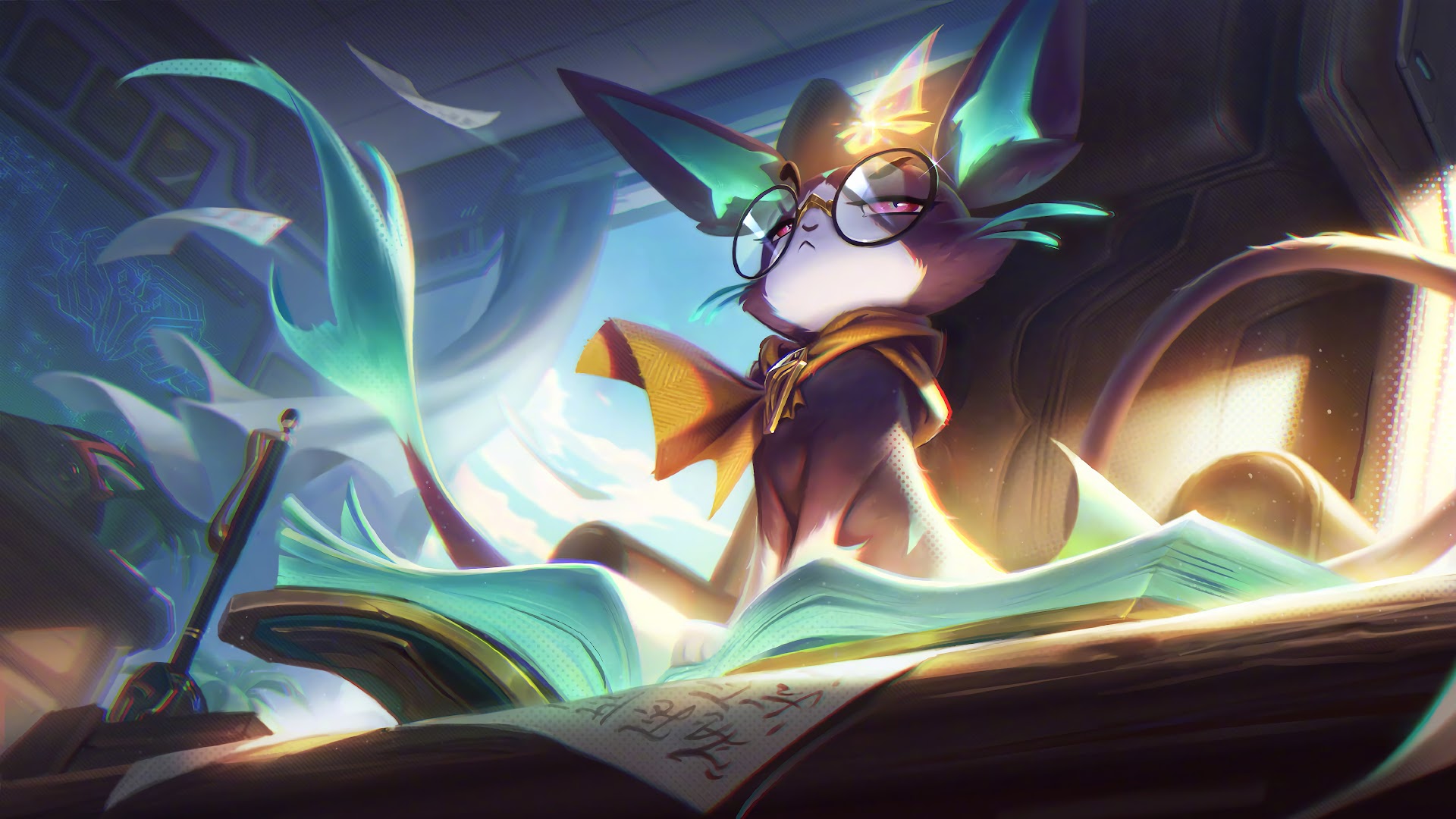 Yuumi has been a controversial champion ever since her debut on the rift, with her untargetable mechanics making her a divisive yet unique enchanter. With several buffs to Moonstone Renewer over the last few patches -- an item that works incredibly well on Yuumi -- Yuumi has become a very strong enchanter in the meta.

Passive – Bop’N’Block – Periodically, Yuumi gains a shield and restores some mana whenever she attacks an enemy champion. The shield lasts until it is destroyed, and is applied to any ally she attaches to.

Q – Prowling Projectile - Yuumi fires a missile, dealing damage to the first target hit; this deals bonus damage and slows if it takes at least one second to reach the target. If Yuumi is attached to an ally, the missile can be controlled with the player’s cursor.

W – You and Me – Actively, Yuumi dashes to an ally and becomes attached to them, becoming untargetable to damage except from turrets. Passively, Yuumi increases her attached ally’s Adpative Force and her own. If Yuumi is immobilized, this ability is placed on a 5 second cooldown.

E – Zoomies! – Yuumi heals, and grants movement speed and attack speed. This heals whichever ally she is attached to, or herself if she isn’t attached to an ally.

R – Final Chapter – Yuumi channels seven waves of damage; if enemies are hit by three or more, they are rooted. Yuumi can move, attach and cast Zoomies! while channeling.

Given Yuumi’s incredibly weak defences, she has a very vulnerable laning phase – don’t feel pressured to have a dominant laning phase in order to secure an early game advtange, as that is not Yuumi’s playstyle. Instead, play defensively: stay attached to your AD for most of the lane, heal them with Zoomies! (E) whenever they take damage, and do your best to complete your Spellthief’s Edge quest with Prowling Projectile and auto attacks (whenever it is safe to detach from your ally).

Yuumi excels in skirmishes and teamfights, as she can dash between all of her allies to heal and protect them. Final Chapter (R) is best used as an engage tool when attached to a front-line ally, or as a follow up; remember you can use You and Me! (W) to move between allies or move independently if you need to re-position to root enemies.

If Yuumi can survive in teamfights, she can produce an incredible amount of healing and protection for her team. In order to do this, Yuumi must proc her passive to receive mana back thanks to the absurdly high mana cost of Zoomies (E), but doing so obviously makes Yuumi vulnerable. The key to survival is keeping track of CC used by the enemy, as if Yuumi is hit by hard CC, she cannot attach to allies using You and Me (W) for 5 seconds and will most likely die.

Therefore, it is essential you track what hard CC the enemy composition has, and when they have used them in a team fight. Once most forms of hard CC have been used, take the opportunity to hop off your allies, auto attack the enemy to proc your passive, then quickly re-attach to your teammates. Keep in mind Yuumi’s auto-attack animation is much quicker than normal if she can proc her passive, meaning she can re-attach quicker than you might think:

Moonstone Renewer is an incredible item on Yuumi, as she has a plethora of easy ways to proc it and maintain the 35% heal and shield power bonus: it can be proc’d by hitting her Prowling Projectile (Q) or Final Chapter (R), healing an ally in combat with Zoomies! (E), and even dashing between allies in combat with You and Me (W) thanks to it proccing the Summon Aery keystone. Therefore, Yuumi will have a near permanent 35% heal and shield increase to her Zoomies (E), passive shield, and the heal granted by Moonstone, resulting in some ridiculous healing during elongated fights.

Outside of Moonstone, look to build other items that enhance Yuumi’s heal and shield power, such as Ardent Censer, Redemption, and Staff of Flowing Water. Considering how often Yuumi is attached to her allies, there is no need for her to build boots, which allows her to complete other core items much quicker than other supports.

Though Yuumi has a low skill floor, she has an incredibly high skill ceiling and requires great timing, decision making and judgement to stay alive and protect her team. Play safe in the early game, and wait until you get Moonstone Renewer to produce some truly ridiculously healing.