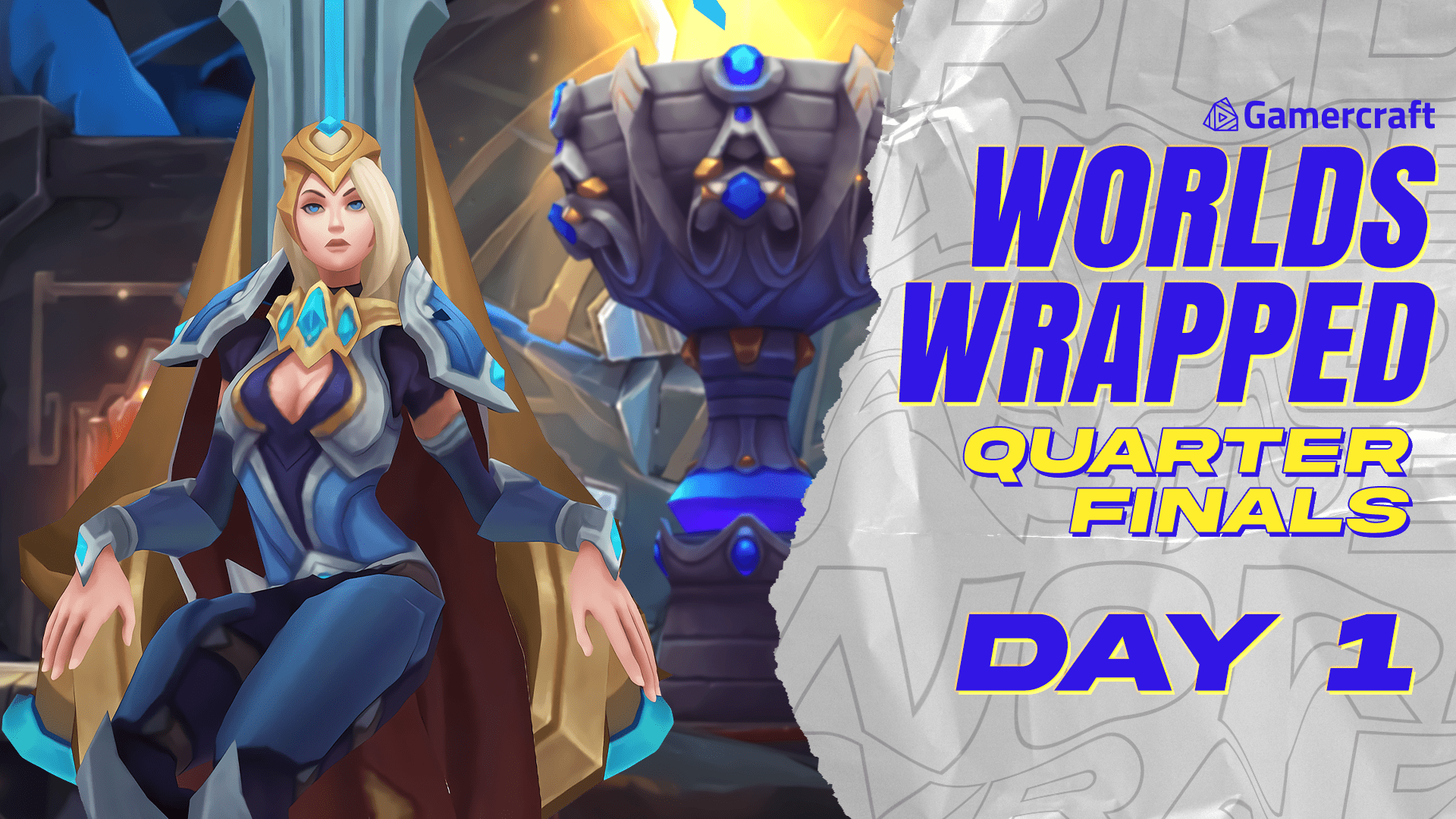 The first quarter final of Worlds featured a repeat of the LCK Regional Finals, as T1 and Hanwha Life Esports fought for a spot in the semi-finals. All eyes were on the mid lane, as Chovy took on Faker and the best laner in the world faced the best player in League’s history.

Even though T1 opted into a scaling composition by picking Graves top, Orianna mid and Aphelios ADC, they demonstrated the early game prowess that helped secure them a spot in the quarter-finals and took an early Rift Herald and a slew of turret plates. Perhaps even more impressive was Faker subduing Chovy’s phenomenal laning phase, as it was the first time in the tournament that Chovy was behind in CS at 15 minutes. These early advantages ensured T1 got ahead during an extended and chaotic skirmish in the mid game:

Once T1 had the lead, the power of their scaling comp was accelerated and allowed them to force multiple Barons to take down the Nexus, winning off the back of a beautiful Shockwave by Faker:

With T1 now on the red side, they utilised the counter-pick potential to draft an excellent composition:

By drafting this composition, T1 were able to dominate HLE after winning a 5v5 skirmish around the first Rift Herald, using the Herald to take the first turret and gain a 2.5k gold lead by the 12 minute mark:

A critical play during this fight was Gumayusi destroying the blast cone, denying Morgan’s Renekton the chance to use it to instantly dive T1’s back line. T1 easily snowballed this advantage to close out the game, cementing their victory with another clean team fight around the second Rift Herald:

HLE were playing for their tournament lives as they entered into game 3 of the series, yet curiously opted for a very similar composition that T1 had just dismantled in game 2:

The drafts, along with the game itself, mirrored games 1 and 2: T1 drafted counter-picks and utilised them well, and won the early game after a decisive fight around the Rift Herald:

Undoubtedly, T1 were the better team today as HLE failed to display versatility in their drafts or have answers for T1’s phenomenal early game. They cruised to a 3-0 victory after another convincing team fight victory around the Baron:

T1 ramped up over the course of the series, with each game looking more impressive than the last. Many believe T1 have the best early game in the world, and they proved why thanks to some brilliant fights around the Rift Herald which they capitalised upon to snowball to victory. They will play the winner of DK vs MAD in the semi-finals, while the second civil war will take place tomorrow as EDG face RNG in an LPL clash; don’t miss it.