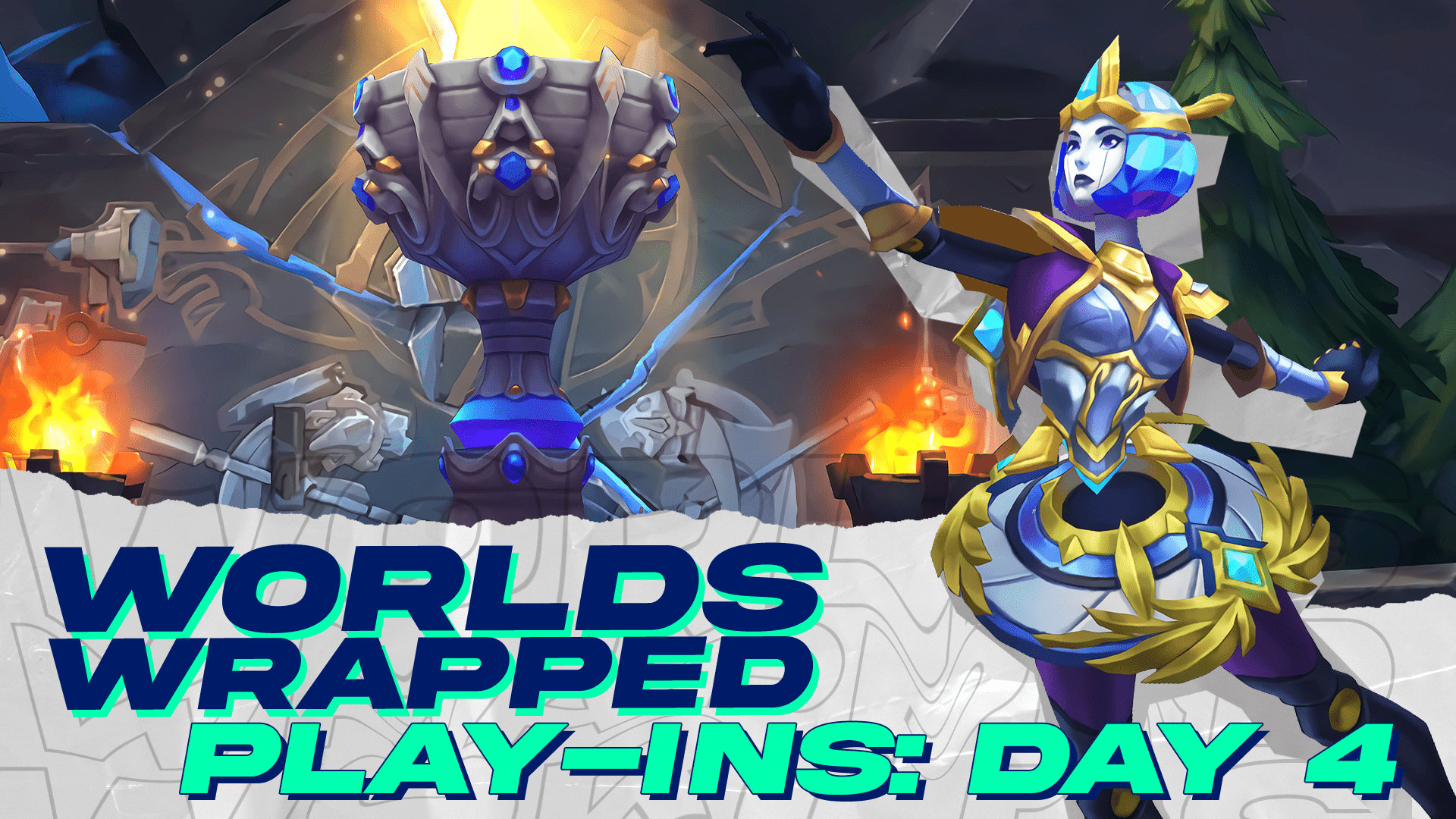 Today marked the beginning of the Play-Ins Knockout Stage with two best-of-5 series: Beyond Gaming vs Galatasaray and PEACE vs RED Kalunga.

BYG win the early game, but struggle playing around objectives

Game 1 began with BYG accumulating a 5k gold advantage while ceding all drakes, allowing  Galatasaray to gain the powerful Ocean Soul by the 27 minute mark. They were able to trade this for a Baron, but failed to take any meaningful advantages with the Baron buff meaning the Elder Drake would spawn:

With a Zoe steal that was equal parts brilliant and equal parts lucky, GS were able to steal the Drake; BYG traded this for the Baron, in an attempt to nullify the impact of the Elder Drake buff. Therefore, the game was decided by another Elder Drake fight:

By pressuring BYG away from the Elder Drake, GS were able to secure the buff and win the game. Game 2 followed a very similar script, as BYG seized control in the early game and even claimed an Ocean Soul for themselves. However, a questionable decision to back away from the Baron gave GS a window back into the game:

This wasn’t enough to close out the game and led to another Baron spawn, but BYG misstep again by fighting immediately after being damaged by the Baron and over-committing in an attempt to save their caught-out teammates:

With this, GS pushed out the top wave into the enemy base and took down the Nexus, going up 2-0 in the series.

On the brink of elimination, Beyond Gaming’s Doggo became unleashed and refused to go down without a fight. In game 3, Doggo piloted the Miss Fortune alongside the Amumu support to dominate the game and win within 27 minutes:

Game 4 was a little closer as GS were able to bait BYG to invest multiple members on the isolated and over-extending Renekton in the bot lane, all while the rest of GS took the baron. However, this wasn’t enough to stop Doggo and his 11/0/8 Miss Fortune, who won the game after this clean Camille/Miss Fortune ultimate combo:

As the Silver Scrapes began to play, the game would be decided by a single game. GS decided against banning Doggo’s Miss Fortune, and instead picked champions who could stick to her and blow her up (Gwen top, Olaf jungle and Twisted Fate mid). Mirroring game 1, the early game was close as BYG had the gold advantage but GS focused on stacking drakes. Even though BYG denied the Ocean Soul and escaped using an extremely well placed Ryze ultimate, GS cashed in a crucial shut down kill on Doggo’s Miss Fortune using Twisted Fate’s ultimate:

BYG then make another critical error around an objective by deciding to back away from the Baron while 5 members of GS were nearby:

In a series-winning play, Husha’s clutch Baron steal made up for BYG’s misstep and tipped the game completely in their favour; with the Baron buff, they won a final team fight and took the victory, knocking Galatasaray out of the tournament.

RED and PEACE surprise with their picks

RED Kalunga and PEACE then took to the Rift, and began the series with a spicy Kled mid pick for RED. PCE managed to take an early lead thanks to their potent Lucian/Nami bot lane and effective Jarvan IV/Rumble combo, who could trap targets into Jarvan’s Cataclysm with the Rumble ultimate layered on top of it:

Having just forced out the enemy Lucian and Rumble ultimate, RED make a very intelligent play around the Baron to take control of the game:

By starting the Baron, they force PCE to respond and are able to stomp the fight using their ultimate advantage. This buys enough time for TitaN’s Ezreal to scale and reach his late game power spike, enabling him to pop off during team fights:

On the back of this play, RED took the Baron and pushed through the bot wave to win the game. The surprise picks continue in game 2 as PCE opt for a Nidalee jungle, and use her early game pressure to take an early Rift Herald and a gold lead in the laning phase. This allows PCE to make a clean tower dive in the bot lane and extend their advantage:

Once PCE had a gold lead, they never let it go and tied up the series 1-1.

Vizicsacsi’s Poppy is one of the most iconic picks in League’s rich history, and has been banned multiple times in the tournament out of respect. In game 3, Vizicsacsi decided it was time to lock it in considering how well it countered the enemy Yone, Sylas, Rakan and Lee Sin. Although it wasn’t the main carry of the game, it supported the carries of Aphelios and Aatrox due to her multiple forms of CC and ability to block enemy dashes:

On the back of some scrappy team fights, PCE took the lead in the series 2:1. However, the series would quickly become 2:2 as RED dominated game 4 and won within 25 minutes with a 13k gold lead; this cued the second Silver Scrapes of the day. Unfortunately for RED, they were on the receiving end of a stomp in game 5 after an impressive Renekton top performance quickly snowballed out of control:

In just under 24 minutes and with a 15k gold lead, PEACE closed out the series and eliminated RED Kalunga from Worlds.

Tomorrow will see Cloud 9 take on PEACE, while Hanhwa Life Esports play Beyond Gaming; the winners will advance to the Group Stage, while the losers will go home.

See you tomorrow for another rundown of the action from Worlds!