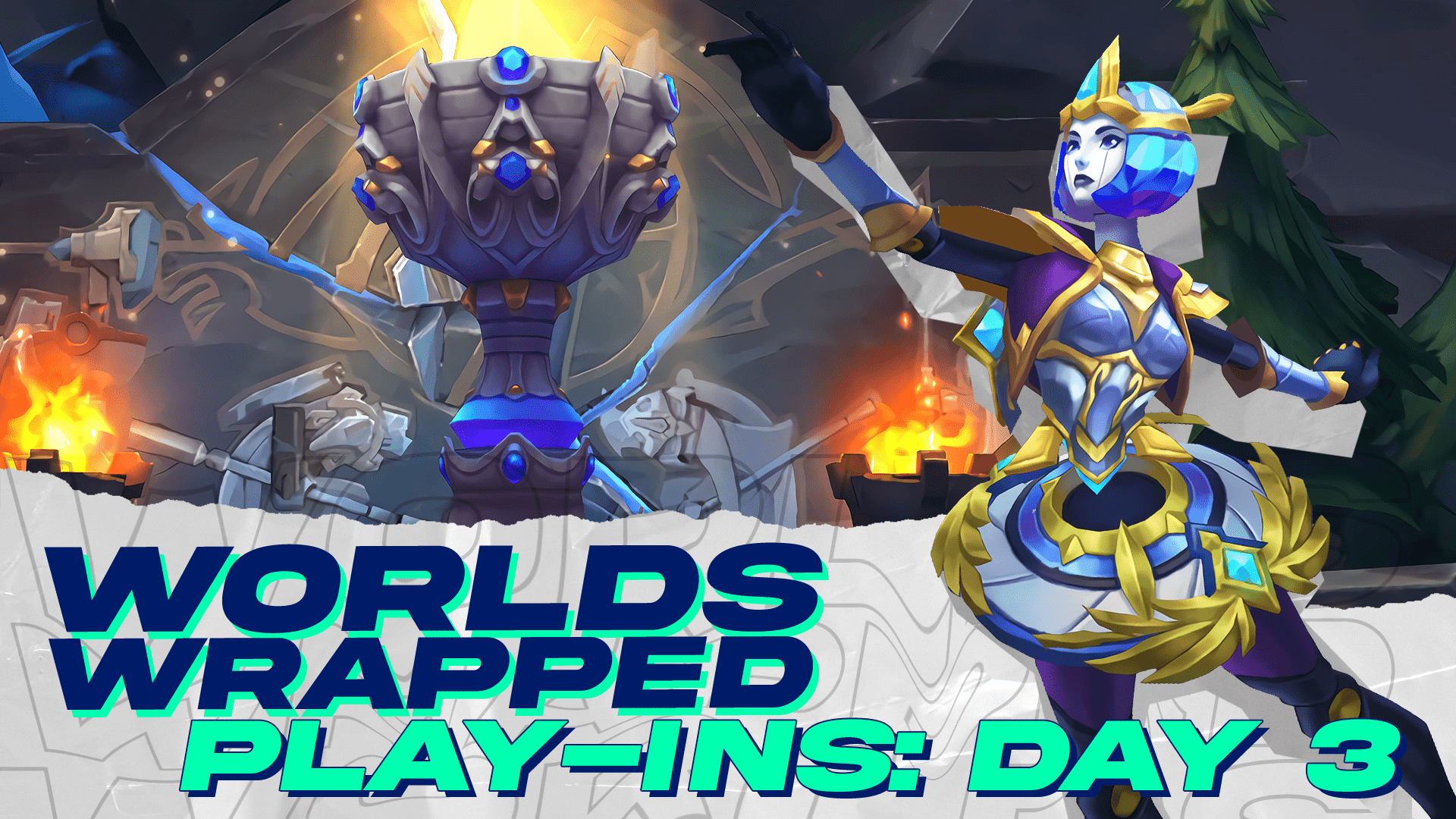 In what should have been a relatively short day, the Unicorns Of Love surprised Cloud 9 with a Senna/Sion bot lane and forced tiebreakers to decide the final standings in Group B; let’s go over the biggest talking point from day 3 of Play-Ins.

The Unicorns bow out, but not before playing spoiler to Cloud 9

UOL were fighting for their tournament lives in the fourth game of the day, and put their faith in 1-3-1 composition featuring a fasting Senna/Sion bot lane. The Unicorns took the lead in the early game, securing the first two drakes and punishing C9 as they attempted to stop a Rift Herald play thanks to their numbers advantage:

Zven (Miss Fortune) was stuck in the bot lane while Argonavt (Senna) had already roamed up to the mid lane and SaNTaS (Sion) joined the fight using his teleport, meaning Cloud 9 were greatly outnumbered. The Unicorns continued to snowball their advantage, pushing deep into Cloud 9’s jungle and catching them off-guard on the bot side of the map:

From there, it only took one more team fight victory to close out the game in less than 25 minutes. Through the use of the Camille ultimate, stolen Gangplank ultimate from Sylas, and the front-line Sion, UoL were relentlessly aggressive and used their zoning abilities to split up Cloud 9 and win the fight:

This game’s result was huge, as the previously winless UoL had not only secured themselves a tie-breaker against Beyond Gaming to avoid being eliminated, but also denied Cloud 9 the first place seed and an automatic pass into the Group Stage. Despite drafting a similar comp with Senna/Wukong in the bot lane, Beyond Gaming outclassed UoL at every turn and knocked them out of the tournament.

After obliterating Beyond Gaming earlier in the day, DFM had earned a tiebreaker game against C9 and were looking to redeem themselves after losing against them on day 1. However, DFM were a very different team this time around as they had been ramping up over their last few games and managed to draft a much better composition:

The early game was very close, with both teams striking blows. Crucially, C9 used their Olaf pick to start stacking drakes early and were already on Infernal Soul point by 17 minutes. They were able to secure the Infernal Soul that synergised very well with their poke composition (Jayce, Zoe, Miss Fortune), but had to trade it for the Baron after losing the team fight:

DFM tried to snowball their Baron into absolute control over the game, but overextended in an attempt to take the bot tier 2 tower. Therefore, the game came down to one final team fight around the Elder Drake:

Immediately after this, DFM took the Baron and used the power of both buffs to steamroll into C9’s base and take down their nexus. This is the first time in World’s history that a team from the LJL has advanced to the group stage, so congratulations to DFM for a brilliant achievement!

LNG advanced to the Group Stage alongside DFM after taking down INFINITY, who were eliminated from the tournament. There are now just two spots remaining in the Group Stage, which will be decided by the winners of the Knockout Stage bracket:

Play of the Day

In an elimination tiebreaker game, Beyond Gaming’s Liang unbenched the Kench and pulled off this impressive 2v1 by showing off his Tahm Kench proficiency and fancy footwork.

An additional two teams will be eliminated tomorrow as the first best-of-5’s of Worlds 2021 will be played; see you tomorrow for another rundown of the day’s biggest talking points.