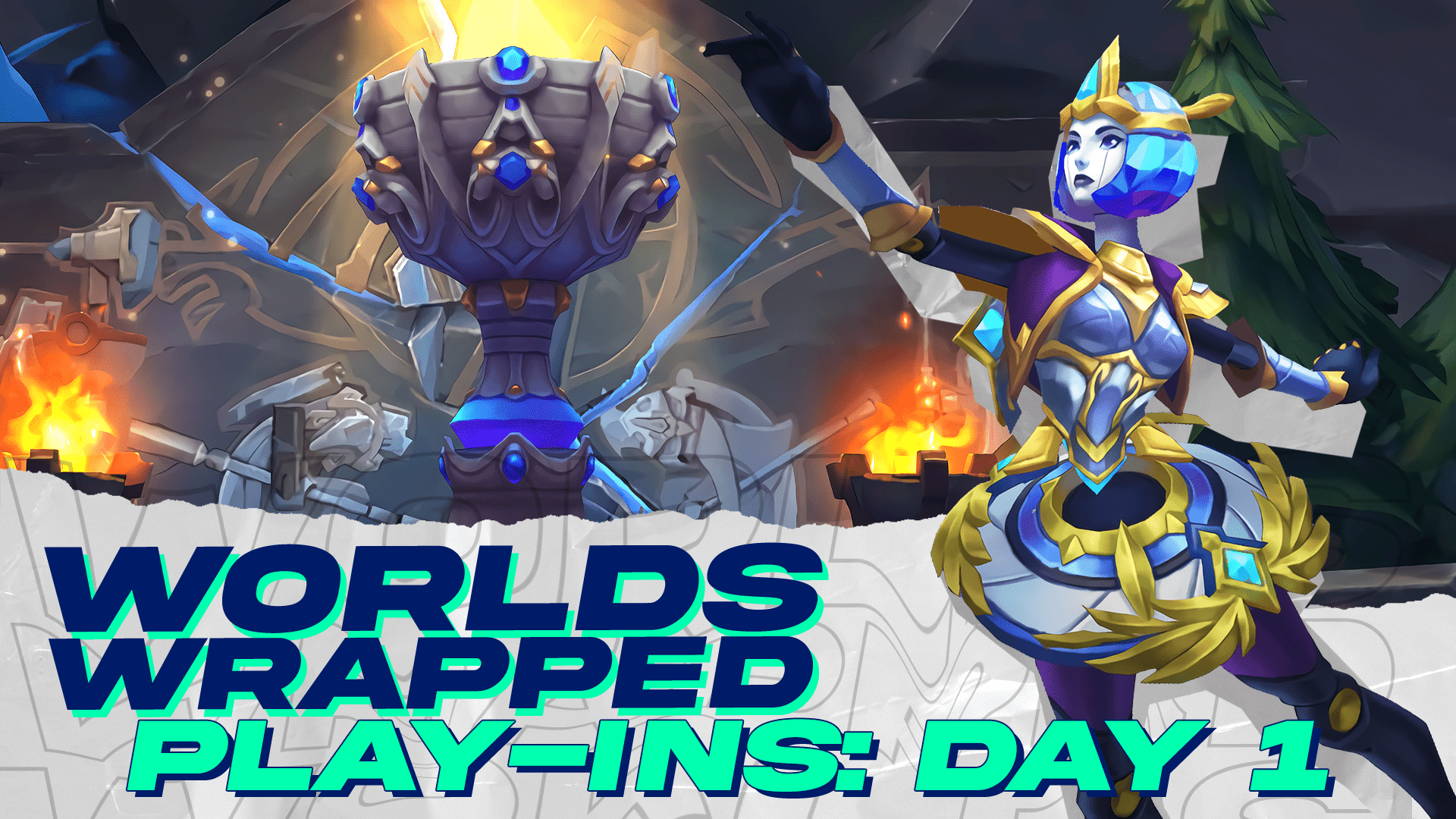 It’s been a long wait for 2021 Worlds to begin, but that day has finally arrived; let’s go over the biggest talking points from Day 1 of the Play-Ins stage.

The tournament kicked off with a bout between the LCK and LPL’s fourth seeds, Hanwha Life Esports vs LNG Esports. Both teams find themselves in Group A of the Play-Ins stage and are heavy favourites to progress to the Group stage, and opted for completely different styles of team comp:

Between the Irelia top and Tryndamere mid, HLE had an excellent 1-3-1, while LNG opted for a teamfight comp thanks to an incredibly strong wombo-combo between the Miss Fortune, Rakan, Gragas and Qiyana. Tryndamere mid has been rumoured to be a very strong pick during the build up to Worlds, and we got to see why:

The ultimate (Undying Rage) used in combination with Goredrinker means Tryndamere can survive for an absurd amount of time while sticking on squishy carries. Despite this, it wasn’t enough to secure HLE the victory as LNG countered the full AD comp with the Jax pick, who was able to match the split push pressure, stack armour to drastically reduce his damage taken, and use his E (Counter Strike) to nullify the threat of the melee carries:

After the most infamous scuttle crab in League’s history caused Cloud 9 to crash and burn against Japan’s Detonation Focus Me at MSI, they were looking for revenge. DFM made some questionable decisions during the draft, including a first pick LeBlanc, picking Alistar after C9 had already locked in Sylas who can steal away his potent ultimate, and giving up the powerful Miss Fortune/Leona bot lane in favour of the unproven Jhin/Alistar. C9 punished these mistakes and secured a decisive victory, starting with a slew of successful turret dives and ganks during the early game, translating these advantages into an early Infernal Soul and Baron buff, before swiftly destroying the enemy Nexus.

In a surprising display in the bot lane, Miss Fortune had a 100% pick rate and 75% win rate in today’s games and appears to be a very strong pick in the meta. Her E (Make It Rain) helps set up jungle ganks or catch out over-extended opponents, while ultimate (Bullet Time) synergises very well with the hard CC provided by some of the most popular support picks (such as Leona and Amumu):

In addition, she is a versatile pick as she can be built in a variety of ways; players can opt for Press The Attack for skirmishing power or Arcane Comet for poke damage in lane, and build Eclipse with Lethality items to shred through targets or the standard crit build with Galeforce for the extra mobility. It will be interesting to track whether the priority of Miss Fortune changes as the tournament meta develops, and which build proves to be the most successful.

After taking down HLE and Oceania’s Peace, LNG were able to cement themselves as the first place in Group A. Group B is looking a little more surprising, with Galatasaray topping the group as the first seed from the Turkish Championship League; they play C9 in the final game tomorrow, which could decide which team automatically advances to the Group stage.

Play Of The Day

One of the reasons why Galatasaray are top of Group B is thanks to this exceptional team fight against Beyond Gaming from the Pacific Championship Series. Using the enemy Jarvan’s Cataclysm to extend Qiyana’s Supreme Display Of Talent forced out multiple stopwatches, and allowed Kennen to clean up the fight with a brilliant Slicing Maelstrom. Following on from this fight, Galatasaray immediately ran down the mid lane and took down the Nexus.

See you tomorrow for a run down of the highlights from the second day of Play-Ins!