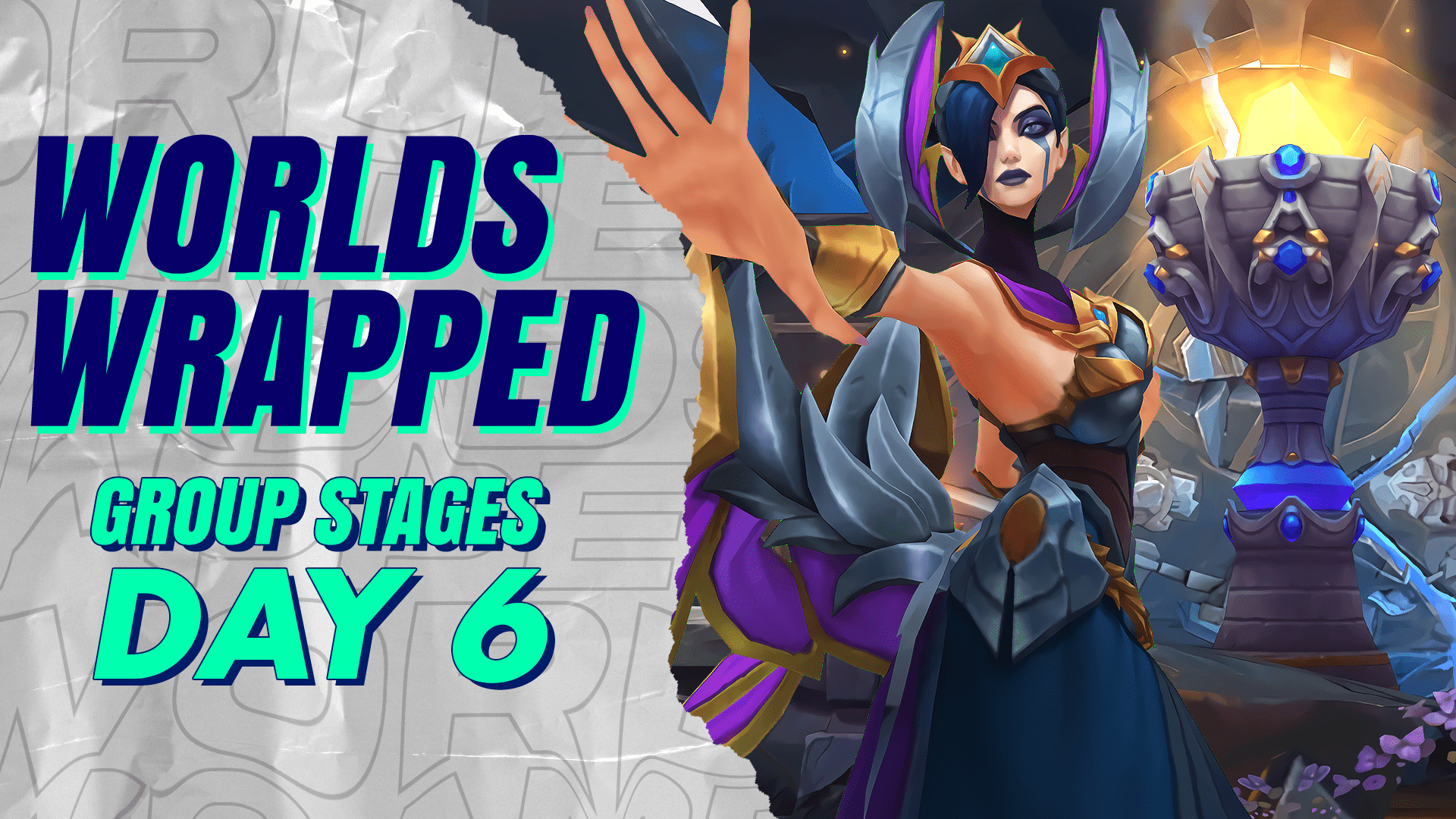 Today’s matches saw Royal Never Give Up, Fnatic, PSG Talon and Hanwha Life Esports play out the rest of their games in Group C; let’s break down who advanced to the quarter-finals, and who was eliminated.

RNG stumble, but still advance as the first seed

The LPL teams have been struggling so far in week 2, and it looked as if RNG would continue that trend as they lost their first game to FNC and were forced to play a tie-breaker against HLE for the first seed. This turned out to be an incredibly close game, as HLE were looking hot after going 3-0 on the day, had just beaten RNG, and hoped to use this momentum to find similar success.

HLE started off the game strong, primarily through Chovy’s Twisted Fate who proved why he is regarded as the best laner in the world after accumulating a ridiculous amount of farm:

Despite a large gold lead throughout the game, HLE made a critical error by over-extending after a drake fight and offering RNG a window back into the game:

This bought RNG time to scale and allow their team fighting composition (Kennen, Galio, Miss Fortune and Rell) to come online. After winning an extremely scrappy and complex fight around the Baron pit, they were able to secure the Baron and gain control of the game:

After securing the Ocean Soul thanks to their superior team-fighting composition, RNG took another Baron and won the game. Though they still advance from Group C as the first seed, they looked inconsistent and fallible, and may not be the tournament favourite that many expected them to be.

PSG and FNC are eliminated

PSG finished their tournament with a solid 3-3 record, losing to RNG and HLE but taking down FNC. After years of consistent success at international tournaments, this is the first time the PCS’s first seed earned a spot in pool 1 and avoided the first seeds from the other major regions in groups. Between Beyond Gaming’s run in the Play-Ins stage and an admirable performance from PSG, they once again proved their region demands respect on an international level.

Meanwhile, FNC were forced to overcome some incredibly difficult circumstances when it was announced their ADC Upset would be unable to play hours before their first match due to personal circumstances. Their week 1 performance was difficult to watch, as the team were underperforming on an individual level and were understandably struggling to adjust to a new roster with next to no practice.

They came into the day with a 0-3 record and were striving to emulate C9’s miracle run from earlier in the week. The dream was kept alive after they took down RNG using their usual level of aggression, and though they fought valiantly against HLE and got ahead early, an over-extension around the Infernal Drake gave the lead and momentum to HLE:

Nevertheless, FNC should be proud for not only adapting to such difficult circumstances, but coming back after a soul-crushing week 1 and playing today with smiles on their faces and a renewed fire in their game.

Today’s play of the day goes to Adam, FNC’s top laner who has only been playing in the LEC for one split. Having had a rough early game and falling far behind as Jayce, he made a bold close-range teleport to pick off the incredibly fed late-game Aphelios and swing the game in FNC’s favour:

Team Liquid, MAD Lions, Gen.G and LNG Esports will battle it out to decide the final two teams to qualify for the quarter-finals; don’t miss it.