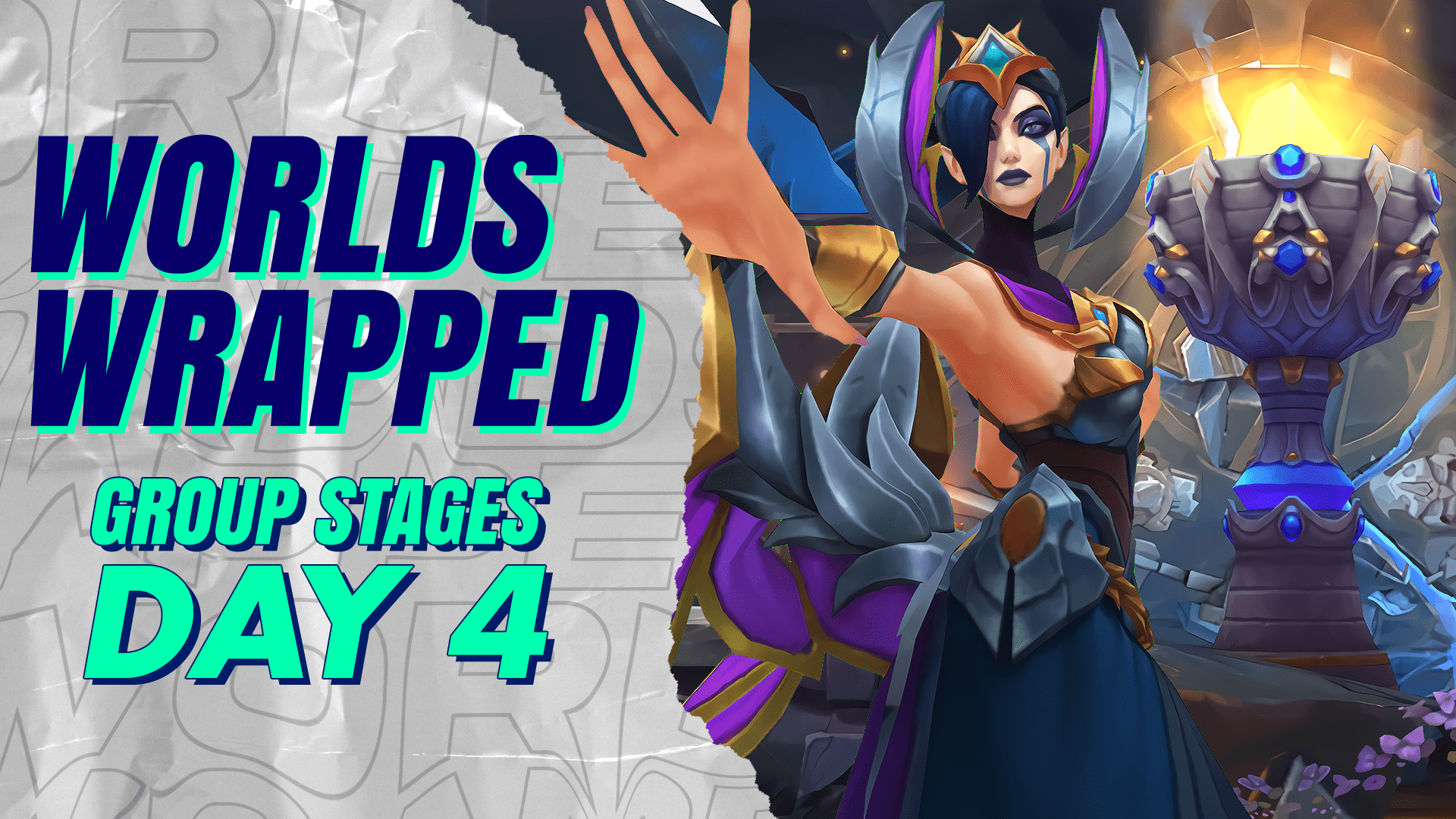 Today’s games blew everybody’s expectations out of the water, as a tournament favourite fell and Cloud 9 made the miracle run; let’s go over the final games from Group A.

Cloud 9 rise from the ashes

Heading into the day, Cloud 9 were 0-3 and had a very slim chance of making it out of groups. Their first game was against Rogue, and managed to punish Rogue’s level 1 invade with Blaber securing the red buff with his Smite and setting his team up for a double kill:

They snowballed this advantage into a decisive victory by repeatedly ganking Hans Sama -- who had been Rogue’s strongest performer -- and suppressing any impact he could have on the map, and making use of some great roams by Perkz and Vulcan. Early game domination was also the strategy in their next game against FPX, with some excellent early game skirmishes resulting in a 4k gold advantage by 10 minutes and another snowball victory. Suddenly, Cloud 9 were 2-3 and looking like real contenders in light of their opposition fumbling.

The outcome of the day’s games meant there was a three-way tie between C9, FPX and RGE, and as C9 took the shortest amount of time to win their matches, they would play the winner of FPX and RGE to decide who would claim the second seed. Their opponents ended up being Rogue, who dispatched FPX off the back of another brilliant performance by Hans Sama.

It all came down to a single game to decide whether NA or EU would advance to the quarter-finals. The game was unbearably tense, with neither team wanting to commit to any plays out of fear of making a mistake that would cost them their tournament lives. Rogue’s composition was focused on making picks and split pushing (Jayce, Olaf, Ryze, Jhin and Rakan), and though they were able to find several crucial picks throughout the game, they were unable to fully take advantage of their split-pushing potential.

Meanwhile, Cloud 9 had opted for a team fighting comp with the potential for a huge wombo-combo by Wukong, Miss Fortune and Alistar. As the game got to the very late game and Rogue were forced to take multiple 5v5 fights around key objectives, the superior team fighting comp shone:

The day belongs to Cloud 9, who should be commended for their mental fortitude, resilience and determination for making the miracle run happen and bouncing back from a 0-3 start.

While the second seed advancing out of Group A was surprising, seeing Damwon Kia advance as the first seed with a 6-0 record was not. DK have looked ferocious during the group stage and are making it clear they have their eyes fixated on winning a back-to-back championship. They also took the chance to demonstrate their versatility today, opting for the more unorthodox Poppy jungle, Jax top, and Kassadin mid yet displaying absolute mastery over these champions too:

FPX and Rogue are eliminated

Today marked the biggest upset of Worlds so far, as tournament favourites FPX crashed out after a dismal 0-4 day. FPX have produced pure magic throughout the year in the LPL and many believed they were going to claim their second title following their victory in 2019. However, they failed to live up to expectations and appeared to be a lost and disjointed team during their games today. This result will be particularly devastating for Nuguri, who left DK last year to join FPX and will now have to watch from home as his former teammates continue on in the tournament.

Rogue’s departure is a difficult pill to swallow for European fans, given how close they were to advancing. Expectations for this team were very low when they were drawn into a group alongside DK and FPX, but with FPX crumbling, Rogue had a real shot of making it out. Unfortunately, much like their performances in the LEC Playoffs, they couldn’t cross over the finish line and appear to be plagued by a lack of clutch factor during intense moments.

Despite being in a 4v5 at the beginning of the fight, DK’s Khan demonstrated exceptional mechanics on Lucian and secured the first penta-kill of the tournament:

Tomorrow, Group B will play out the remainder of their matches, so check back to see whether EDG, T1, 100T or DFM will join DK and C9 in the quarter-finals.