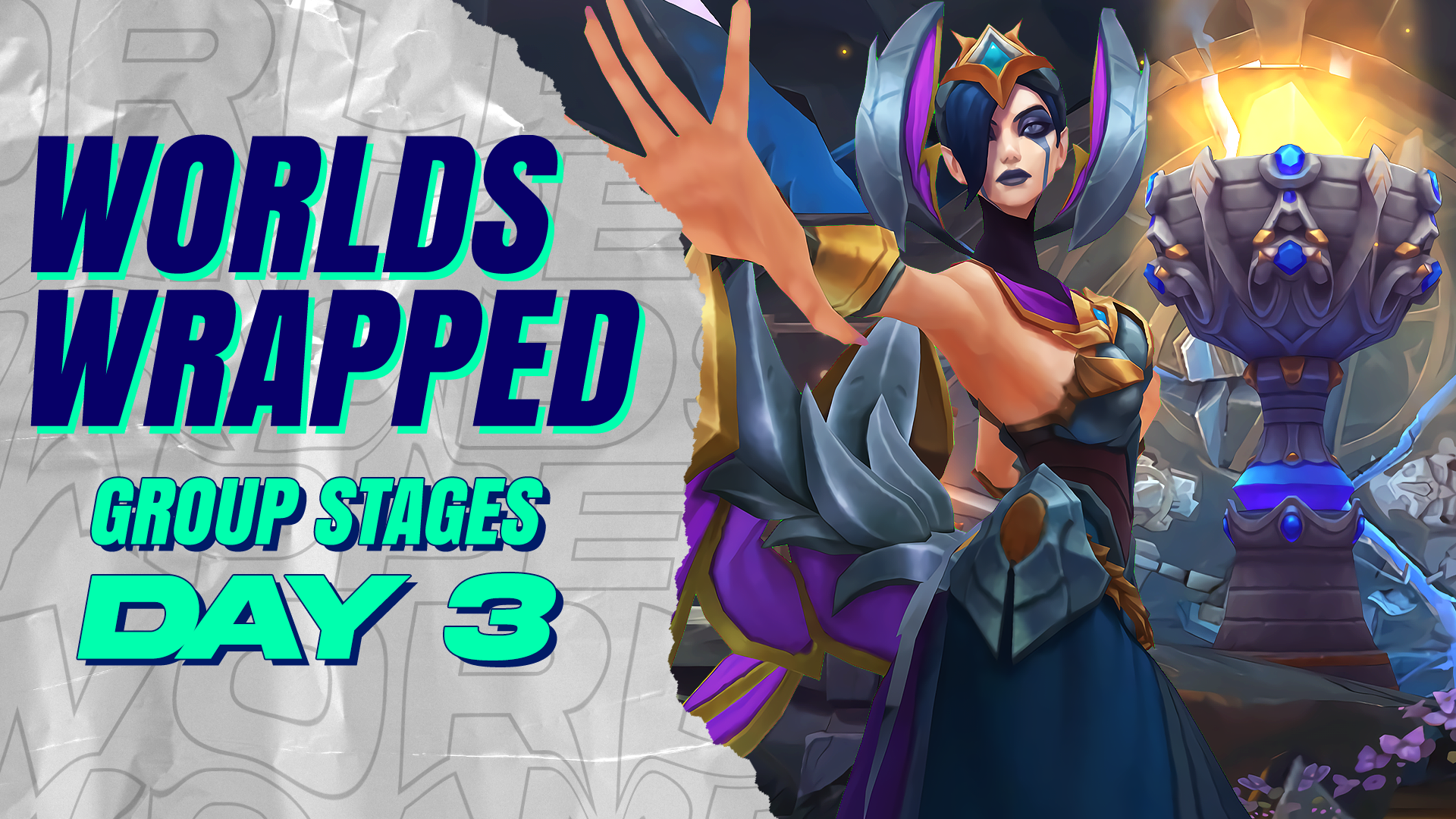 Today marked the end of the first round-robin, and proved to be a very difficult day for Western League fans; here are the biggest talking points from today’s games.

LNG took on the MAD Lions in the second day of the game, and outclassed them across the board through some exceptional uses of stopwatches and punishing over-forces by MAD:

Many analysts had predicted the MAD Lions to be a top four team going into Worlds, but they will need to make drastic changes after their 1-2 start if they want to make it out of groups.

FPX have looked fallible after going 1-1 so far, and were hoping to prove why many deemed them to be tournament favourites in their game against Rogue. Despite being able to pick off Nuguri in the side lane several times, Rogue were forced to contest every drake after FPX secured an early Mountain Soul point and were dispatched by FPX’s superior team fighting:

Bad habits have resurfaced for Fnatic, as they have played with needless aggression and are sorely missing the presence of their consistent ADC Upset. It looked as if the same aggression would result in another loss against PSG, with FNC managing to take an early Rift Herald but unnecessarily forcing a fight afterwards:

However, it was this same aggression that got FNC back into the game as they were able to come out on top during several scrappy fights and even claim an Ocean Soul. This close game finished with Maple clutching the team fight as Sylas, taking Nisqy’s Tryndamere ult to shred through the backline while Nisqy used his far too early:

It was a tough day to be a Western League fan, as the NA and EU teams went a collective 0-6. DK looked terrifying in their 32 victory against C9, while T1 managed to generate a 5k gold lead within 15 minutes against 100T and cemented their victory with some brilliant Kennen flanks by Canna:

Gen.G dominated Team Liquid in the early game thanks to a brilliant performance by Clid on Trundle and BDD on Sylas, and were able to pick up an incredible 13 turret plates before they disappeared. They extended their lead with a cross map ace thanks to an excellent Amumu ultimate by Life:

Team Liquid did have a chance of coming back into the game after a huge misplay by Gen.G when they decided to dive the inhibitor tower instead of taking the free mid inhibitor:

Despite being able to claim the Baron after this play, it wasn’t enough to stablilise the game for TL and Gen.G closed out the game with another excellent performance by BDD; remember his name because he’s having one hell of a tournament.

EDG have looked unbeatable throughout the tournament so far, so it was surprising for their first real challenge to come from the LJL’s DFM who qualified from the Play-Ins stage. DFM were able to utilise the incredible mobility of Talon jungle to make crucial ganks in the early game:

Their Poppy top pick was able to counter the multiple dashes available to EDG’s comp (Jayce, Lee Sin and Braum) and helped get DFM to a 5-0 kill lead. EDG remained composed and proved they could play just as well from behind as they do when ahead, steamrolling to victory after this critical team fight:

Despite losing against FPX, Hans Sama had another impressive performance including this beautiful display of movement to avoid a 2v1 flank:

Worlds will continue on Friday where we’ll see Group A play out the remainder of the games to decide who will advance to the quarter-finals.