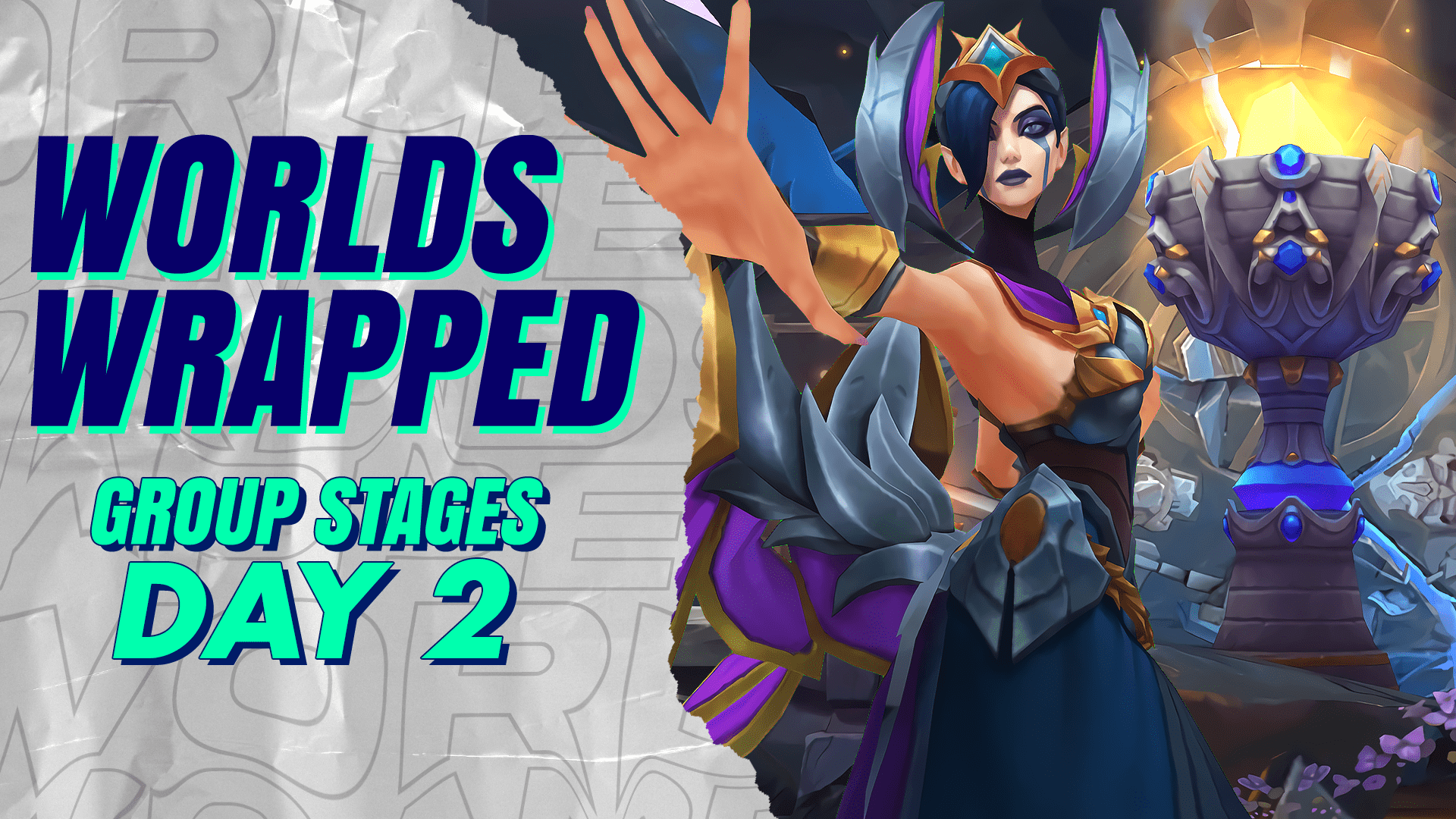 Another 8-game day featured a surprising performance from EU, another chapter in the EDG vs T1 rivalry, and a questionable base race; let’s go over the biggest talking points from day 2 of groups.

Tense games to kick off the day

The day began with a storied rivalry between T1 and EDG, and the game did not disappoint with one of the highest quality games we’ve seen at Worlds so far. EDG eked out early advantages through excellent laning and macro decisions, but T1 used their poke composition (Jayce, Ziggs and Twisted Fate) to punish EDG over-staying around the Baron. However, EDG regained their composure and cleanly finished out the game.

Rogue then took on the reigning world champions in Damwon Kia, who were heavy favourites going into the game after decimating FPX yesterday. An unexpected Fiddlesticks jungle pick meant Rogue were relinquishing the early game, and fell extremely far behind after DK made some excellent jungle invades and Khan secured two solo kills in the top lane.

The game looked completely over as DK generated a 6k gold lead within 15 minutes and were preventing Rogue from making any plays on the map, but DK failed to do anything with their advantage while Hans Sama found some critical kills on Lucian. Khan then got greedy for a ward after a skirmish, and Rogue were swift to punish:

This play allowed Rogue to take the Baron and it looked as if a miracle comeback may be possible, but Showmaker and Beryl quelled Rogue’s hopes after demonstrating incredible patience for a flank around the Elder Drake:

Nevertheless, Rogue should be praised for their resilience and may be able to surprise everyone by swiping second place in Group A.

PSG, FPX and 100T pick up their first wins

PSG picked up an impressive win against HLE after running a hyper-mobile team with 3 teleports on their mid, top and jungler:

Despite being the underdog, C9 fought valiantly against FPX after picking up multiple kills in the early game and even a Baron in the mid game. However, after Perkz repeatedly got caught out in side lanes and opted for a questionable base race against a baroned up enemy team, FPX took down the Nexus:

100 Thieves were also able to pick up their first win of the tournament by crushing DFM, primarily through Closer picking his signature Viego and snowballing the powerful Lucian/Nami bot lane.

Group D is all tied up

The MAD Lions looked shaky yesterday in their game against TL, and showed similar struggles in a very back and forth early game. However, they bounced back with their team-fighting composition (Wukong, Qiyana and Yuumi) and proved why team fights won them the LEC:

After taking two uncontested Barons, they utilised split push pressure brilliantly and were able to destroy 3 inhibitors and eventually the Nexus. The day closed with absolute domination by LNG against TL, who lacked proactivity and were outplayed by LNG across the board. This means every team in Group D is 1-1, meaning any team has a genuine shot of making it out.

LNG’s Ale made the great escape on Fiora, with a little assistance from his support:

Tomorrow will mark the end of the first round robin, and will paint a clearer picture of which teams are likely to progress to the quarter-finals; see you tomorrow for another day of Worlds action.