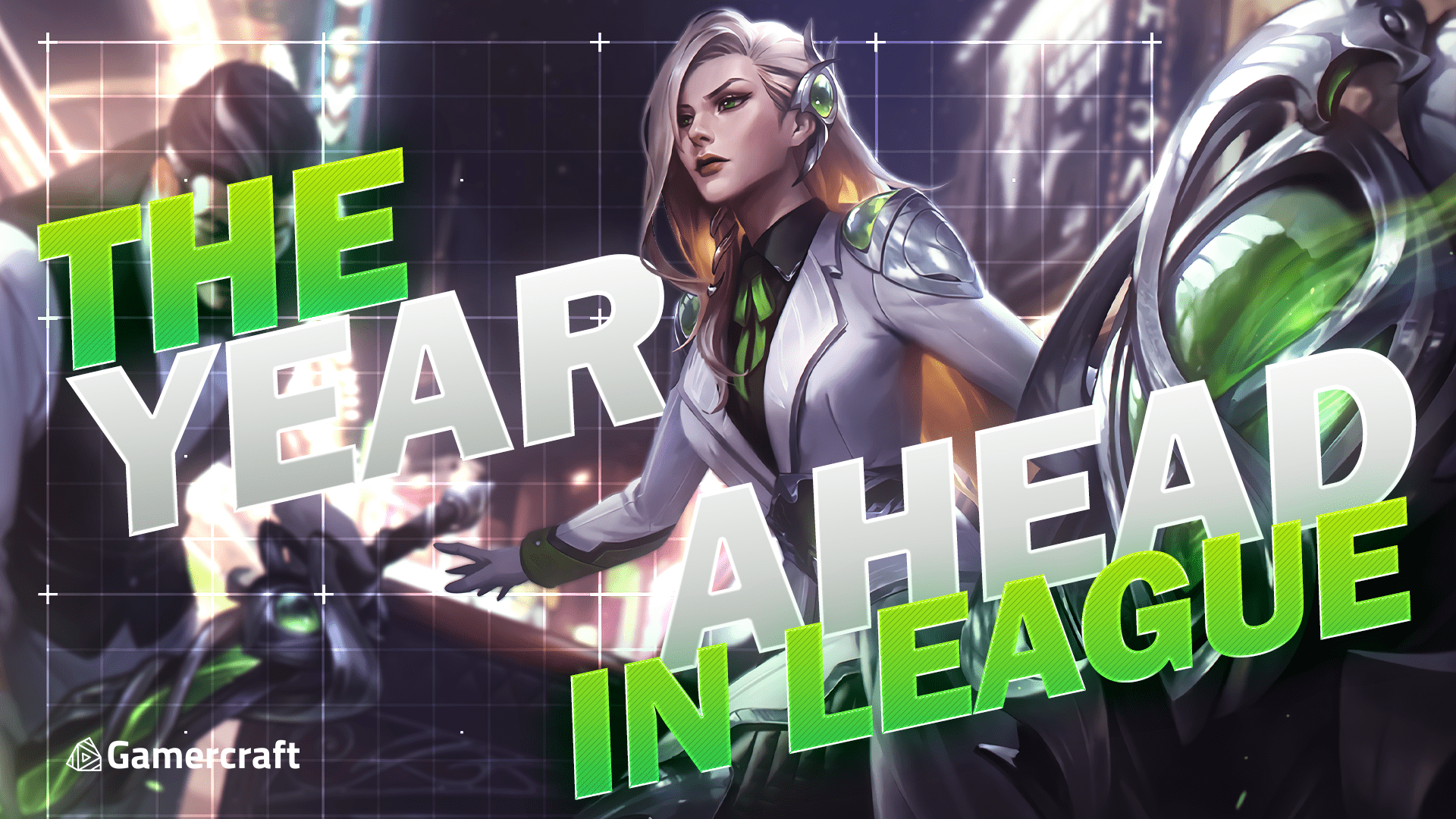 The Year Ahead In League: 2022 Overview

The Year Ahead In League

As the 2022 Season has now started, Riot have rang in the new season with a huge amount of announcements for the upcoming year; let’s break down the biggest talking points.

The newest champion hitting the Rift has already been announced, and Zeri will make her debut in a couple of weeks. This Zaun marksman has a unique interaction between her basic attacks and Q, as her basic attacks scales with AP and deals magic damage while her Q has shoots a burst of 7 rounds to the first enemy hit that scale with AD and apply on hit effects. Zeri’s Q will therefore be her primary method of farming and dealing damage, meaning players will have to be spamming it throughout a game in order to optimally play Zeri. Stay tuned for more on Zeri over the next few weeks!

Following on from Zeri, the next champion that will be released is an enchanter. Details are scarce at the moment, but Riot have teased the champion will focus on buffing and saving allies and will make support players feel heroic for making those clutch saves. Between a brief teaser image and the promise the champion is a sinister and darker character (something the enchanter role desperately needs), early speculation is an alchemist using their potions to augment allies to make them go ‘berserk’, so watch this (chemical) space for more info.

Not only will we be seeing new champions, current champions will be receiving VGUs. After winning the 2021 champion update poll, Udyr will be updated this year to include more complex and niche stances and the opportunity to make hype plays. The poll for the 2022 champion update poll has also gone live, and the 5 eligible champions this year are:

You are now able to vote for which champion you think deserves a VGU in the client, which also features a description of what general changes will be made should a champion win the poll; make sure to read these before voting! For example, if Tryndamere wins, he will retain his ultimate which may affect your vote.

In an effort to develop player identity and how you express yourself as a player, challenges will be coming to League over the next few months. Challenges are League’s equivalent to traditional achievement systems, wherein you are rewarded for certain in-game accomplishments and can show off your earned challenges with titles and badges. There are 6 different types of challenges:

You’ll be able to rank up each challenge from Iron to Challenger the more you fulfil its criteria. This also means there are only a finite amount of players who can have a Grandmaster/Challenger rank for each challenge, and you’ll be constantly competing against other players in your server for those slots.

Finally, Riot announced some champions that would be receiving skins this year after they entered the ‘1000 day club’ for not receiving a skin for a very long time. These are:

Some new skins were also teased, including Orianna-bee, an expansion to Riven’s Battle Bunny universe named Anima Squad, and some new Star Guardian and High Noon skins. Players will also have the chance to vote for one pre-existing skin line to be modernised and revamped this year out of Arclight, Goth and Infernal, so make sure to get those votes in.

Riot have started off the season with a bang thanks to some incredibly exciting announcements and teasers for the year. The impact of the preseason changes were not discussed, but this was due to these announcements being recorded in November before preseason had landed, so watch this space for any major gameplay updates.