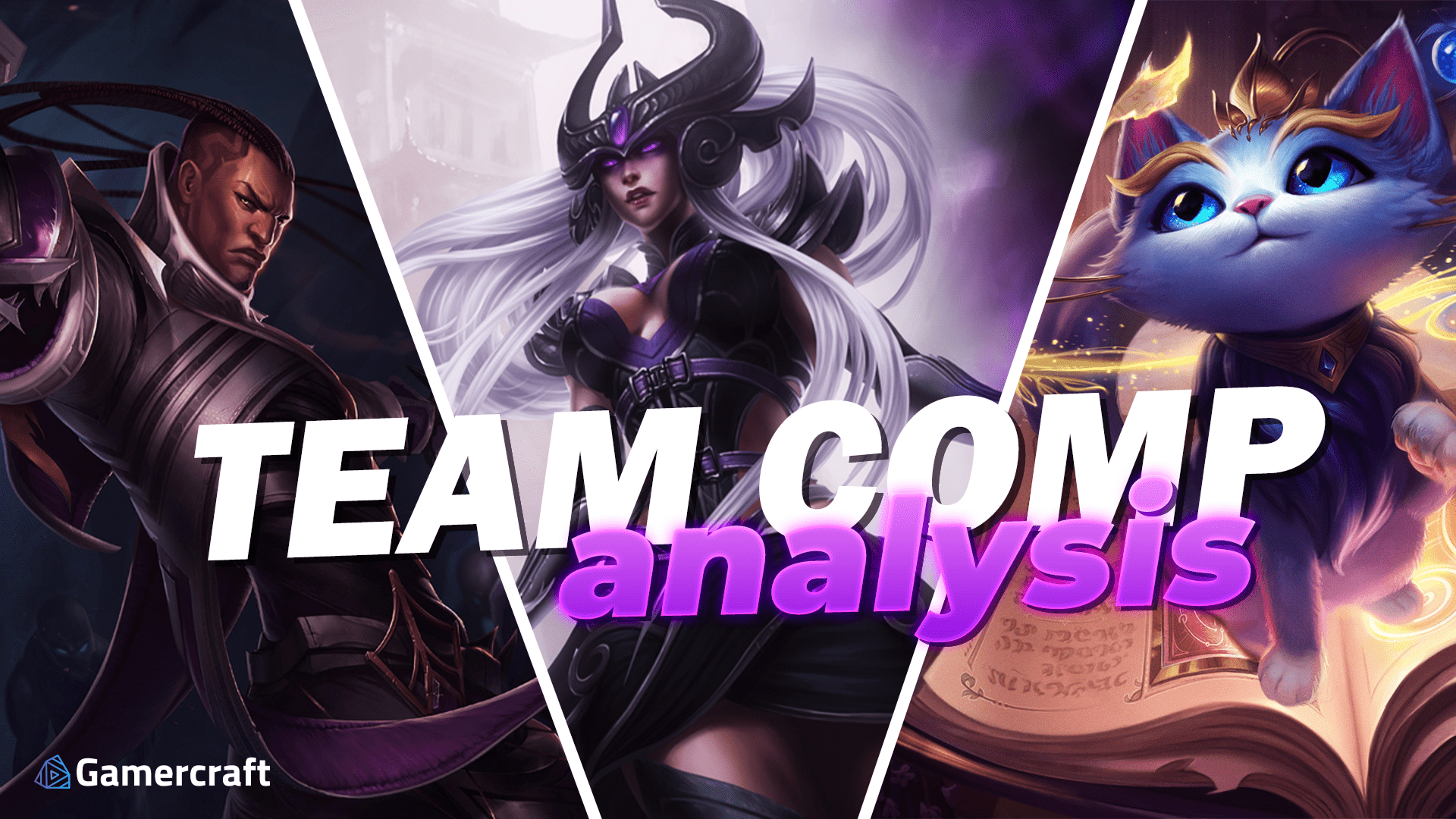 Welcome to our Team Comp Analysis inspired by Worlds 2021! We're showing you some of the strongest comps to try out in your games and strategies to make sure that composition shines. Let's get started!

This composition is all about pulling off potent wombo-combos during team fights. After receiving a large buff to his Q (Bandage Toss), Amumu has risen in popularity in the support role due to the effectiveness of his kit on such a low-income role. He will often be the initiator with his Q + ultimate to set up the ultimates of the Kennen, Miss Fortune and Orianna. However, this comp may struggle in the early game as a lot of its power is in the mid/late game when you are able to use your ultimates in team fights, so play with caution during the laning phase and have faith in your scaling.

LeBlanc has emerged as one of the best mid laners throughout the tournament, thanks to her mobility, back line target access, and her transition from an assassin in the early/mid game to a late-game poke threat. When paired with Lee Sin and the powerful Lucian/Nami bot lane, this composition has excellent mobility and pick potential. It can struggle in team fights as the carries primarily deal single-target damage, so it’s important to play out team fights appropriately by focusing on isolating and blowing up one enemy at a time.

Aphelios is a high-risk, high-reward ADC due to his incredible damage output but lack of agency and mobility. It’s therefore important to pair him with a support that can peel for and enable him, such as Lulu or Thresh, and playing safely during the early game before Aphelios comes online after securing a couple of items. This composition can lack engage potential outside of the Jarvan and Syndra, but can mitigate this weakness by utilising its excellent pick potential to picking off an enemy before a fight begins and then taking a 5v4 fight.