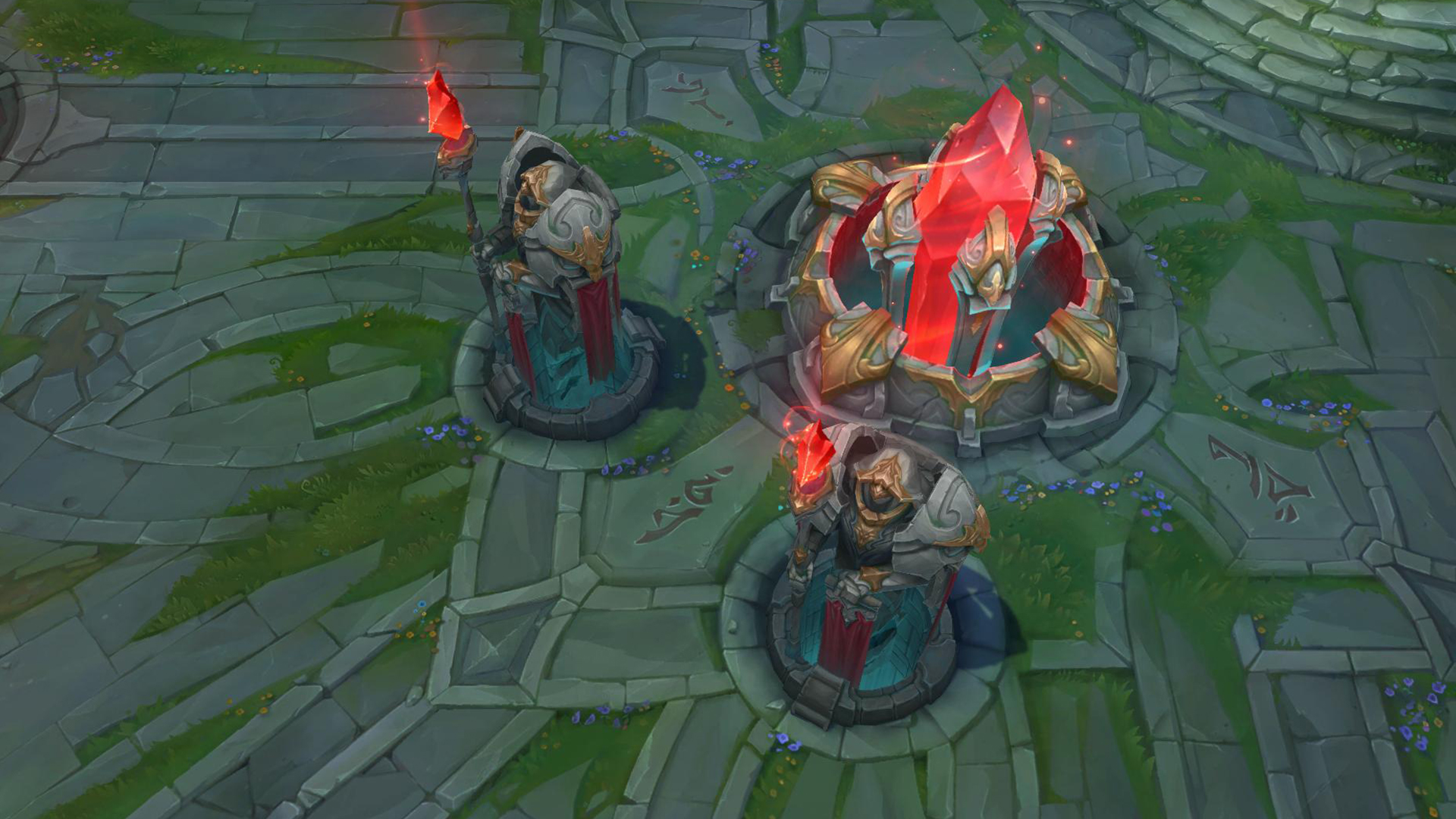 Strategy of the Week: Turret Plating

Turret plates have been one of the best additions to the rift in recent history, rewarding players for advantages in the early game but taking steps to ensure these advantages don’t snowball too rapidly. Here are some tips about how to take turret plates most effectively.

Destroying a turret plate grants 160 local gold split evenly amongst whoever recently destroyed it. How you distribute this gold can influence how much advantage you gain from the play, considering gold is more valuable to your carries compared to the more utility based roles. Generally, this gold is most valuable on your top, mid or ADC, and in situations where it is completely safe to do so, it is best for your jungler or support to only attack the turret briefly to ensure the laner receives 100% of the gold.

Turrets gain more armour the more plates it has lost, making it more difficult to take the later plates compared to the earlier ones. Additionally, each turret will gain a buff after it loses a plate that increases its armour if there is more than one enemy champion nearby. This buff lasts for 20 seconds, and makes it more difficult to take multiple plates consecutively if you are attacking the turret with several allies.

This can impact how you approach taking plates. If you get a solo kill and take a plate, you may be able to take another before the enemy returns and you are vulnerable to a counter-kill. However, if you are in the bot lane or have had your jungler gank your lane, it is unlikely you’ll be able to take multiple plates due to the bonus armour the turret gains. Junglers and supports can also leave once they have helped destroy the first plate, meaning you are the only champion dealing damage to the turret while it has bonus armour, drastically reducing the speed at which it dies. Taking the first plate so quickly can lull you into a false sense of security about how quickly you destroy them, tempting you to stay those extra few seconds to take a second plate in order to maximise your advantage. Overstaying like this makes you extremely vulnerable to a gank from the enemy jungler or the enemy returning with full health and newly acquired items, undoing any advantage you have gained. Therefore, it’s important to adjust your expectations and be content with only taking one plate at a time in situations like these.

The Power of Rift Herald

Summoning the Rift Herald – otherwise known as Shelly – is one of the best ways to quickly take a couple of plates. Considering the Rift Herald charge deals true damage, it is not mitigated by any bonus armour the turret would have after recently losing a plate. Notice how the Herald charge deals the exact same amount of damage, despite the fact the turret has lost more plates in the second clip and thus, has more armour:

This creates an extremely effective opportunity to utilise the Rift Herald: after a jungler with the Eye of the Herald has executed a successful gank, they should help their laner destroy two plates before summoning the Herald, which will destroy a further two plates or the tower entirely. Ideally, this play should be done in the mid lane, as destroying the first tower in the mid lane greatly opens the map by allowing your mid laner to roam to the side lanes. Turret plates dissipate at 14 minutes, so you’ll want to ensure you’ve used the Rift Herald before then!

Turret plates are an excellent way to accelerate your advantage during the early game. Think about where the gold granted should be allocated to, how many plates you should be aiming to take within the same play, and how to best use Rift Herald to take several plates all in one go.