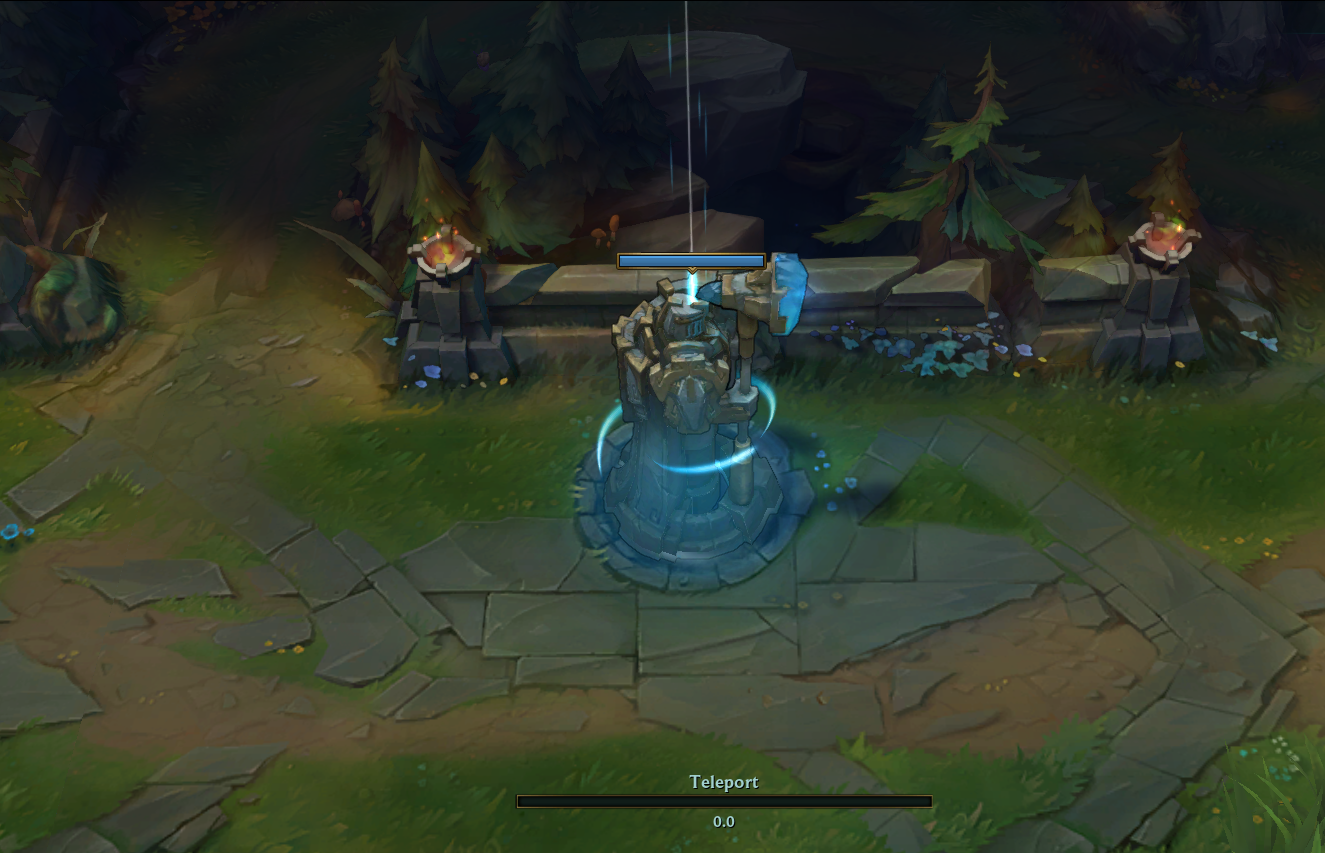 Strategy of the Week: Teleporting

Strategy of the Week - Teleport

Outside of Flash, Teleport is arguably the strongest summoner spell in the game due to its diverse uses and potential to create game-changing plays. This week, we’ll go over the main purposes of a Teleport: farming, flanking, and split-pushing.

The simplest way to Teleport is to use it to return to lane in order to farm and pick up waves. This is typically done in the early game, after you’ve accumulated a good amount of gold and have pushed out your wave; by teleporting back to your lane after you have backed, you can catch the enemy wave before it crashes into your turret and you lose the gold/experience.

Outside of the laning phase, this style is best used by any bot laners running teleport (such as Ziggs or Ezreal) as it is very difficult for such vulnerable champions to use Teleport to split push or flank. Therefore, this allows them to efficiently pick up any crashing waves. If you are a mid or top laner, your Teleport is best saved for other uses.

One of the most effective ways to use Teleport is to punish enemies who are pushing, catching them off-guard by teleporting behind them for a flank. Here is a prime example by RGE in their game against S04:

Larssen spots the over-extending BrokenBlade and sees the opportunity for a 2v1 flank, so teleports behind the Irelia to secure an easy kill. This type of teleport is most effective when used on a ward or trap, as enemies will be unaware of where they can be flanked by. While this can be done at any stage of the game, it is a risk in the early game as you are sacrificing experience and CS by being unable to teleport back to your lane. Therefore, it’s important to only go for teleport flanks in the early game if there is a good opportunity that will likely result in a kill.

Split pushing is one of the strongest strategies in the late game, as you can constantly push out waves to force the enemy to respond; if they don’t, you can take towers and inhibitors. Therefore, you can split push and use your teleport to instantly join a fight elsewhere on the map, creating pressure around the map but ensuring your team is not at a numbers disadvantage in a fight.

This is particularly strong when Baron and Drakes are spawning, as you split push to push out waves and force the opponent into the difficult choice between contesting the objective or defending their towers/inhibitors.

Teleport is a versatile summoner spell, and its best usage will depend on the state of the game. Look for opportunities to gank other lanes during the early game, and utilise the summoner spell to split push and create pressure around the map in the late game.