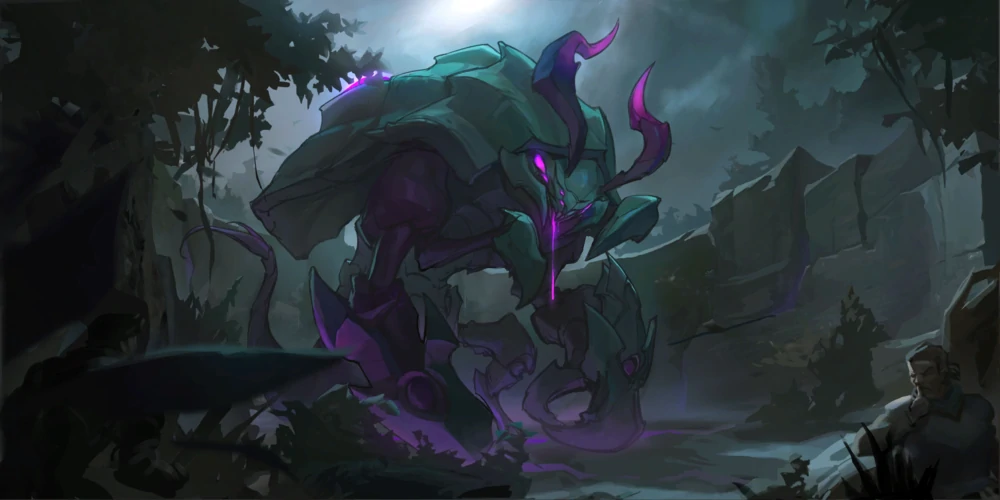 Strategy of the Week: Rift Herald

Strategy of the Week: Rift Herald

Rift Herald is one of the most important objectives in, serving as a neutral objective for teams to fight over that grants one team the ability to zerg down a tower. Let’s go over how to secure it, and how best to use it.

The first Rift Herald spawns at the 8 minute mark, can respawn after 6 minutes, but will despawn at around 19:45 to make way for Baron; this despawn can be extended by 10 seconds if it is in comba at 19:45. The team that kills the Herald will be able to capture its Eye of the Herald, which temporarily replaces your trinket slot and lasts for 4 minutes. When used, it summons the Herald as an ally for your team and will start to push down the nearest lane; upon reaching a tower, it will charge toward it to deal between 2000-2750 damage (based on its level, which is calculated by the average champion level). This causes the Herald to take damage, determined by its remaining health.

The first Rift Herald -- colloquially referred to as Shelley -- is much more important than the second, as it is able to take at least two turrets with her charge to earn your team 320 gold and the ability to take down a key structure in the early game. Therefore, it is essential you use the Eye of the Herald before the 14 minute mark when the turret plates dissipate. It is usually best to use it near the mid lane, as being able to take down the enemy turret’s mid tier 1 turret opens up the map for your team and allows your mid to roam around the map to pressure other lanes. However, it can be used in other lanes if your laners are ahead to help snowball their advantage.

The second Rift Herald can be much used much more liberally and near any turret that has been damaged, though again, it is best used near the mid tier 1 if it is still standing. If you are fortunate enough, the Herald can get off another charge if the enemy team is not able to take it down in time. Therefore, you can also summon the Herald on a neglected side wave to act as a split pusher, forcing the enemy to respond to it and potentially lose an objective elsewhere on the map, such as the Drake or Baron.

Your jungler will be most likely to take solo a Rift Herald in the early game, though your mid and top laner can go to assist if they are able to push their waves out. Good vision is the key to being able to secure the Rift Herald in the early game, as it’s important you know where the enemy jungler is before you start fighting the Herald. If they have recently died or are on the bot side of the map, then this will present a window of opportunity for your jungler to take the Herald. For example, if your team has vision of the drake and can see the enemy jungler is taking it, a common play is to trade this drake for the Herald.

Therefore, though it would appear as if the Rift Herald is exclusively a top side objective, it also involves the bot lane if your support is able to place some deep vision in the enemy jungle. If there is a fight to be had around the Herald, your support roaming from base to join the skirmish can make all the difference, and swing the fight in your favour thanks to a numbers advantage.

When fighting the Herald, its purple eye will occasionally open and become exposed; when this happens, you want to move to attack the Herald from behind to attack its eye and deal a heavy burst of damage. Bear in mind that, outside of this sporadic weakness, the first Herald is particularly tanky and you will not be able to kill it quickly, making you vulnerable to being flanked by the enemy. Finally, like many creatures in the jungle, the Herald has a patience bar and will reset its health bar if kept away from its pit for too long, so keep this in mind when attacking it. However, this can be used to your advantage if you spot the enemy trying to kill it, as you can attack the Herald and draw it away from the pit to try and reset its patience bar to undo all of the enemy’s hard work.

The Rift Herald can help your team secure an early gold lead and control over the map, thanks to its turret pushing abilities. Look for opportunities to take it whenever you spot the enemy jungler on the bot side of the map, and once you have secured it, prioritise using it in the mid lane to open up the map for your team.