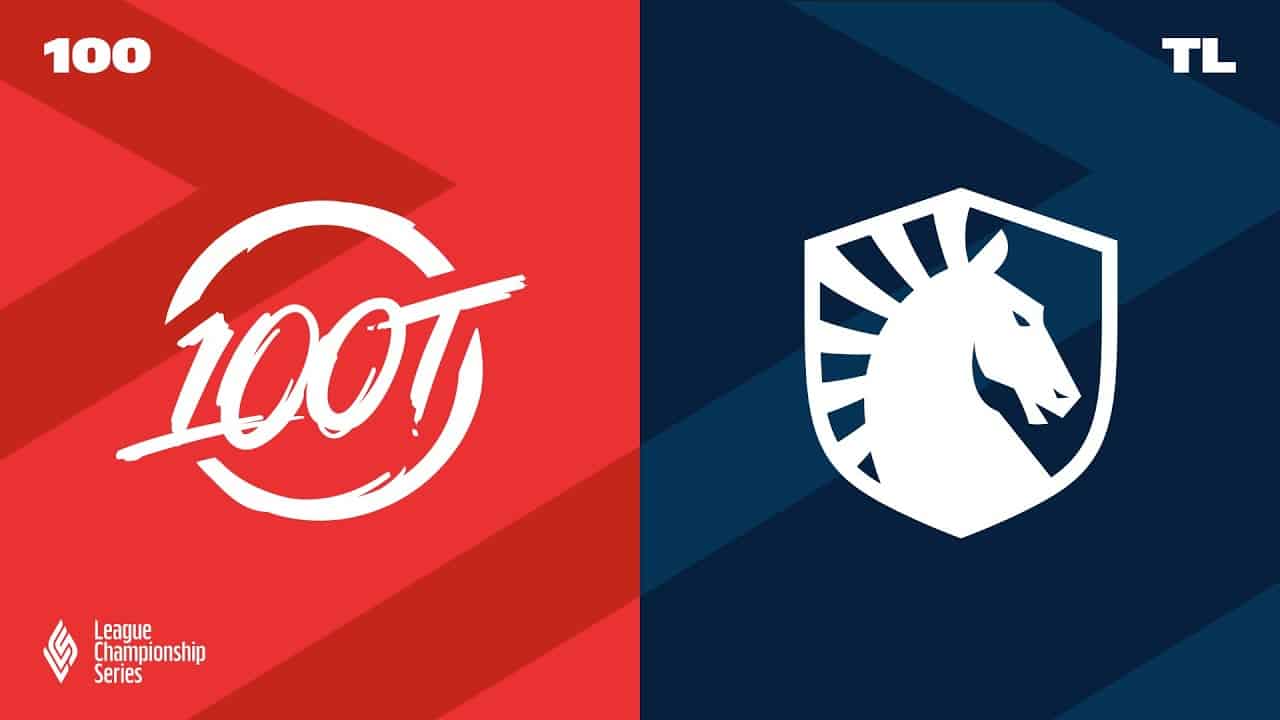 During the first game of the LCS Summer finals, 100 Thieves are able to pull off a flawless tower dive against Team Liquid during the early game, starting the snowball that leads to their eventual victory.

At the beginning of the play, the game is a fairly even state as Team Liquid are ahead by around 600 gold while 100 Thieves have been able to secure a Cloud Drake. Just before the play starts, Alphari and Santorin (Camille and Lee Sin respectively) have been able to take down Ssumday’s Shen in the top lane, and are pushing the wave in an attempt to secure a tower plate.

100 Thieves realise that an opportunity has presented itself with Lee Sin showing on the map in the top side: he will not be able to respond to any play in the bot lane, as he is a Jungler with no teleport. In addition, Ssumday is quickly respawning with Shen ult available, meaning he can instantly join a fight and provide a powerful shield to an ally. Therefore, Abbedagge’s LeBlanc pushes out the mid wave and starts roaming to the bot lane alongside Closer’s Viego:

The dive starts with 100T summoning the Rift Herald, which is a smart decision as it will not only destroy some turret plates and generate some gold for the team, but also absorb damage from the turret to keep the 100T minions alive during the dive. TL are aware that a dive is imminent thanks to their vision control, but stick around and are confident they can win a fight due to the double TP that is available:

Once the Herald has crashed into the turret and Ezreal (Tactical) has moved out of turret range, Alistar (huhi) sees an opportunity to lock down Ezreal and uses his Flash + Headbutt/Pulverize combo. Ssumday also uses Shen’s ultimate to shield the Alistar and starts to join the fight. Although Tactical is able to escape using his Flash, he Flashes straight into Closer’s Viego and is quickly dispatched after Ssumday locks him down with his Taunt:

At this point, Alphari and Jensen’s teleports complete and join the fight as Camille and Syndra respectively. Closer uses his passive to become Ezreal and dashes away to rejoin his team, while Syndra lands an excellent Scatter The Weak to stun 3 members of 100T:

Importantly, the Rift Herald is still alive and has been soaking a lot of damage from the turret. This means 100T still have a lot of nearby minions alive, which allows them to dive again once the Rift Herald eventually goes down.

The carries are able to finish both of them off, and moves their attention toward the Camille. 100 Thieves finish off the play by effectively juggling tower aggro between each member to ensure none of them die, and use Viego’s passive to become Leona and CC the Camille.

Following on from this dive, 100 Thieves were able to secure the first turret of the game, a 2k gold advantage, and used this advantage to cleanly secure a victory.

There are two primary reasons why this dive was executed so flawlessly. Firstly, 100 Thieves understood that Team Liquid were conceding pressure on the bot side of the map with their decision to have Santorin destroy tower plates in the top lane.

Therefore, this presented an opportunity for 100 Thieves to make a cross map play and punish Team Liquid on the bot side, as they were weaker due to the numbers disadvantage. Secondly, the decision to use Rift Herald to soak up damage from the turret was exquisite: it bought 100 Thieves a lot of time, and ensured they could safely dive the turret twice to secure every kill and assert absolute control over the game.