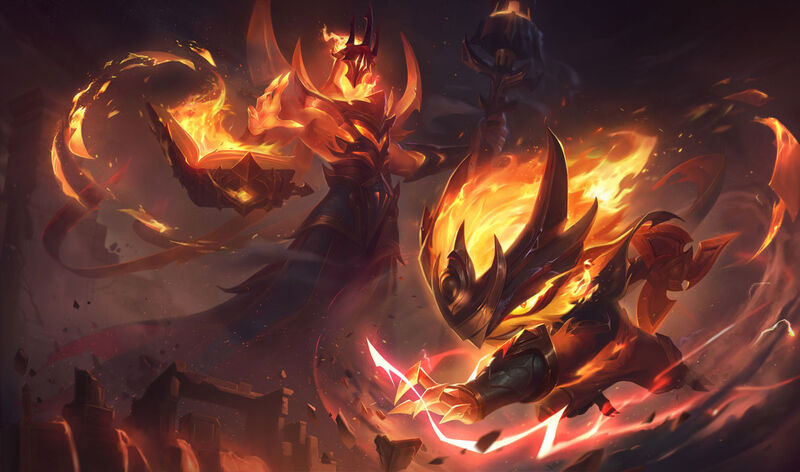 Welcome to Pro Play by Play, where we’ll be looking at a pivotal moment from a recent eSports match for the key lessons we can apply to our own games. This week, we’ll be examining Odoamne’s Kennen in Rogue’s game against G2 in the LEC, with an excellent display of patience, timing, and utilising vision.

This week, we’ll be examining Odoamne’s Kennen in Rogue’s game against G2 in the LEC, with an excellent display of patience, timing, and utilising vision.

Step 1: State of The Game

At the beginning of the clip, Rogue find themselves in a precarious position: they are down around 3k gold and are about to lose the Infernal Soul. Rekkles’s lethality Varus is nearly at full items and is shredding through targets from afar, while Caps’s Orianna has reached level 16 and has an incredibly powerful Shockwave at his disposal; they are the two greatest threats to Rogue

Rogue makes a wise choice and decide to trade objectives and rush the Baron in an attempt to trade it for the Infernal Soul; G2 leave Wunder (playing Viego) to solo the drake while the rest of the team move to Baron to contest it. Considering Kennen doesn’t deal a lot of damage to the Baron, Odoamne decides to prepare for a flank.

Crucially, Odoamne knows G2 don’t know where he is through placing his pink ward here:

Consequently, this is the darkness G2 see as they move toward the Baron pit:

Once Odoamne sees G2 advancing to check the bush he is waiting in, he backs away to the red buff spawn to remain undetected:

As previously mentioned, Varus (Rekkles) and Orianna (Caps) are G2’s biggest threats at this stage in the game, thus Odoamne is looking to remove them from the map with his flank. Although there is a brief opportunity for him to engage on the two of them, Odoamne realises this would not be a smart choice for two reasons:

Instead, Odoamne bides his time and waits for the perfect moment to engage: when Varus (Rekkles) and Orianna (Caps) are isolated, and the Fiddlesticks (Inspired) is in the position to follow up on his flank to secure the kills before Caps can escape using his Flash or Rekkles can escape with Thresh’s Dark Passage:

Summary
Though this incredible flank wasn’t enough to secure Rogue a victory (thanks to some balanced gameplay from Viego), it was a masterclass in the use of vision, timing, and understanding which windows of opportunity are best to take; patience is essential!