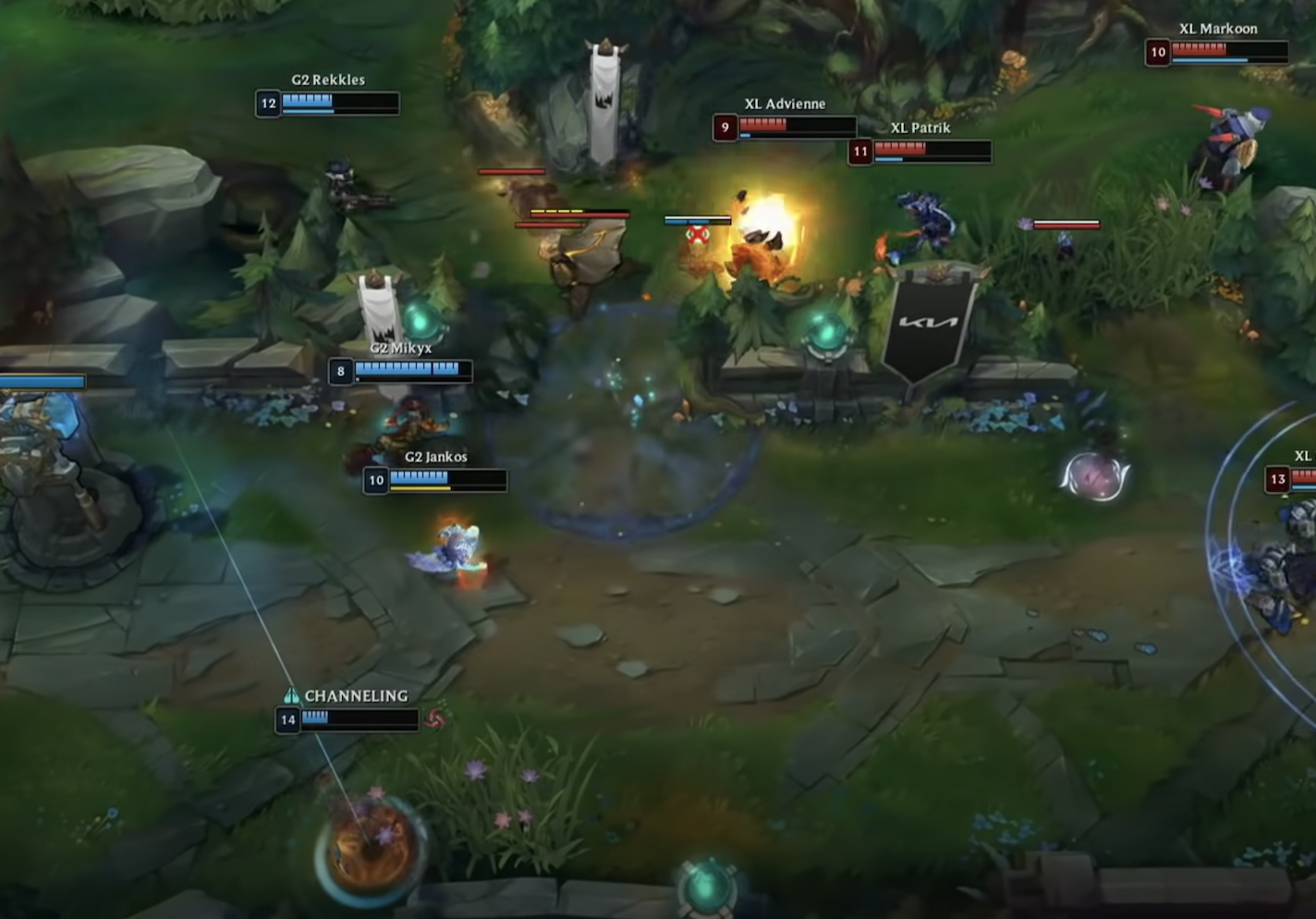 In a tense battle for the LEC playoffs, XL had an early game lead against the formidable G2. However, after securing a fight around the Drake, they overstep and throw their advantage.

Having picked off Lissandra, XL have accumulated a 3k gold lead and a kill on Draven, who was able to cash in a lot of extra gold. G2 are scrambling to get back to base, while XL are looking to further punish G2 and accelerate their gold lead.

After a scrappy transition down to G2’s tier 2 turret in the bot lane, they have blinking health bars and XL sense blood in the water.

Though it’s understandable why XL want to push their advantage -- especially in such a high stakes game -- staying for this play is ultimately very greedy:

Teleport is one of the strongest summoner spells in the game, so it’s no wonder there are 4 TPs between both teams. Unfortunately for XL, they either failed to track timers correctly or got caught up in the heat of the moment and forgot G2 had 2 TPs available; therefore, Wunder and Caps are able to rejoin the fight with full health and mana:

As they were able to TP behind XL, G2 are able to pincer XL into a fight:

The rest of the fight is easy for G2 to clean up, as thanks to the teleports, they have a better position and more health/mana. Therefore, they are able to quickly isolate and blow up the Volibear, split up the rest of XL, and pick them off one by one.

Thanks to this team fight, G2 were able to even out the gold lead, secure the Baron, and the game.

Although this fight wasn’t the greatest display of individual outplays and champion proficiency, it was a well executed macro play by G2. They realised there was an opportunity to fight thanks to XL overstepping, the fact double TP was available, and the wards behind XL that could be used to flank them.

However, this opportunity wouldn’t have presented itself if XL had taken a step back and realised there was no need for them to stay. Crucially, this was because there was no objective to secure should they win the fight, and they had low health/mana. It’s easy to forget these things in the heat of the moment and when your adrenaline is pumping after you get a kill, but always remember fights aren’t always worth taking if you aren’t able to secure an objective off the back of it.