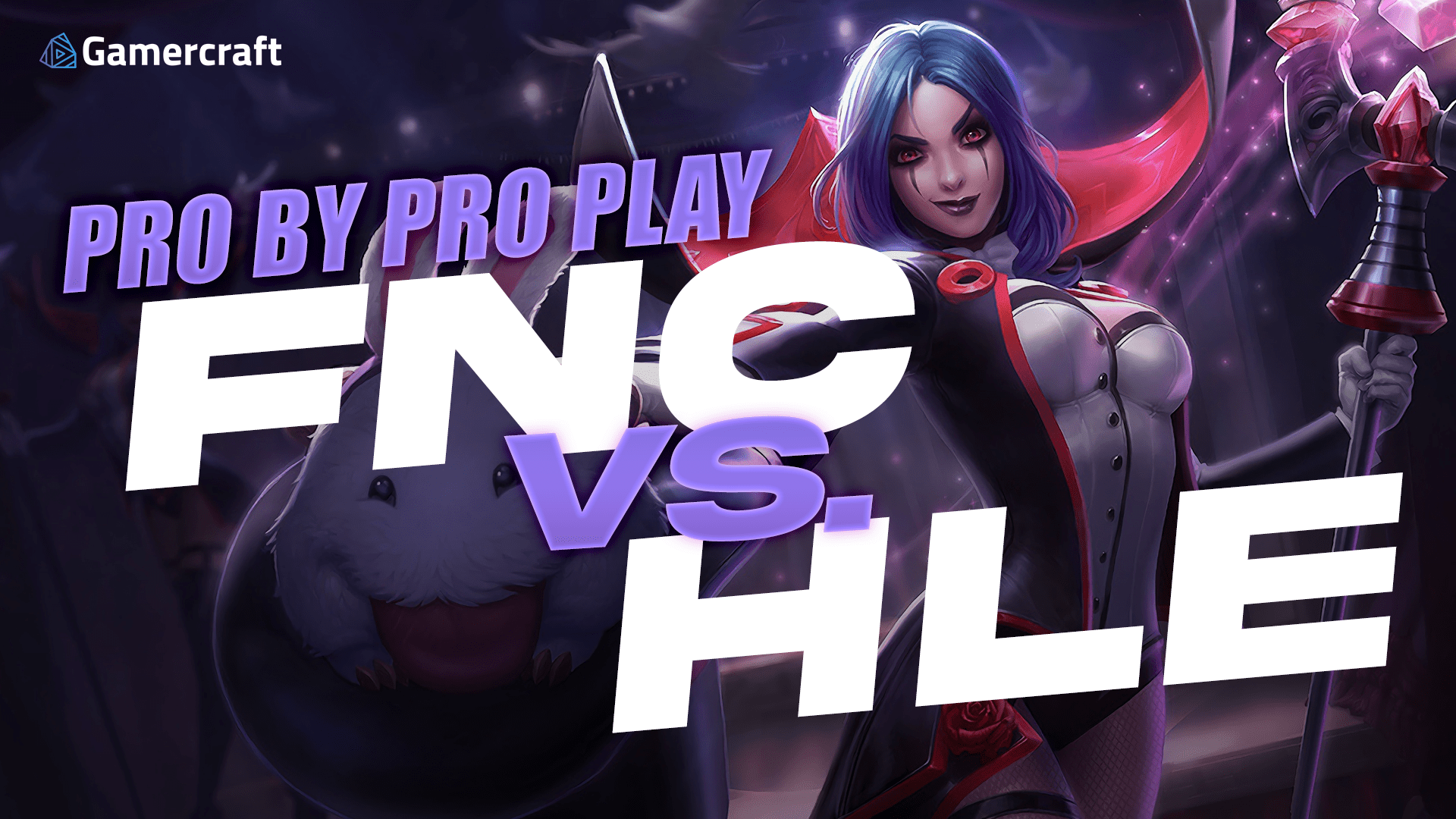 During the group stage of Worlds, Fnatic took on Hanwha Life Esports in what was a must-win game for the LEC representatives. An explosive fight around the Infernal Drake swung the game in HLE’s favour; let’s break it down.

FNC have a moderate 3k gold lead, yet both teams have two drakes and are contesting for the third. Just before the fight, Twisted Fate (Nisqy) and Leona (Vsta) died in a 1-for-1 exchange, meaning Nisqy had 10 seconds on his respawn while Vsta was making his way from base to the dragon pit.

At the beginning of the fight, HLE are chipping away at the baron while FNC are heading toward the pit. As Viego (Willer) and Renekton (Morgan) have taken some chip damage from the drake, they back away from it as soon as FNC enter the river:

FNC start bursting down the drake while LeBlanc (Chovy) uses Distortion to get into the river and start poking FNC; Xin Zhao (Bwipo) sees this as an opportunity to turn and blow up the squishy carry, so flashes onto her:

However, Chovy’s reaction times are too quick as he is able to use Distortion again to return to safety before he can be locked down by CC. Crucially, Rakan (Hylissang) pops his ultimate and dashes to Bwipo thinking the LeBlanc will be CCd and his ultimate would be used as follow up:

In an attempt to still get value out of the ultimate, Hylissang makes his way over to Willer and Morgan using the movement speed granted by his ultimate and tries to CC them. Meanwhile, Willer is able to get close enough to the Drake to steal it with his Smite, while Bean starts channeling Miss Fortune ultimate to damage the clumped up Willer and Morgan:

However, Chovy realises the Miss Fortune is stuck in place while using her ultimate and distorts forward to threaten her, landing a powerful Ethereal Chains to deal a large amount of damage.

By this time, Leona has walked from base to the river while Twisted Fate has used his teleport to join the fight. With Renekton and Xin Zhao low, FNC turn on them to burn them down; Adam and Bwipo use their ultimates on Olaf and Xin respectively, while Nisqy locks in a gold card. However, Viego is able to escape with a slither of health, forcing Adam to use his Flash to deal the killing blow:

Although Adam manages to find the kill, he is isolated from his team and facing Ezreal and LeBlanc while his ultimate is running out, meaning he is swiftly dispatched. On the other side of the fight, Leona and Renekton use their ultimates to turn on the Miss Fortune who had been chunked down by LeBlanc earlier in the fight:

Miss Fortune is able to escape using his Cleanse and Flash, and finishes off the low health Renekton with help from Xin Zhao and Rakan.

At this point, FNC have the numbers advantage as it’s a 4v3, but critically, HLE have the health advantage as the FNC members have had their health bars chunked:

FNC are looking to take complete control of the game so choose to resume fighting; Nisqy locks in a gold card and flashes forward to stun the Ezreal (Deft):

However, Ezreal is able to use his Cleanse to remove the CC while FNC move forward to try and collapse on him. This sets up Chovy to make an excellent play on LeBlanc, as he is able to blow up the low health Rakan and Twisted Fate with a two-man Distortion:

This excellent bait and turn means that HLE now have the numbers advantage, and quickly finish off the remaining FNC members. Following on from this play, HLE took the Baron and eventually the game.

It’s reasonable to understand why FNC chose to re-engage when in the 4v3: they were playing in a must-win game in order to survive in the tournament, and if they were able to take down the remaining members of HLE, they could have taken the Baron and likely the game. It’s also understandable why FNC may not have been tracking the timing of Deft’s Cleanse given how chaotic the fight was, but these mistakes ended up costing FNC their tournament lives.

Chovy played this fight brilliantly, weaving in and out of the fight with LeBlanc’s mobility to burn the Xin Zhao Flash and Rakan ultimate early on, then finishing off the rest of FNC while they were clumped together. He also played around vision superbly, as FNC did not know Chovy would be coming over from across the wall in the final section of the fight; had Chovy been in vision, it’s likely Nisqy would have used the gold card on him instead and the fight would have looked completely different.