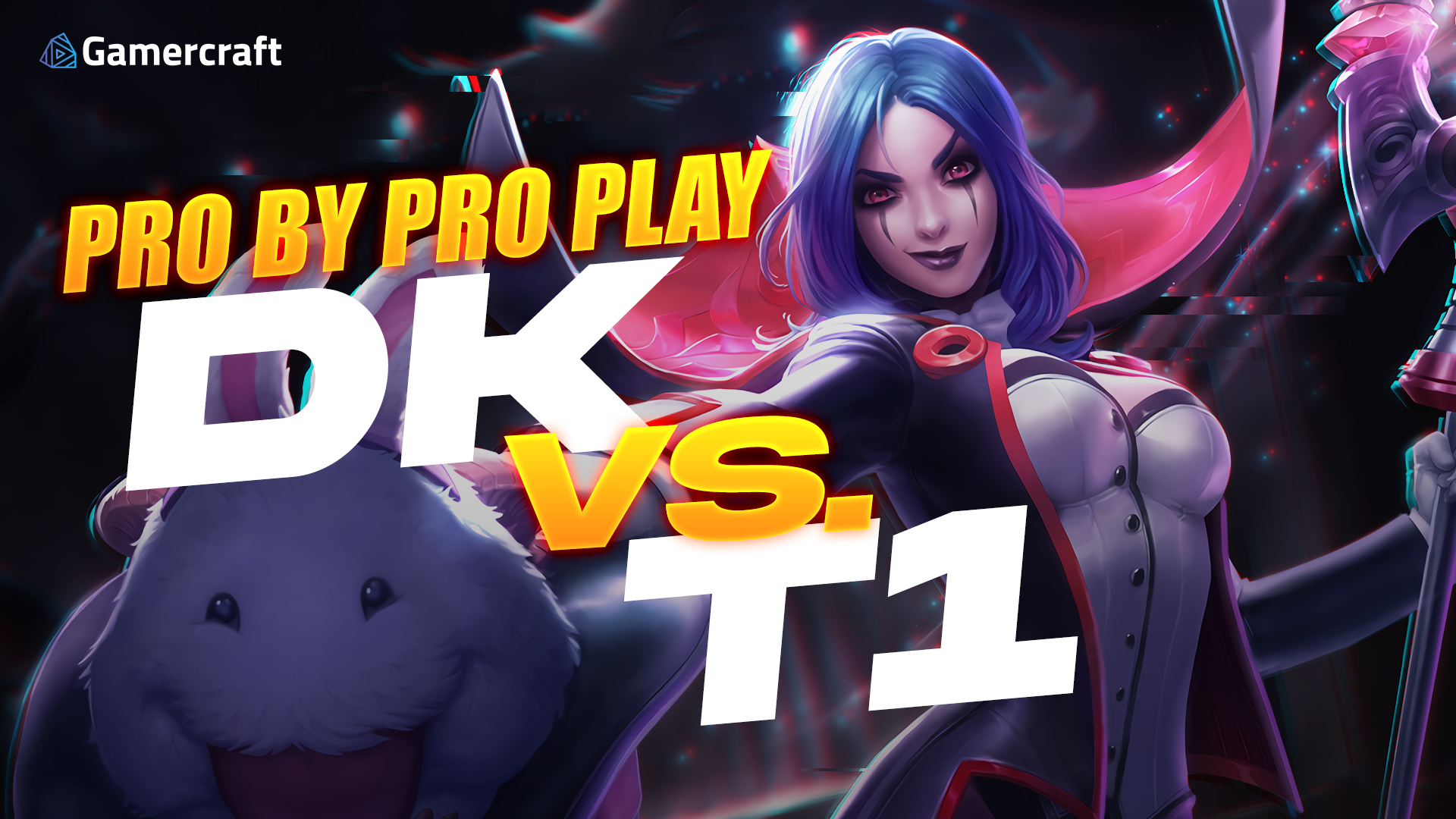 This week, we’ll be looking at a game-changing team fight from game 4 of the LCK Summer Finals between DK vs T1. Despite having a solid lead, T1 misstep when setting up for a teamfight and are swiftly punished by DK.

Thanks to some good plays in the early game, T1 earned a 3k gold advantage and are sitting on Infernal Soul point. DK are playing a poke comp with the Jayce, Ashe and LeBlanc picks, which offers them good scaling options alongside the Seraphine.

Part 1 - Looking for a pick

Having just secured their 3rd drake of the game, T1 have grouped up and are a looking for a team fight; they spot Khan’s Jayce isolated from the rest of his team, and see an opportunity to punish him:

They plan using a pincer movement to collapse upon him from two directions and prevent him from escaping, using the Ryze ultimate (Realm Warp) to attack from both sides. While 4 members of T1 take the Realm Warp, Canna’s Gragas doesn’t to enable to pincer movement:

Although this idea was good in theory, T1 make some crucial miscalculations which ultimately cost them the team fight. The Realm Warp cast time takes too long and allows Jayce to escape from the incoming 4-man flank by using his passive; meanwhile, Canna is now the one who is completely isolated from his team, meaning DK are able to collapse upon him:

Suddenly, the state of the fight has been completely reversed as T1 are now out of position and vulnerable to being collapsed upon. Showmaker uses LeBlanc mobility to turn on the Gragas, expending his Flash to land the Ethereal Chains (E) and force Gragas’ Zhonyas. While the rest of T1 scramble to reposition themselves to help their teammate, DK are able to use a plethora of long-range CC tools to keep them at bay starting with Ashe’s ultimate (Enchanted Crystal Arrow):

BeryL is then able to land a beautiful 4 man Seraphine ult from across the wall to keep T1 locked down, while Gragas is dispatched once his Zhonyas has expired.

Part 3 - Playing to your composition’s strengths

T1 now find themselves in a very tricky situation, as they are on the wrong side of the rift and are currently in a 4v5 fight. Though they are able to land some good damage onto Canyon’s Trundle, they are forced to disengage and try to escape through the top-side jungle:

However, DK prevent them from doing so by utilising their comp’s strengths: long-range poke. Instead of running head first into T1 with a comp that has very little front-line, they stay back and use their several poke abilities to chip away at the enemy from afar:

They continue to land long-distance damage and slowly bleed T1 out, picking off Keria’s Braum and converting this numbers advantage into a Baron, and eventually a victory.

Using the Realm Warp to pick off the isolated Jayce was certainly not a bad idea from T1, but it was arguably unnecessary to commit 4 people into the Realm Warp and leave your top laner stranded. DK seized an opportunity to punish T1’s mistake, and won the rest of the fight by playing to their composition’s strengths.