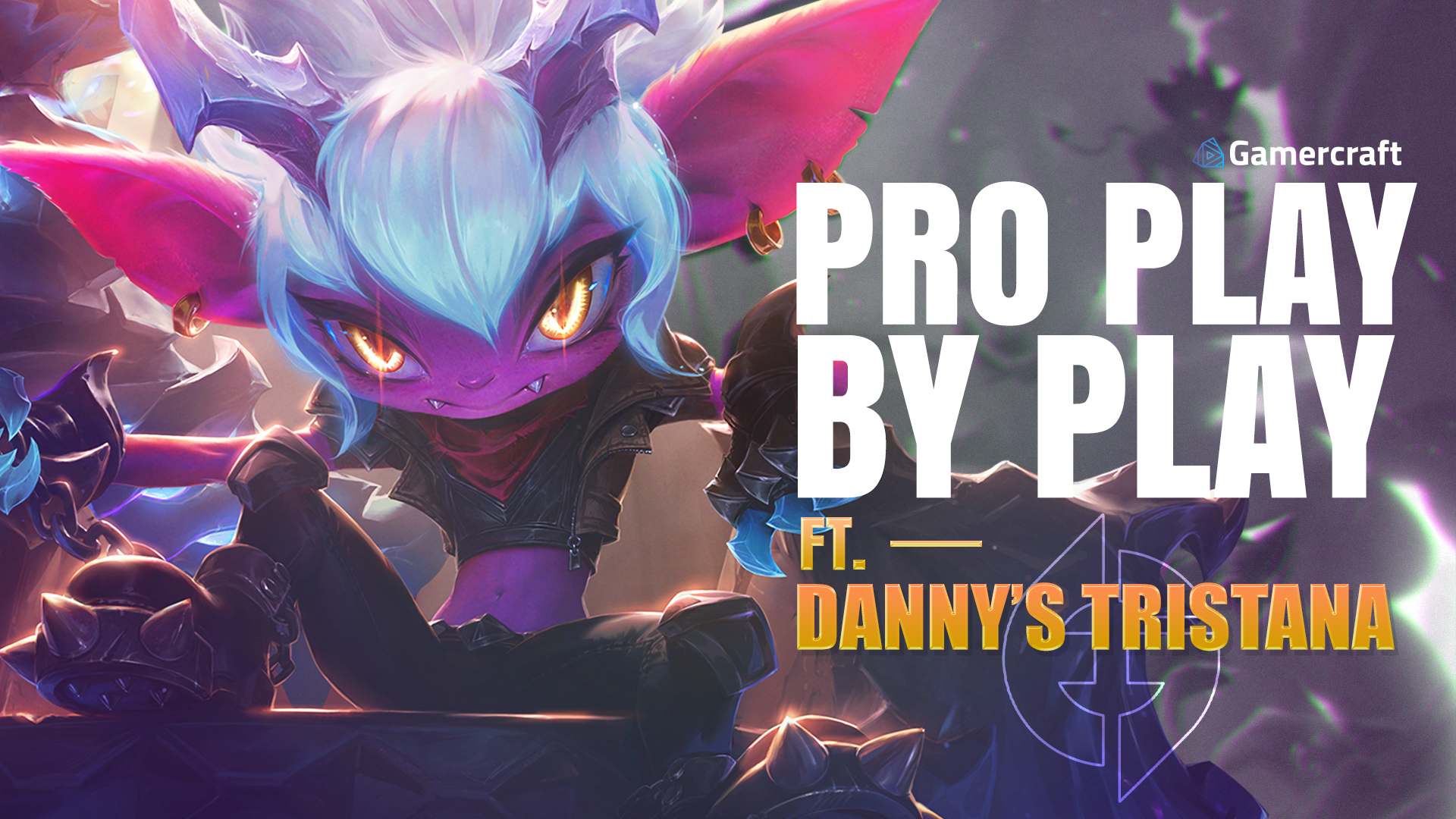 In a tense game 4 of the first round of the LCS playoffs, EG’s Danny made a sequence of unstoppable plays on Tristana to carry his team to victory and force a game 5 against 100T; let’s dissect the magic of his play.

100 Thieves have a commanding lead in the game, with a 7.5k gold lead, 3 drakes with their potential Mountain Soul drake spawning in 30 seconds, and a comp with great scaling between the Ryze, Gangplank and Kai’sa. Though EG have a good team fighting comp with Braum, Ornn and Diana, their top side of the map have struggled and the hopes of their team rests on Danny’s Tristana, who has accumulated several kills and has reached Tristana’s late game power spike.

100T are aware of the fact EG only have one threat on the enemy team, and are looking to take out the Tristana to win the team fight. Huhi lands a crucial hook onto the Tristana, but Danny is able to buffer his Rocket Jump to escape:

Following on from this, Huhi uses Depth Charge for a further layer of CC onto the Tristana. However, Danny manages to nullify this CC by using his Stopwatch:

Considering how little health the Nautilus has left, and the fact many of 100T’s CC abilities are on cooldown, they must show respect and back away from the Tristana to avoid her auto-attacks. Contractz engages on Diana, using her Moonfall on Abbedagge’s Ryze and using Zhonyas afterwards. However, thanks to an excellent barrel chain from Ssumday’s Gangplank, he is quickly dispatched along with most of Jizuke’s health bar on Lucian:

Danny is then able to secure his first kill on the low health Closer, who attempts to stun the Tristana on Viego but is thwarted by Danny using his Flash to escape. After FBI flashes in on Kai’sa to finish off the low health IgNar playing Braum, Abbedagge uses Realm Warp to flank the last 3 members of EG and make a pincer movement:

Impact is able to escape using Ornn’s Searing Charge, while FBI uses Stopwatch to avoid dying to the Tristana; instead, Danny targets Huhi’s Nautilus and takes him down. Then, having got the reset on his Rocket Jump from this kill, he uses it on FBI to not only slow him but also escape the incoming Ryze and Gangplank. Crucially, Danny also destroys Gangplank’s barrels to prevent being blown up by a lethal chain:

With a little help from Ornn, Danny is able to kill the Kai’sa before Ssumday is killed by the Ryze and Gangplank.

Here, the remaining two members of 100T hesitate, and briefly decide to leave the Tristana and move to the enemy base to destroy one or two inhibitors. However, they decide against this and turn back to chase the Tristana. Danny takes this time to lifesteal off the incoming minion wave, ensuring he does not attack any low health minions as this would cause Tristana’s Explosive Charge passive to trigger and trim the wave quicker, leaving Danny with fewer minions to lifesteal off. While attempting to escape in the Fog of War, Danny outpredicts his opponents and cleverly maneuvers into the turret range to avoid damage from Gankgplank’s barrels and Ryze’s Overload:

He then Rocket Jumps into the nearby bush to drop vision and prevent follow up damage after he is hit by Ryze’s Rune Prison:

Here, Abbedagge and Ssumday make a crucial error by splitting focus: Abbedagge starts to clear the wave, while Ssumday goes to chase the Tristana and face checks the bush. Danny is able to blow up Gangplank using Explosive Charge and dodge Ryze’s Everfrost to avoid CC:

Danny finishes off this incredible series of plays with one final outplay, by using his Rocket Jump to get in range of Abbedagge to finish him off but at an unusual angle to avoid being killed by Ryze’s Overload:

It cannot be understated how incredibly well Danny played throughout this clip, showing phenomenal decision making at the micro level and excellent composure to remain calm and focused during what could have been the final fight of the series. However, 100T also needs to be criticised for their poor decision making; instead of securing the objectives and taking the inhibitors followed by the Mountain Soul, they chase the Tristana and then split up, leaving them vulnerable. This was arguably futile, as they would have likely been able to secure the objectives without killing Tristana first considering she was on her own and nowhere near the base. If Danny were able to recall and defend the inhibitors, he wouldn’t have had any Fog of War to play with and would likely have died in a 2v1 scenario. Therefore, it’s important to remember objectives are vastly more important than kills, and to remember whether you are fighting for anything meaningful every time you look for a kill.