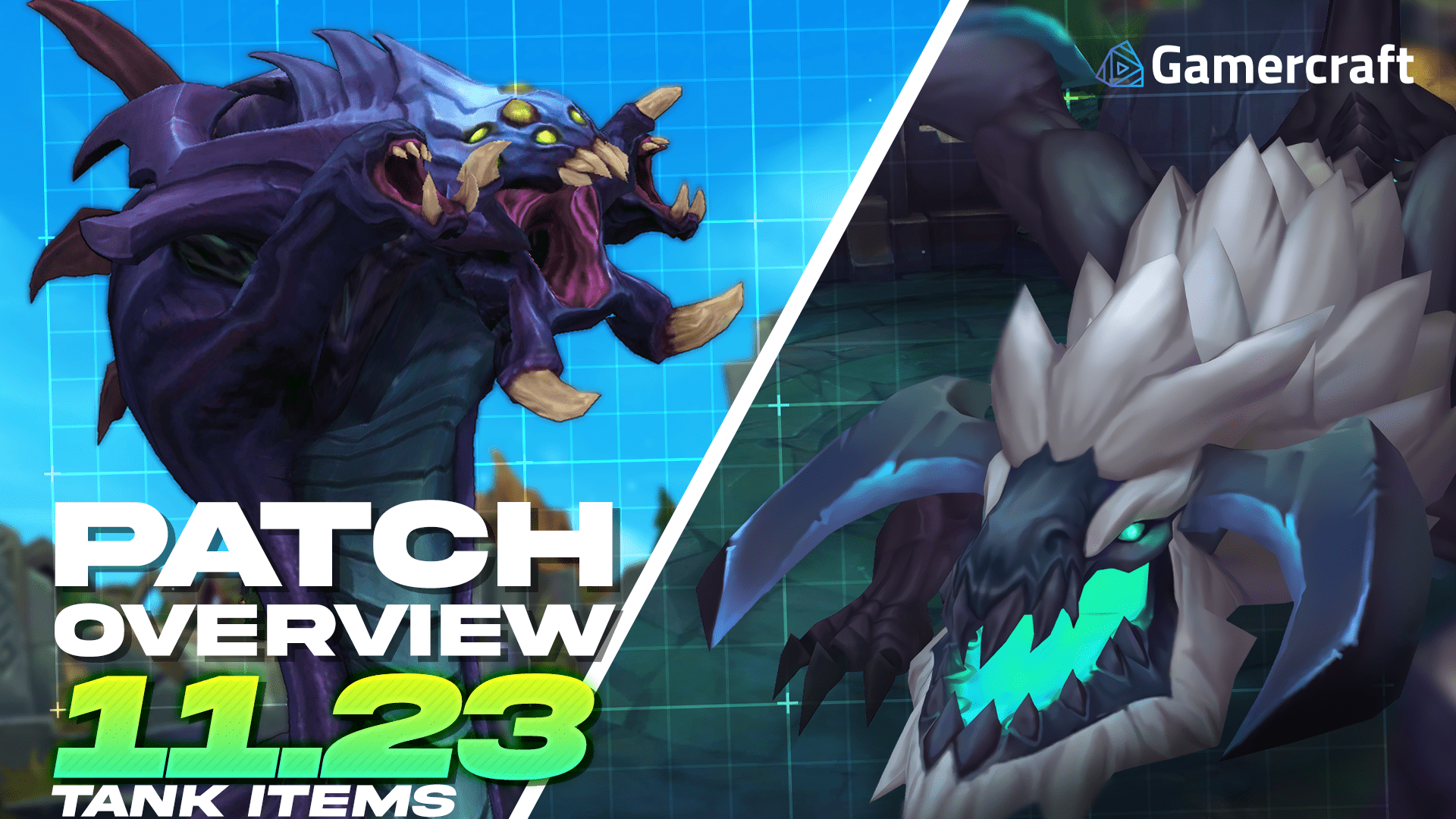 Preseason not only introduced a slew of new items, but it also updated some pre-existing tank items so let’s break down the biggest changes.

Bami’s Cinder has received a small quality of life update that affects all items with the Immolate passive, as it will now execute minions that would be killed by one more tick of Immolate. This should make CSing much easier as you’ll be less likely to miss a last hit due to the Immolate tick disrupting your calculations. Sunfire Aegis has also been buffed:

The increase to armour and magic resist will increase your durability, while the new mythic passive will provide a great source of tenacity, which is a rarer stat to acquire. This will allow more diverse builds without sacrificing such a valuable stat, as you may not have to build Mercury Treads or select the Unflinching/Legend Tenacity runes and build Sunfire Aegis instead.

After dominating for the first half of the season, Turbo Chemtank has fallen off pretty hard after a series of nerfs. Consequently, it has been buffed with a new passive and an updated mythic passive:

Udyr and Hecarim will benefit greatly from this new passive, as it’s charged by movement and will amplify their clear speed even more. It will be interesting to examine whether these changes bring back the farming focused/Chemtank meta from the beginning of last season.

Abyssal Mask has sacrificed some of its MR for more damage potential in skirmishes, and will be very potent on AP bruisers such as Cho’Gath. The item works best when you are in the fray, as you will not only reduce the enemy’s MR to increase your damage but gain MR for yourself. The final notable Tank item change comes to Knight’s Vow:

Knight’s Vow has always been a good choice for any tanky support with a fed yet squishy carry, and the latest changes have amplified its ability to protect them. It previously granted movement speed when the target’s health dropped low, but the 20% damage mitigation will be much more impactful in keeping a carry alive when they are vulnerable. However, this has come at the cost of 5% damage redirection while they are healthy and above 30% health.