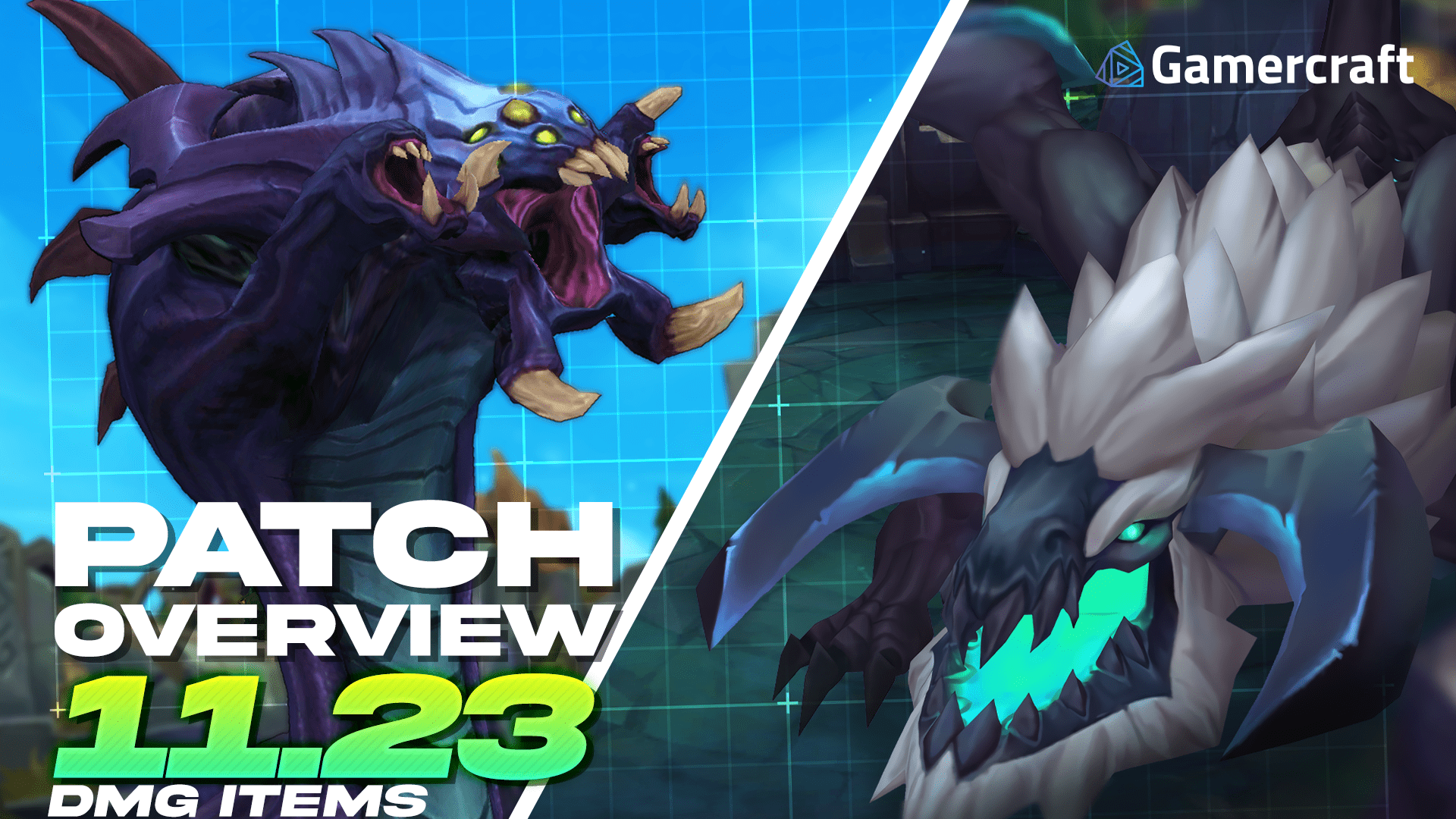 Preseason not only introduced a slew of new items, but it also updated some pre-existing damage items so let’s break down the biggest changes.

Over the past season, Mages haven’t benefited from their Mythics as much as other classes due to expensive build costs and awkward itemisation.

Consequently, Everfrost’s cost has been reduced:

Though this has come at the cost of some AP, this should make Everfrost much easier to build and places the focus on Everfrost’s utility rather than its damage. Archangel’s Staff/Seraph’s Embrace has been updated:

The value of Ability Haste rather than Ability Power will depend on each champion and how much they benefit from each stat, but this shift may increase the prevalence of Sorcerer’s Boots as Mages may not have to build Ioanian Builds of Lucidity for the Ability Haste. While the new passive granting health will be very helpful in skirmishes and team fights to help with your sustainability, the removal of bonus mana does directly nerf Ryze and his unique mana scaling.

Cosmic Drive’s stats have been adjusted, while its passive effect has been buffed:

This new passive will synergise extremely well with Phase Rush and Electrocute, as both are procced by landing 3 separate abilities. If used alongside Phase Rush, the bonus movement speed will make you extremely quick and help you dance your way through skirmishes and team fights. The fact these buffs last until you leave combat is very potent, and will give you an edge during extended fights. Horizon Focus has been also been changed:

Although the stark reduction in AP may not be worth the extra Health and Ability Haste, the updated passive opens up more opportunities to proc this powerful damage increase with spells like Syndra’s W and Vel’Koz’s Q. Additionally, it now synergises extremely well with items that slow enemies, such as Everfrost and Rylai’s Crystal Scepter.

The final set of notable changes come to Lethality Items, as many have seen buffs.

As these changes are all targeted toward melee lethality users, these will be welcome buffs for melee assassins such as Talon, Nocturne and Zed. However, the cost of Youmuu’s Ghostblade has been increased by 100 gold given how many melee and ranged carries have been rushing it as a first item.