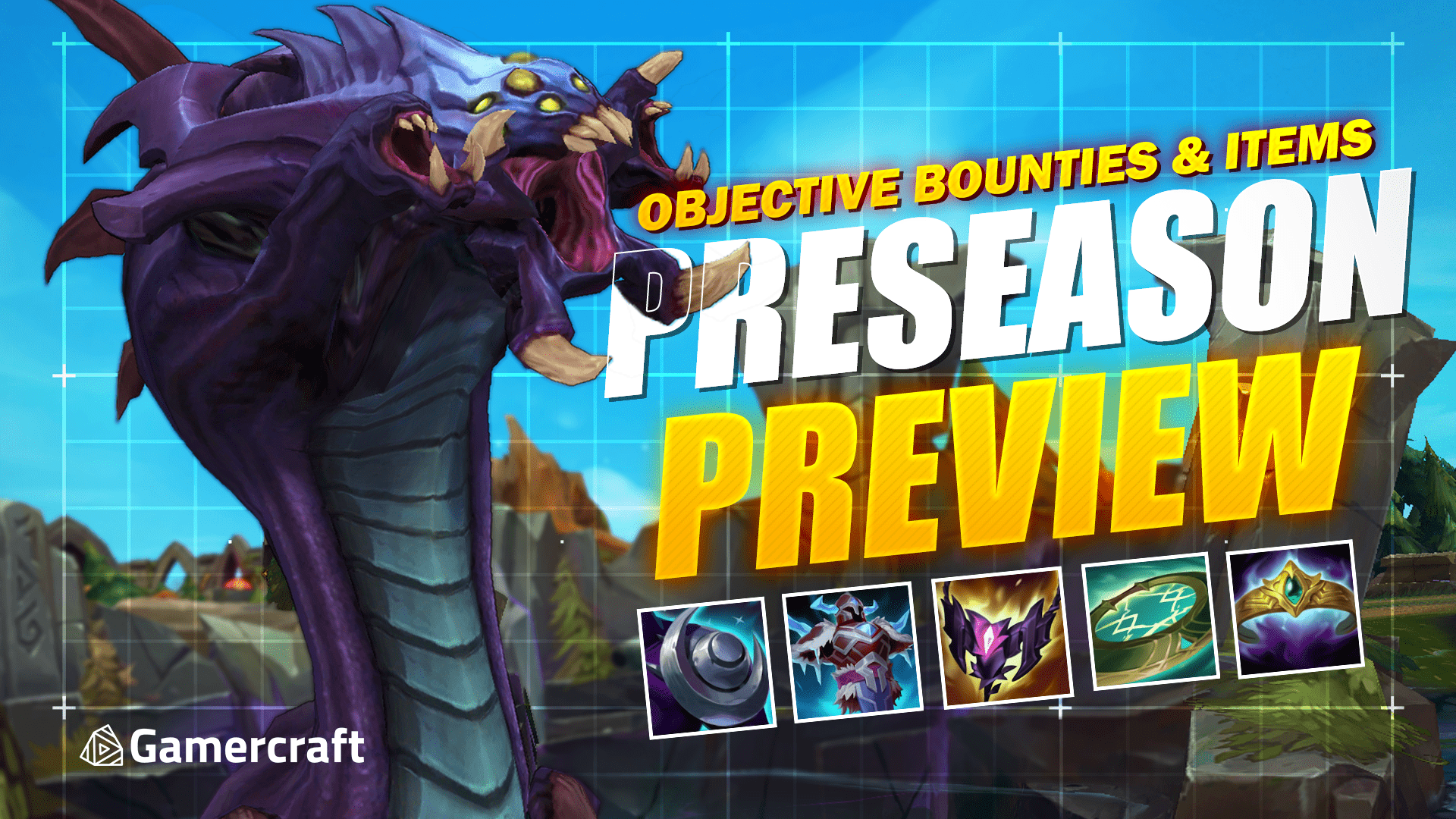 The final addition to this year’s preseason are objective bounties; let’s break them down.

Objective bounties work in a similar way to champion bounties, wherein a losing team is rewarded for taking down an objective to help them make a comeback in the game. The objectives that can have a bounty are:

If a team is sufficiently far behind and is able to take an objective, they will be granted gold split evenly between all team members. Determining whether a team is far enough behind is calculated using the XP difference, gold difference, dragon difference, and turret difference.

Each objective bounty will pay out a different amount of gold:

Impact on the Meta

Objective bounties will have a meaningful impact on the meta, and will make it more difficult for teams that are ahead to close out games. Consequently, it will require these teams to finish the game in a much cleaner fashion, as conceding multiple objectives will grant the losing team a lot of gold and give them a greater chance of coming back in the game. In addition, losing teams will be much happier to trade objectives if they can claim a bounty from it, so winning teams may need to question whether trading a Baron for a drake and some towers is truly worth it when the losing team is also earning extra gold.

Furthermore, objective bounties will increase the opportunities for losing teams to come back into the game with a clutch Baron steal, as they will now receive a large bounty alongside the Baron buff and gold/experience it provides. With the recent changes to Smite capping its damage at 900 regardless of level, this makes 50/50 Barons much more risky.

Holistically, objective bounties should be an improvement for the game, as it will require ahead teams to close out games more decisively and prove they have truly earned the victory. Meanwhile, they will provide losing teams more opportunities to make a comeback in the game if they deserve it.