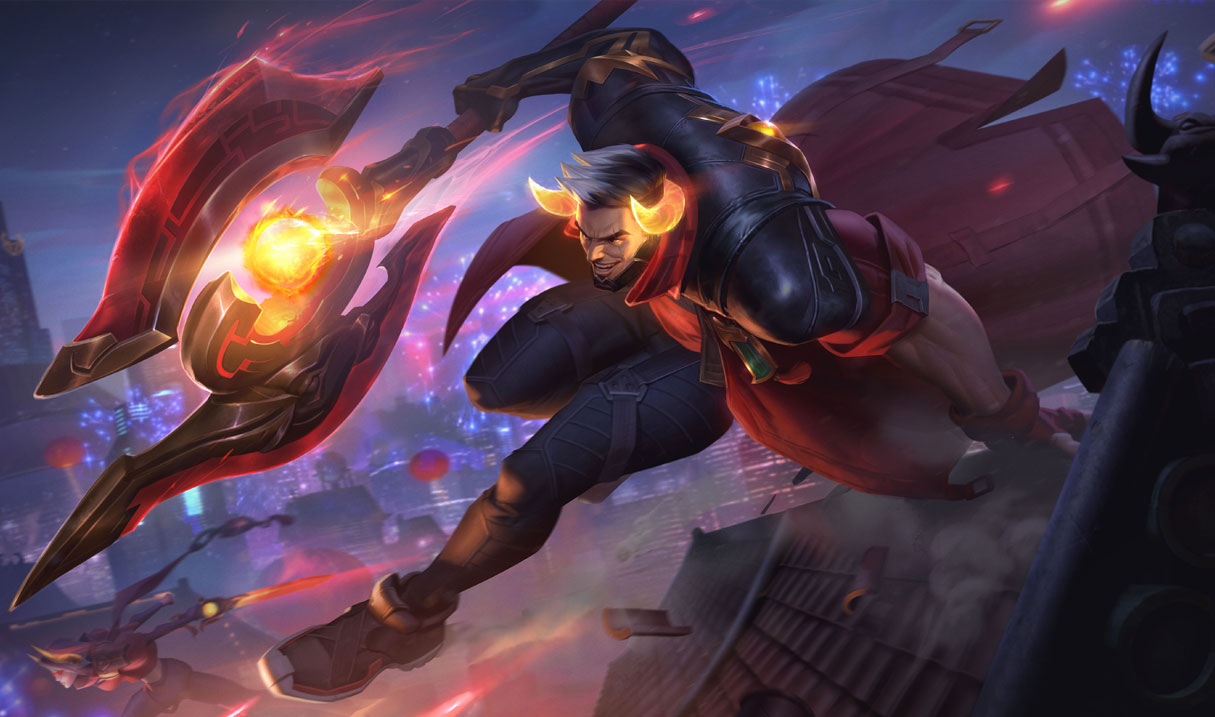 As the majority of professional leagues have now finished their playoffs, 11.8 features some mild changes mostly targeted at the jungle and support roles; with MSI just around the corner, expect some more drastic changes in 11.9.

Instead of nerfing the incredibly dominant Udyr and Hecarim or the oppressive Turbo Chemtank, Riot have opted to buff some unorthodox champions in order to introduce them to the jungle and diversify the role.

Darius, Diana, Morgana, Mordekaiser and Zed have all had their damage to monsters dramatically increased, making them viable junglers with rapid clear speeds. Some champions have benefitted from the changes more than others, particularly Morgana and Diana.

Morgana’s Tormented Soil (W) now deals 200% bonus damage to non-epic monsters -- up from 150% -- in addition to having its cooldown reduced every time Morgana procs her passive. Considering Tormented Soil is an AoE ability, Morgana is now able to fully clear in under a minute and a half by pulling multiple camps together to attack them all at once.

Morgana’s clear is not only quick, but relatively safe too thanks to her passive healing her the more damage she does, meaning it is possible to fully clear and still be at full health. Dark Binding (Q) also makes Morgana a pretty powerful ganker, and can be used either as initial CC to initiate the gank or follow up CC should your laner be able to lock down the opponent first.

As Morgana transitions into the mid to late game, her role shifts slightly into a utility role through her AoE team-fight ultimate (Soul Shackles) and her Black Shield being able to nullify magic damage and spells on a target; ensure you’re using it on your most vulnerable or strongest ally.

Although her clear is not as quick as Morgana, Diana’s passive (Moonsilver Blade) grants her increased bonus attack speed -- buffed from a minimum of 10% to 20% -- and an AoE cleave that deals 300% damage to non-epic monsters (increased from 150%).

Diana’s ganking ability arguably matches Morgana’s with her Crescent Strike (Q) and Lunar Rush (E) combo, and her ultimate Moonfall can be devastating in team fights with its instant AoE CC. Diana cannot provide the same utility as Morgana, though she compensates this with a more aggressive kit and higher damage output.

Rammus has also had his ultimate updated: he retains the tremoring AoE damage, but has been given a gap-closer and additional layer of mobility by becoming unstoppable and beginning his ult by slamming the ground from the sky, slowing nearby enemies and allowing Rammus to access an isolated target.

If used while Rammus is in his Powerball (Q), Rammus will knock up nearby enemies instead of just slowing them, making for an even stronger engage tool. It can also be used to dodge over any floor-based abilities that might otherwise interrupt Rammus’ engage, such as Jinx’s Flame Chompers, Caitlyn’s Yordle Snap Trap, or Viktor’s Gravity Field.

Overall, the jungle changes have introduced some new viable picks, and added some much-needed spice to the jungle meta; whether Diana and Morgana will be able to topple the oppressive Turbo Chemtank abusers remains to be seen.

The Problem with Moonstone

Moonstone Renewer has been a controversial item ever since its introduction during the preseason item overhaul. Riot have once again made some changes to the item in order to reduce its abuse in roles outside of support by tweaking its effects.

Starlit Grace, the heal provided by Moonstone Renewer, is no longer increased the longer the user is in combat; instead, the users heal, and shield power is increased by 4% per stack, stacking up to 5 times. In addition, the mythic passive now increases the heal of Starlit Grace by 10 for every legendary item you own, instead of granting 5 ability haste.

A potential 20% increase to heal and shield power enhances an enchanter’s output dramatically from their core abilities and the Starlit Heal, but these changes will hurt any enchanter being played in roles outside of support who typically aren’t maxing their heal or shield first, such as Seraphine, Karma and Lulu.

The final set of notable changes to enchanter items were targeted at Shurelya’s Battlesong and Staff of Flowing Water. Shurelya’s active no longer provides increased damage for the user and their allies, and instead grants 25% movement speed over 1.5 seconds for the user and every ally they shield or empower.

Shurelya’s mythic passive now provides 5 ability haste per legendary item, which is particularly useful for enchanters who want to cycle through their spells as quickly as possible, such as Sona or Lulu.

Meanwhile, Staff of Flowing Water no longer provides movement speed from its active, and instead grants ability haste. Although it was extremely useful to constantly provide movement speed for your entire team, ability haste is still a very useful stat and Staff will likely remain as the standard second item for enchanters.

In summary, 11.8 has introduced a couple of new viable junglers with incredibly quick clear speeds and effective gank potential, and nerfed enchanters played outside of the support role. However, the changes to Shurelya’s have enabled enchanters in the support role to specialise in an alternative peel and protect strategy.

As the majority of professional leagues have now finished their playoffs, 11.8 features some mild changes predominantly targeted at the jungle and support roles; with MSI just around the corner, expect some more drastic changes in 11.9.