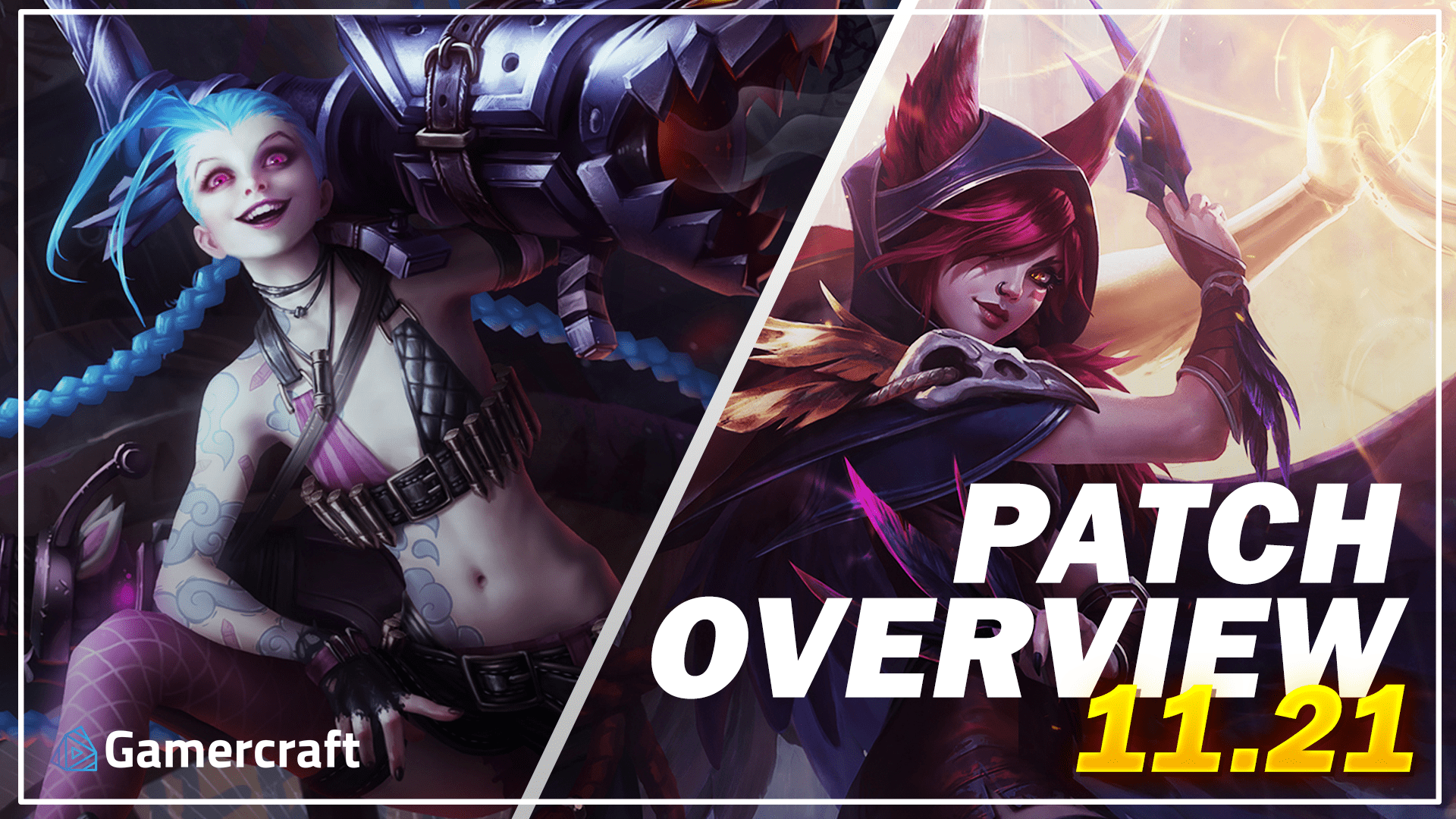 After being the strongest Mythic throughout the season, Goredrinker has finally been nerfed. That alone makes patch 11.21 pretty drastic, but some large buffs in the bot lane and alterations to important runes could make way for a real shift in the meta; let’s break down the most notable changes from the latest patch.

Goredrinker has been a problematic Mythic since its introduction, as it can be bought across 3 different roles (Top, Jungle and Mid) and is a factor contributing to the extreme amount of healing we’ve seen this season. The changes attempt to put the focus back onto sustainability and less about damage:

Given how many champions have been using Goredrinker, it’s difficult to determine how much impact the nerfs will have and whether Goredrinker will remain as a ubiquitously strong Mythic that is good in every single game. If the nerfs have successfully made this item a niche, sustained-focused item that lacks damage compared to other Mythics, champions that previously rushed Goredrinker may turn to alternatives when they don’t need sustain. Therefore, the influence of these nerfs on the wider meta may depend on how well these champions do when picking up alternative Mythics.

Despite receiving a slew of consecutive buffs, the balance team still believe Xayah is not strong enough and have increased her base movement speed and reduced the cooldown of her Q (Double Daggers). However, Jinx has received an even larger buff:

These buffs will likely make Jinx an S tier pick this patch, as she is now able to catch out enemies much easier and will pop off even more if she is able to proc her passive in a fight. Meanwhile, after proving how dominant of a pick she is during Worlds, Miss Fortune has received a justified nerf: her base mana has been reduced, while the mana cost of her W (Strut) has been increased. This should limit her mobility and poke during the laning phase, though the nerfs can be mitigated by choosing Arcane Comet as your Keystone and picking Manaflow Band.

The most surprising and largest buffs have gone to League’s most infamous champion, Teemo; his Q (Blinding Dart) has had its cooldown increased by 1 second, but its blind duration and missile speed have been increased dramatically. This is a huge buff to a point-and-click CC that can completely nullify a lot of champions, particularly ADCs who will be blinded for 3 seconds at a rank 5 Teemo Q. Considering Teemo deals hybrid damage and can be flexed into the mid and top lane, these buffs are enough to make him first pick or ban worthy.

Lux and Viego have also received some notable buffs. For Lux:

Viego has struggled after a series of nerfs, so the AD ratio on his Q (Blade Of The Ruined King) has been increased, he will be slowed for less when casting his W (Spectral Maw), and his ultimate (Heartbreaker) now has an 100% critical strike ratio.

Finally, a number of runes have received some changes. Guardian has had its shield nerfed, meaning bot laners will not be more vulnerable and supports may alter their keystone choice, opting for Summon Aery or Aftershock instead. Conqueror -- another reason for the extreme healing we’ve seen this season -- has also been nerfed, providing less adaptive force per stack, and lasting for 4 seconds down from 6.

Ingenious Hunter has been a neglected rune for much of the year, as many have opted for the potent healing provided by Ravenous Hunter instead. Therefore, it has been buffed to provide 20 base item haste, 6 item haste per stack, and 50 item haste at full stacks. These buffs feel really strong, as they apply to trinkets, item actives, and item passives (including Mythics, Sterak’s Gage and Banshee’s Veil); don’t sleep on these buffs, because they can have more impact than you might expect. If you needed any more reason to give it a try, Ravenous Hunter has been nerfed as it now provides 1.2% Omnivamp per stack and 6% Omnivamp at max stacks, down from 1.5% and 7.5% respectively.

With pre-season on the horizon, this patch has a plethora of changes that are likely to have a meaningful impact on the meta; watch this space to see how they unfold.