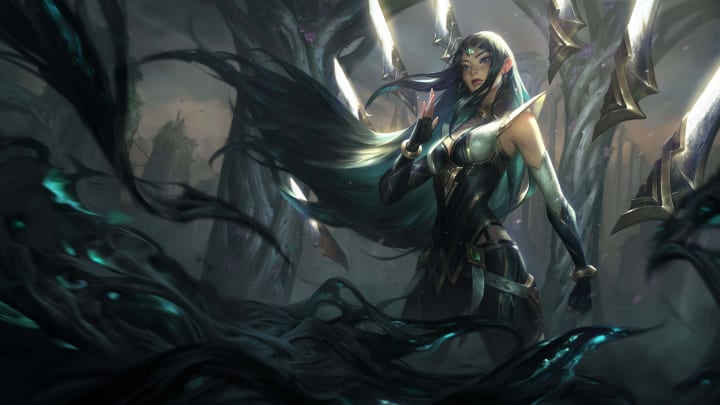 After several changes to the top side of the map, it’s time to see how patch 11.14 has impacted the meta.

Despite a mixture of buffs and nerfs to Irelia, the changes have made her incredibly strong and boosted her win rate from 47% to 51% in Platinum+ ranks. She now has increased mobility thanks to her ultimate granting a reduction on her Bladesurge’s (Q) cooldown, and has more survivability into any AP matchups with Defiant Dance (W) now granting MR. Though Irelia is seeing most of her success in the top lane, she can also be flexed into the mid lane.

After a nerf to base mana, Ziggs largely appears to have been unaffected and remains as a powerhouse in the bot lane. Between his safe laning phase, ability to farm from a long distance, and ability to build into Zhonyas to protect himself from assassins and bruisers, Ziggs is a multifaceted alternative to an ADC in the bot lane. Arcane Comet and Liandry’s Torment are excellent choices for his keystone and mythic item, and though he can be played mid, he is best played in the bot lane in order to avoid the plethora of mid laners with all in potential.

Graves has been out of the meta for a while, and though his +2AD buff doesn’t sound like a drastic buff in theory, it has bumped his winrate up to 52% in Platinum+ ranks. After recent changes to the jungle, Graves’s power may continue to rise given his ability to skirmish in the early game yet still farm effectively.

Between nerfs to Stridebreaker and his ability to clear waves, laning Nocturne has taken a pretty big hit in patch 11.14. However, these nerfs haven’t affected his ability to jungle too much, as Nocturne still has fantastic dive potential, target access, and the potential to nuke down a target.