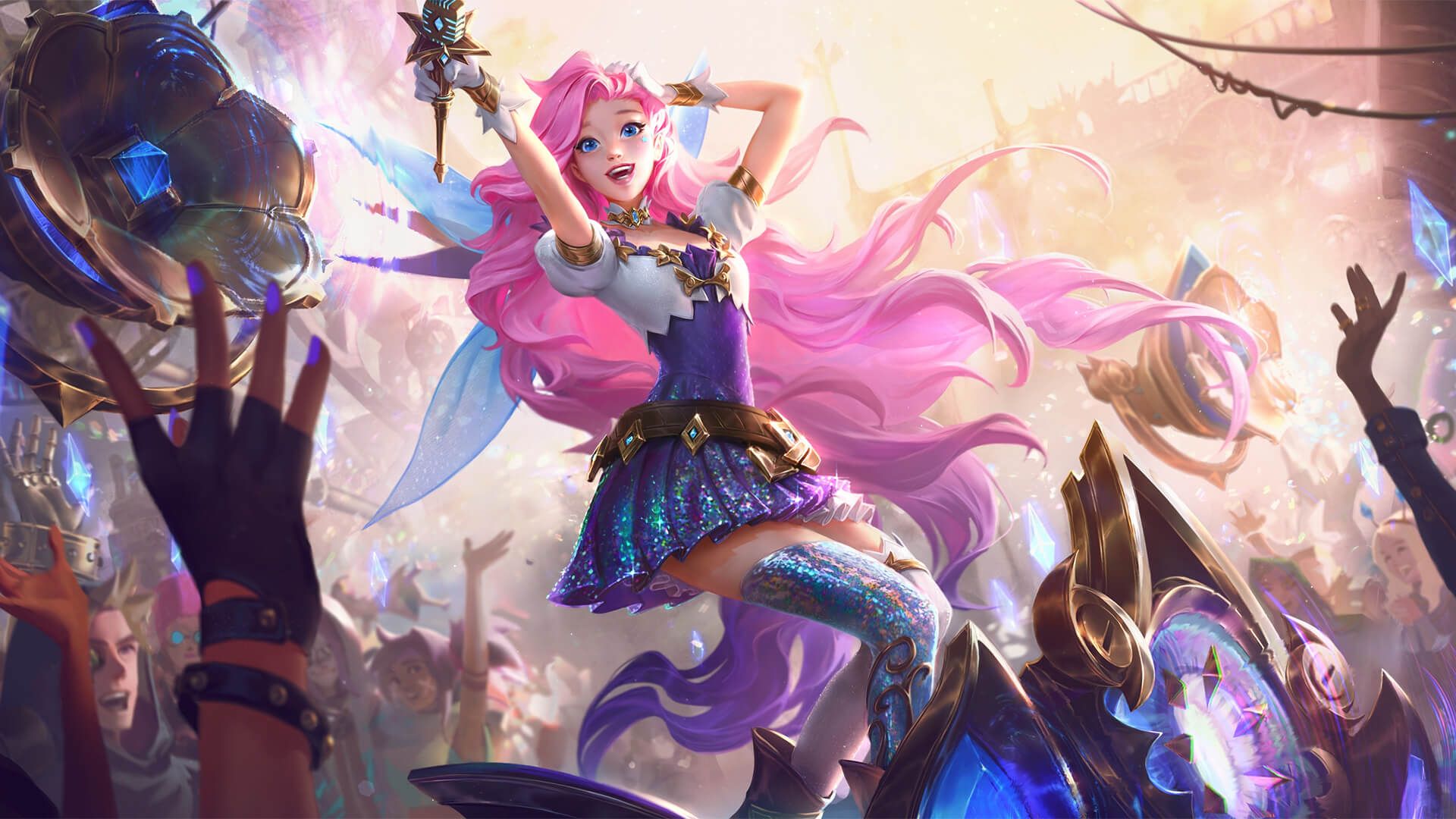 Piltover’s most famous popstar has been a dominant force on the rift since her introduction late last year, and despite a slew of nerfs, she has remained a consistently strong pick in the support, mid, and bot roles. If you haven’t added this songstress to your champion pool, consider giving her music a second listen.

Passive – Stage Presence - Seraphine will duplicate every third basic ability she casts. Casting a spell near an ally (including herself) generates a note, with each note enhancing Seraphine’s next basic attack with bonus magic damage and an increased range.

Seraphine has a very safe and poke-orientated laning phase, due to her ability to poke from long distances. Her strongest combo starts with landing her Beat Drop (E) while her passive is up, as this will be duplicated meaning the enemies you hit will be rooted in place. Follow this up with a High Note and an auto-attack, which will be enhanced with increased range and bonus damage from all of the notes you have generated.

Whilst building up your passive duplication, focus on hitting as many skill shots as you can and following up with an enhanced auto attack. Surround Sound (W) has a very long cooldown so use it sparingly and save it for a dangerous situation; if you suspect an imminent gank from the enemy jungler or engage from the enemy support, consider saving your duplication passive for the extra strong shield, double burst of movement speed, and heal. You can also proc Surround Sound’s heal with exceptional timing if you can cast it while your Guardian shield is active.

During teamfights, Seraphine’s focus shifts to landing her ult and duplicating her Surround Sound (W), as this will provide a huge shield and heal for your entire team. Furthermore, this will proc many of the items you will be building on Seraphine, such as Moonstone Renewer, Staff of Flowing Water, Ardent Censer and Chemtech Putrifier.

Encore (R) is currently one of the strongest ults in the game, between its large width and ability to extend its range to ridiculous lengths. Remember, the range extends after hitting enemies and allies, and allies tend to be a lot easier to hit than enemies! Therefore, you can stay safe in the backline during teamfights and use your allies to extend the range of your ult to catch an unsuspecting enemy from afar; you don’t always need to play aggressively in the front line in order to land a huge ult!

Beat Drop (E) can also be useful in teamfights to follow up on any CC your teammates land, or straight after you land your Encore (R) in order to CC-chain an enemy. Finally, remember to weave in auto-attacks during a teamfight: you generate more notes the more allies you have nearby, dramatically increasing Seraphine’s auto attack damage.

Seraphine works extremely well with ADCs that can slow enemies, as you can follow up their slow with a single Beat Drop (E) and save the duplication passive for High Note (Q) in order to maximise your damage. Try pairing her with Miss Fortune or Ashe, which is further dissected in our Ashe and Seraphine synergy guide.

If you are sieging a tower and there are no enemies nearby, feel free to use your High Note (Q) and Beat Drop (E) as the notes generated will be used to increase your damage to the turret. The same can be done when clearing enemy vision, as the notes will increase your basic attack range and allow you to clear wards from a safer distance. These notes aren’t consumed when attacking wards, meaning you can clear a ward entirely with an increased basic attack range.

Seraphine is an extremely flexible champion, slotting into multiple roles and shifting her playstyle from a poke-mage during the laning phase to an enchanter with a lethal engage tool during teamfights. Stay aware of which spells you are duplicating, practice your skillshots, and soon you’ll be in complete harmony with Runeterra’s favourite musician.