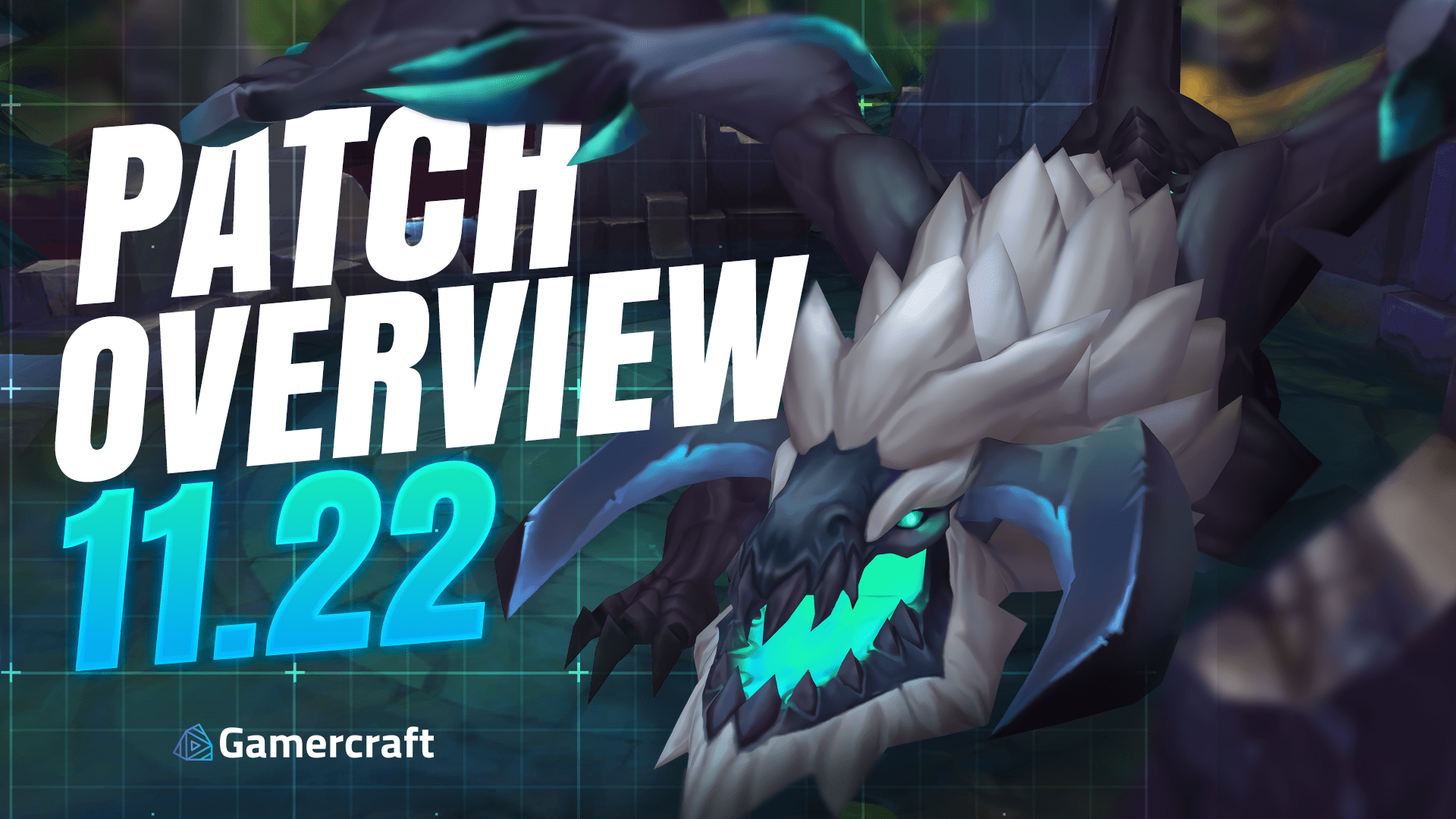 It’s been a long and hard-fought season, but patch 11.22 heralds the end of the 2021 season when it ends on November 15th; let’s break down the latest changes to the Rift as you make the final push to get Victorious Blitzcrank and his chromas.

After causing absolute chaos in Worlds and solo queue alike, the most hated cat in gaming has finally received a nerf with a reduction to the healing and movement speed provided by her E (Zoomies!). The nerf has been applied to the ability’s AP ratios and its higher ranks, so will be most noticeable in the late game. However, it can be mitigated through opting into Moonstone Renewer and items with a lot of heal/shield power (such as Redemption), or maxing Q (Prowling Projectile), building Luden’s Tempest and going for a more damage-orientated Yuumi build. Either way, though this nerf will impair Yuumi’s strength, it’s unlikely this will change her position as an S+ support.

Vi has struggled for a while, but has received a number of buffs:

These direct buffs and quality of life improvements should make Vi feel much more consistent, increase her ganking potential, and augment her ability to lock down targets during team fights. Red Kayn has also received a buff, with an increase to the damage on his Q (Reaping Slash) and ultimate (Umbral Trespass).

Patch 11.21 brought a long overdue nerf to Goredrinker, the strongest and most prevalent Mythic throughout the entire season. In a staggering decision, Goredrinker has already received a buff with an increase to its Omnivamp (6% → 10%) and health (400 → 450). The substantial increase to Omnivamp will make users even more durable and difficult to kill during fights, and it’s likely Goredrinker will likely return to its position as the strongest and most frustrating Mythic on the Rift.

Not only will Riven and Renekton benefit from these buffs, they have also received direct buffs to their kits. Riven’s W (Ki Burst) has had its damage increased, while her E (Valor) has had its shield increased. Renekton’s stun was nerfed in patch 11.18, but the changes have now been reverted: the empowered stun and lockout duration on his W (Ruthless Predator) have both been increased. Between these direct buffs and Goredrinker buffs, it’s likely both of these champions will be excellent picks this patch.

The Goredrinker buffs will have an impact on multiple roles and may once again be the best Mythic choice for a lot of bruisers, but outside of that, the meta should remain fairly similar; best of luck with your final climb!