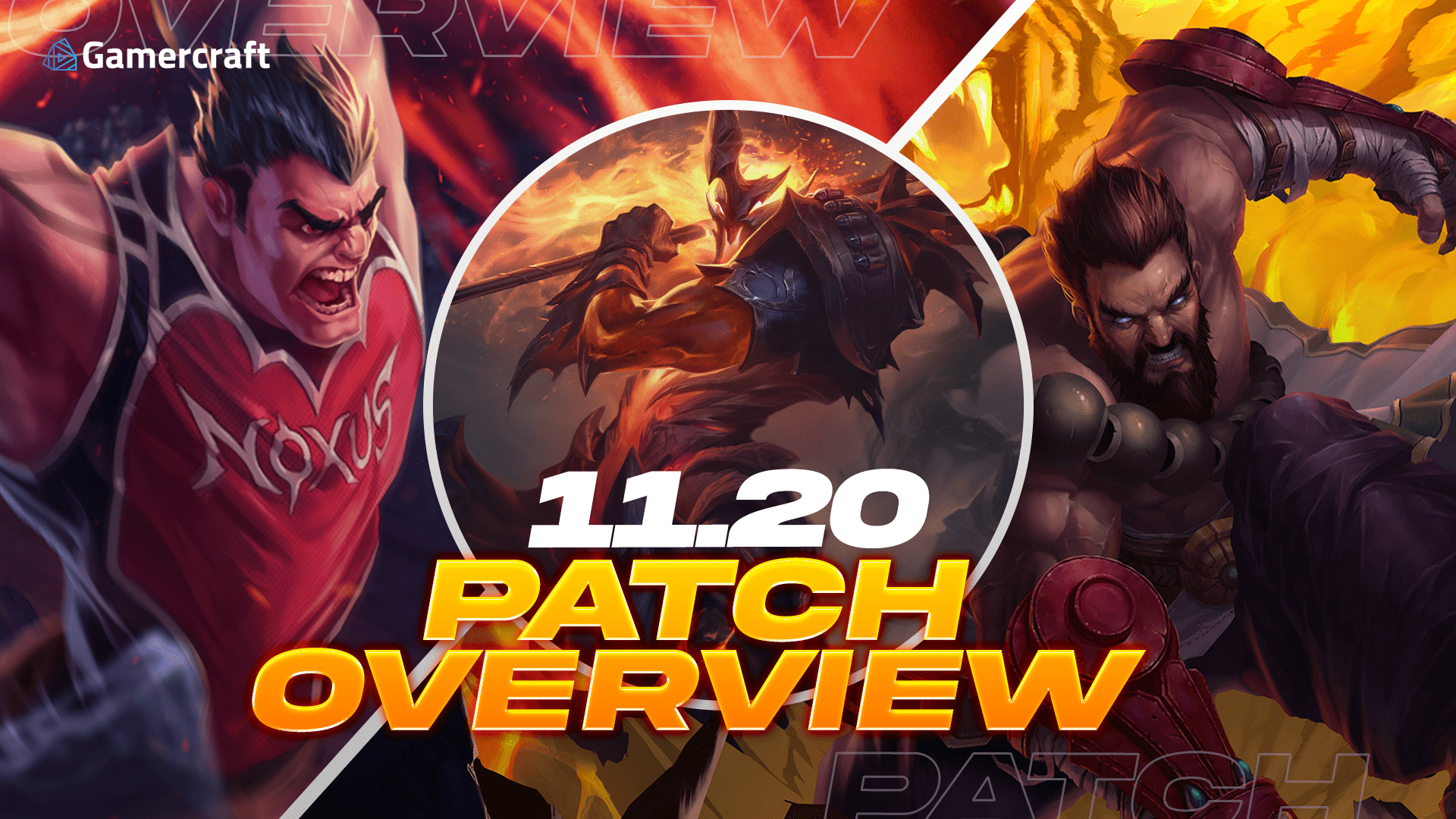 As we approach the end of the 2021 League of Legends season, Riot have made a couple of changes to the jungle, top and support roles; let’s dive into them.

After wreaking havoc in solo queue since his potent buff in 11.17, Amumu has finally received a nerf:  Bandage Toss (Q) still has two charges, but now deals less damage and costs 70 mana. Though the damage nerf should be negligible, the drastic mana increase will limit how many Q’s Amumu can throw out and will make his early game much weaker. Players will no longer be able to spam Q’s in the laning phase and will be punished much more for missing these skillshots, so accuracy will be even more important.

Imperial Mandate has been the worst Mythic choice for enchanter and mage supports throughout the season, so Riot have increased the damage on the initial proc from 36-60 to 45-75 (based on level). With the rise of Nami due to her excellent synergy with Lucian’s new passive, this will be a noteworthy buff to this powerful bot lane and open up more aggressive build paths for supports such as Lux and Janna.

Elise has always been an exceptional pick during the early game thanks to her fantastic ganking ability, but struggles in the mid to late game due to her poor scaling. In an attempt to smooth out her power curve, her base health and armour growth have been increased to make her more durable in the late game.

‍Hecarim and Udyr, who have fallen off since the middle of the season when they were abusing Chemtank, have also received small buffs: Udyr’s ultimate (Phoenix Dance) now deals AoE damage, while Hecarim’s W (Spirit of Dread) now provides more healing when used against minions/monsters and has a flat 18 second cooldown.

Jarvan has been an incredibly brawler ever since his 11.16 buffs, so the passive buff (Martial Cadence) has been reverted and now deals 8% of the target’s current health instead of 10%. Additionally, Taliyah’s Q (Threaded Volley) now deals 5% less damage to monsters from her subsequent stones, which should reduce her clear speed without impeding Taliyah mid.

The final change to the Jungle is a nerf to Smite’s healing, as it now heals for 10% of your maximum health (down from 15%); to compensate, the damage dealt by the Gromp and Krug camps has been reduced. This is a noteworthy change that will make junglers more vulnerable, and limit how much healing they can receive during a skirmish or by retreating into the jungle and re-entering a fight.

Meanwhile in the top lane, a couple of champions have been nerfed. Irelia has been an oppressive pick recently, so Riot has reduced the bonus basic attack damage when she has the maximum amount of her passive stacks (Ioanian Fervor), which should reduce her trading and skirmishing potential.

Shen’s passive (Ki Barrier) has also been nerfed to shield slightly less damage, making Shen more vulnerable during trades, while Signed’s E (Fling) now deals less damage. Finally, Darius has received a small buff as the cooldown on his W (Crippling Strike) has been reduced to 5 seconds at every rank.