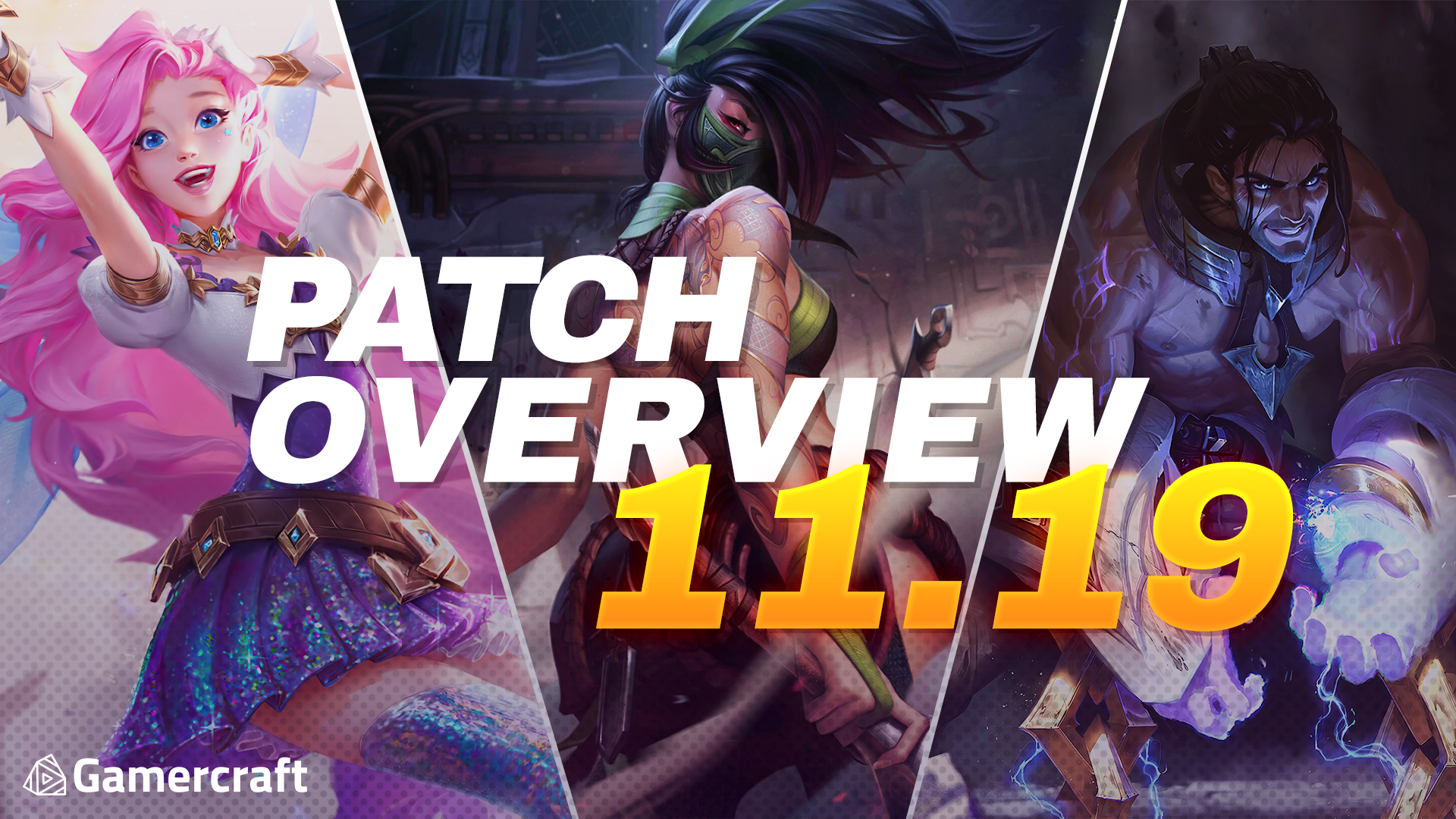 We’ve finally made it to the Worlds patch, with some of the strongest outliers being taken down a notch and some unloved champions receiving some buffs.

Ever since Sona’s rework in patch 11.16, she has been in a very strong spot thanks to her excellent synergy with Moonstone Renewer and new passive granting her a potent amount of ability haste. Consequently, she has received a small armour nerf to make her more vulnerable and a tiny damage nerf to her passive (Power Chord) in the late game. Soraka has also been very strong in the bot lane after a major buff in patch 11.18, and has had the healing from her ultimate (Wish) reduced. These nerfs aren’t too drastic, and both champions will likely remain as excellent picks in the bot lane.

Meanwhile, Seraphine has been struggling after receiving a series of nerfs earlier in the year, and has been buffed with her ultimate cooldown being reduced by 20 seconds. This is a noteworthy change and should bring Seraphine back into the meta in the mid, bot or support positions.

Sejuani has been largely ignored throughout the season, despite being a very durable jungler with excellent engage tools. The cooldown on her Q (Arctic Assault) has been decreased in the early game while its damage has been increased, which should improve her early game skirmishing and smooth out her power curve before she unlocks her ultimate.

After a sequence of nerfs forced Qiyana out of the jungle and into the mid lane, her Q (Edge of Ixtal) has been buffed as it now deals 25% bonus damage to monsters. In addition, if the target of her E+Q combo is within her basic attack range at the end of her E, it will not be dodgeable. Qiyana has been a very strong assassin in the mid lane, and a quicker jungle clear speed will make her even more of a threat as a flex pick.

Speaking of flex picks, several champions that can be flexed into multiple roles have received buffs. Sylas received a large nerf in patch 11.15, so to compensate, his base mana and mana regen have been increased to improve his laning phase and enable him to trade more in lane. Akali is infamously known as being one of the most difficult champions to balance, but has received some small buffs to her base health and base health regen to make her more sustainable. These buffs may seem small, but given how thin the line is between Akali being irrelevant and beyond broken, they may be enough to bring her back in as a staple in the mid and top lanes.

Fizz has also received some pretty drastic buffs: the cooldown on his E (Playful/Trickster) has been reduced, while the damage on his R (Chum the Waters) has been dramatically increased. To help balance this out, the on-hit damage provided by his W (Seastone Trident) has been reduced. These buffs will increase Fizz’s ability to engage on an enemy, one-shot a target, and slip away from the fight safely.