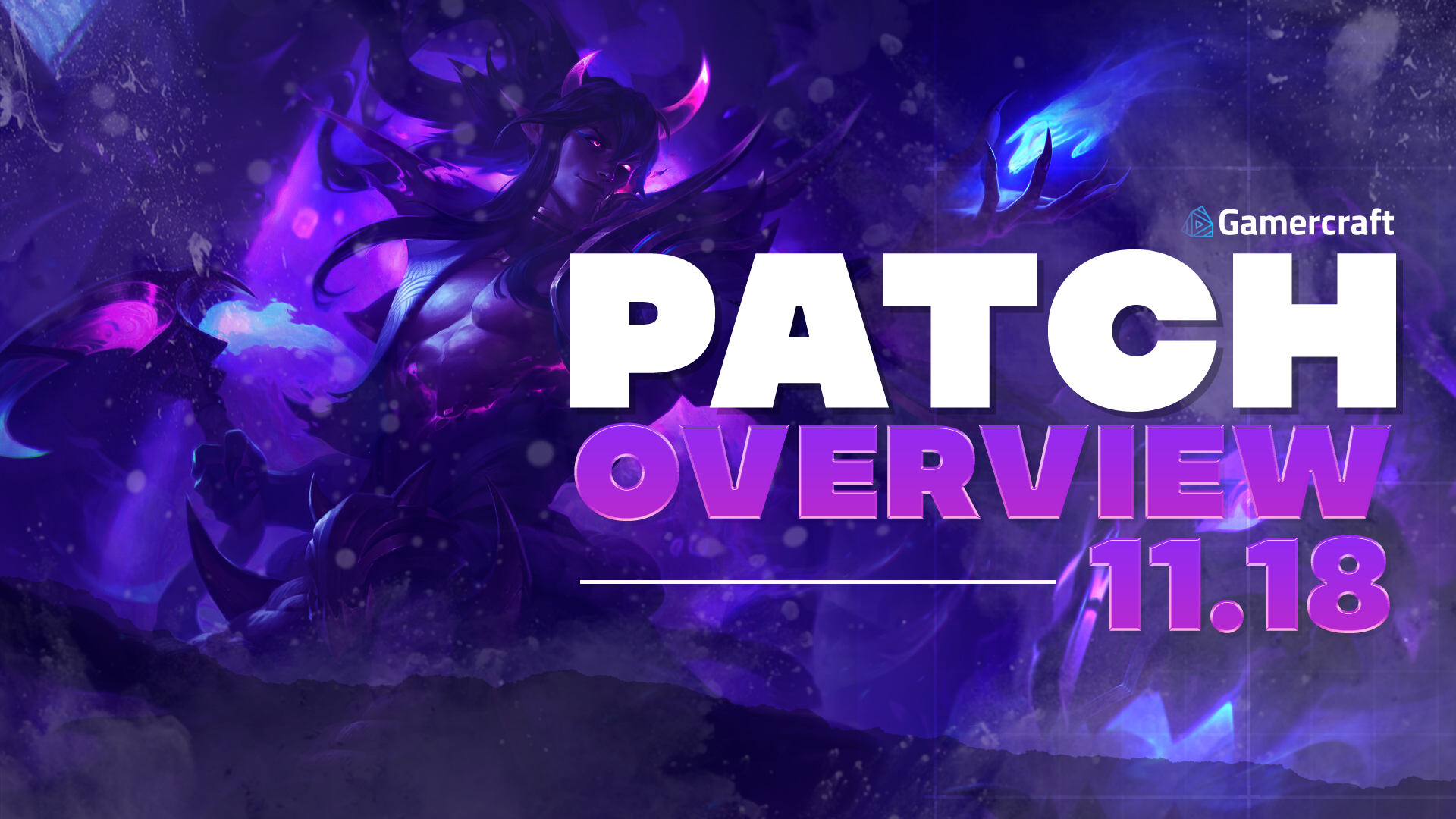 With Worlds on the horizon, patch 11.18 brings about a plethora of changes to shake up the meta before the biggest tournament of the year; let’s go over the biggest talking points.

Ashe, Varus, Kalista and Aphelios have been consistently good picks throughout the year, and have received some nerfs to their early game. Ashe’s Volley (W) cooldown has been increased in the early game, which will reduce how quickly she can push waves and poke out enemies during the laning phase. Varus and Aphelios have both had their base AD reduced by 2, while Varus’s passive (Living Vengeance) now provides scaling attack speed on non-champion kills instead of a flat 20%. Kalista’s ability to CC chain targets to death has also taken a hit, as the knockup duration of her ultimate (Fate’s Call) has been reduced at ranks 1 and 2.

The Aphelios nerfs are unlikely to have too much of an impact, particularly as he is a late-game hyper carry, but the Ashe and Kalista nerfs should be more noticeable. Volley is one of Ashe’s best abilities thanks to its ability to push waves, poke enemies, and zone them away from waves; the increased cooldown will drastically limit how much she can do this. Meanwhile, enemies will now have a greater window of opportunity to escape from Kalista’s ultimate and the power of her wombo-combos has been lessened.

Meanwhile, several other ADCs have been buffed. The mana cost of Jinx’s rockets have been reduced, Kai’sa’s E cooldown (Supercharge) has been reduced in the late game, Miss Fortune now shoots out an additional 2 waves of bullets during her ultimate (Bullet Time) and Twitch’s ultimate (Spray And Pray) now grants him additional bonus AD. Perhaps the most interesting ADC buff goes to Draven, as his ultimate (Whirling Death) will now execute players if it damages enemies below Draven’s current passive stacks (Adoration). This is a really cool buff which could push Draven back into the meta, as you are now stronger even when you haven’t been able to cash in a lot of Adoration stacks.

Thresh has been an incredible pick in pro play for years, and has received some long overdue nerfs: his base movement speed has been reduced, and the enhanced auto attack provided by Flay’s passive (E) now deals less damage. Trundle support has also been picking up steam over the last few patches, so the slow provided by his E (Pillar of Ice) has been reduced. Given that Trundle can still be flexed across multiple roles (top, jungle, support), it’s unlikely these nerfs will take him out of the meta completely. The nerfs to Thresh’s movement speed will impair his ability to catch out enemies with his Death Sentence (Q), but Thresh’s kit remains as one of the best in the support role and it’s unlikely these nerfs will hurt him too much.

A number of enchanters have received some small buffs, such as Yuumi’s passive cooldown being reduced (Bop ‘N’ Block), an increase to Karma’s base armour and E shield (Inspire), and Soraka’s ultimate (Wish) clearing Grievous Wounds before its heal coming through. These buffs may be enough to make enchanters more prevalent in the meta, after months of dominance from engage supports.

In an effort to introduce new champions into the jungle role, Zed and Qiyana have received some jungle specific buffs. Zed’s passive (Contempt For The Weak) and Qiyana’s Q (Edge Of Ixtal/Elemental Wrath) both deal bonus damage to monsters, so it’ll be interesting to see whether these champions will find success in the jungle and we’ll start to see an assassin centred jungle meta. Predator also received a large buff, as its movement speed has been increased to 60% and its ramp up time now only lasts 1 second. Therefore, champions like Hecarim, Gragas and Skarner may make their way back into the meta.

These are some of the highlights from patch 11.18, but there are several other changes so be sure to read over the patch notes for yourself. The number of changes introduced are very exciting and will likely shake up the meta in a palpable way, so watch this space!