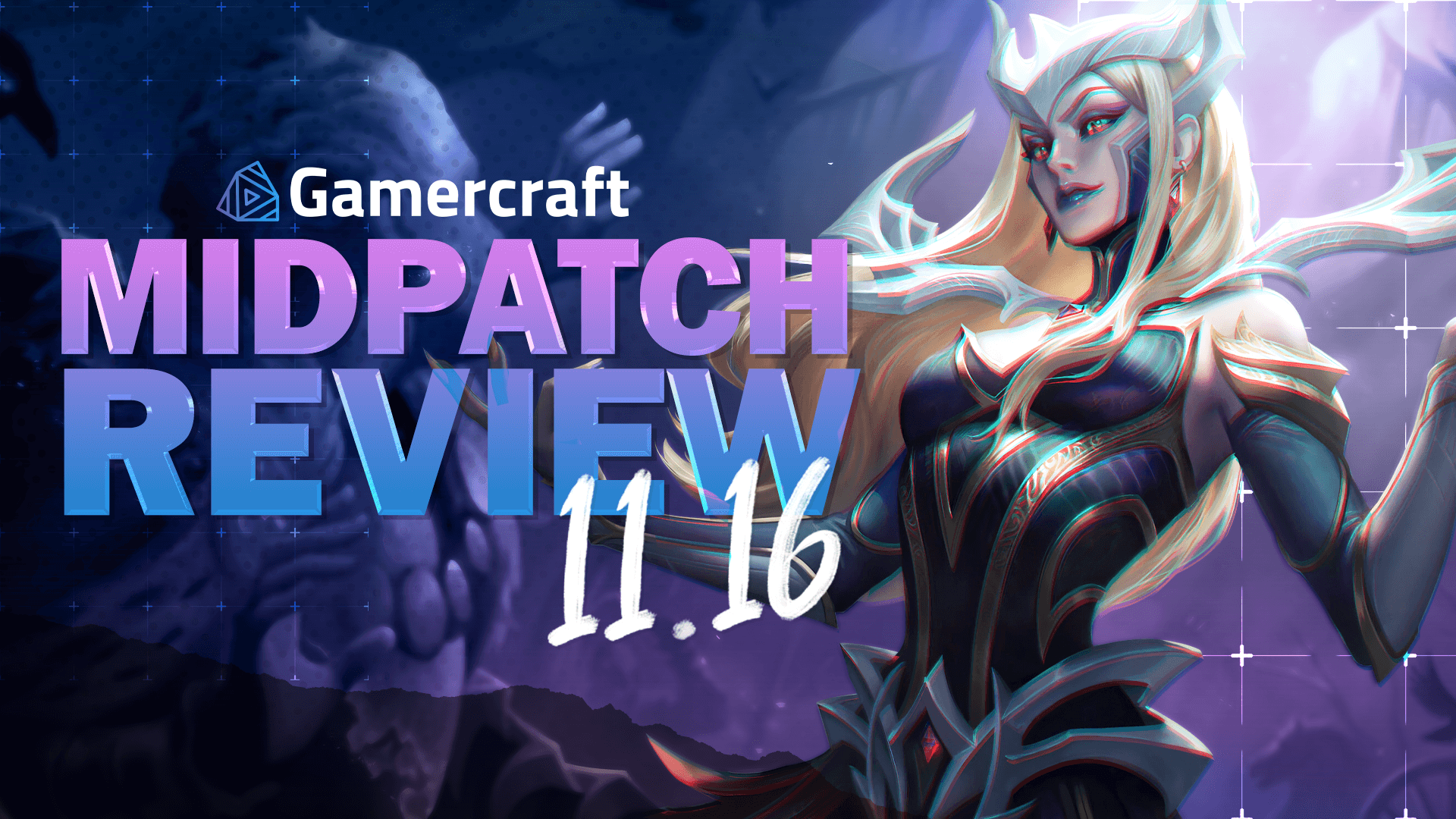 Now that the dust has settled after the 11.16 changes, let’s see how the latest patch has impacted the meta and its strongest champions.

Thanks to some notable buffs to his damage numbers, Jarvan IV’s strength has increased dramatically and he is currently boasting a 51.8% win rate in Platinum ranks and above. With consistently strong CC across the entire game and survivability thanks to good synergy with Goredrinker, consider picking up Jarvan in the jungle for a strong engage tool and front line. Shaco also received some buffs thanks to some QoL improvements and bug fixes, and currently has a 50.7% win rate in Platinum ranks and above. The infamously rage and tilt inducing champion has good gank potential, mobility around the map, and the option to either build AP or AD depending on what your team comp requires. Meanwhile, the nerfs to Diana’s jungle clear have starkly impacted her win rate, as she is now struggling with a 47% win rate and is best avoided in the Jungle for now.

Despite already being a threatening and respectable pick, Jhin received some buffs in 11.16 to increase the damage of his W and R and this has bumped up his winrate to 50.9% in Platinum ranks and above. Jhin is an excellent pick with a CC heavy support who can set up a target to be locked down by Jhin’s W, and against brawlers thanks to his long range and ability to escape with Galeforce. Ziggs also continues to be an excellent pick in the bot lane, after his base mana was increased to allow him to spam his abilities even more.

In the support role, Sona’s mini rework seems to have landed successfully as she is currently sporting a 52.7% win rate in Platinum ranks and above, making her the top support champion. Her kit is still very easy to use, the focus on ability haste means she can spam out multiple auras within one team fight, and her ease of proccing Moonstone Renewer and benefiting from its heal and shield power has made her a strong pick in solo queue. Though the Lulu nerfs have impacted her power, she still remains one of the best enchanters in the meta; to overcome the nerfs to her W cooldown, it may be worth maxing that first instead of her E.