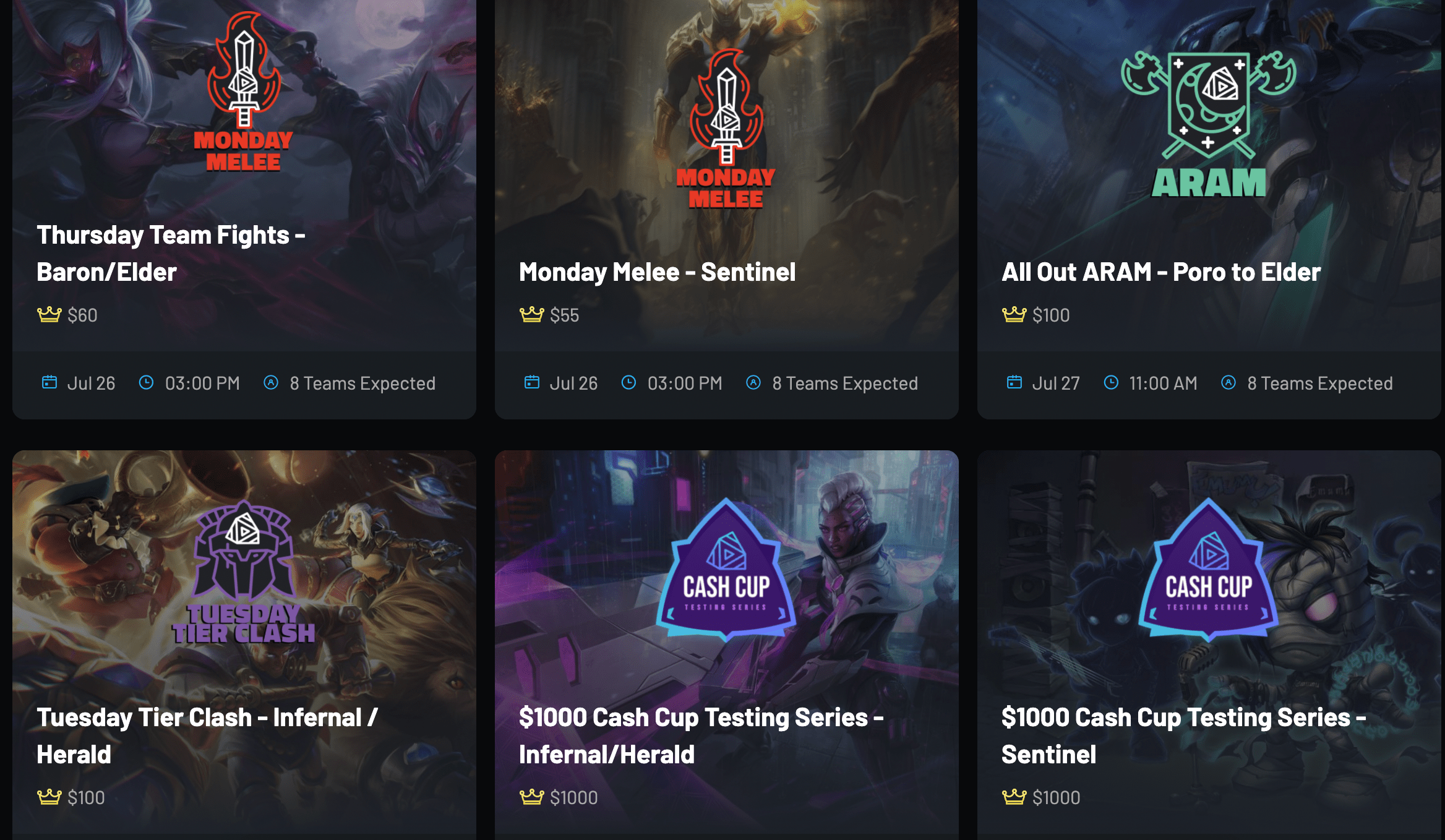 How To Recruit Teammates for League of Legends Tournaments

How To - Recruit Teammates for League of Legends Tournaments

Finding good teammates to take part in a Gamercraft League of Legends tournament alongside you can be tricky, so this week we’ll go over some tips on finding other players to stomp on the Rift with.

There are a lot of fantastic social media sites dedicated to League, and with that brings a large amount of players who are also looking for a team to join. For example, the r/LeagueOfLegends Discord server has a channel dedicated to finding players or teams on your server, which is a fantastic resource for finding players.

If you are advertising for players, be as specific as possible: state what positions and rank you are looking for, when players would need to be free for the tournament, and the fact they will need a mic. This can help filter out teammates who aren’t suitable.

Outside of social media, keep an eye out for any players that pop off in your solo queue games; if they do well, send them a friend request and ask them to duo queue. If you play well with each other and have rapport, they could be a great fit for your team.

Once you have found a potential teammate, it’s important to research whether they will be a good fit for your team. Talking with them can be a good start, as you can tell whether they would be the type of person you would want on your team (playing with a toxic teammate in a tournament with voice comms is never fun).

It’s also important to research what type of player they are by looking at their match history. Check what types of champions they play, what champions they perform well on, and if they are prone to tilt by going on long losing streaks. All of this can be useful information to determine whether they’d be a good teammate.

Flexibility is crucial when it comes to organized play, as it’s rare for a perfect team to come together instantly. When recruiting players, make sure you ask them what roles they feel comfortable playing, as they may have to in case you struggle to find players capable of playing that role. Also, be open-minded when thinking about what types of players you are looking for. For example, you might want a support that specializes in engage supports (such as Leona and Nautilus), but it may be useful to recruit a support that can also play enchanters.