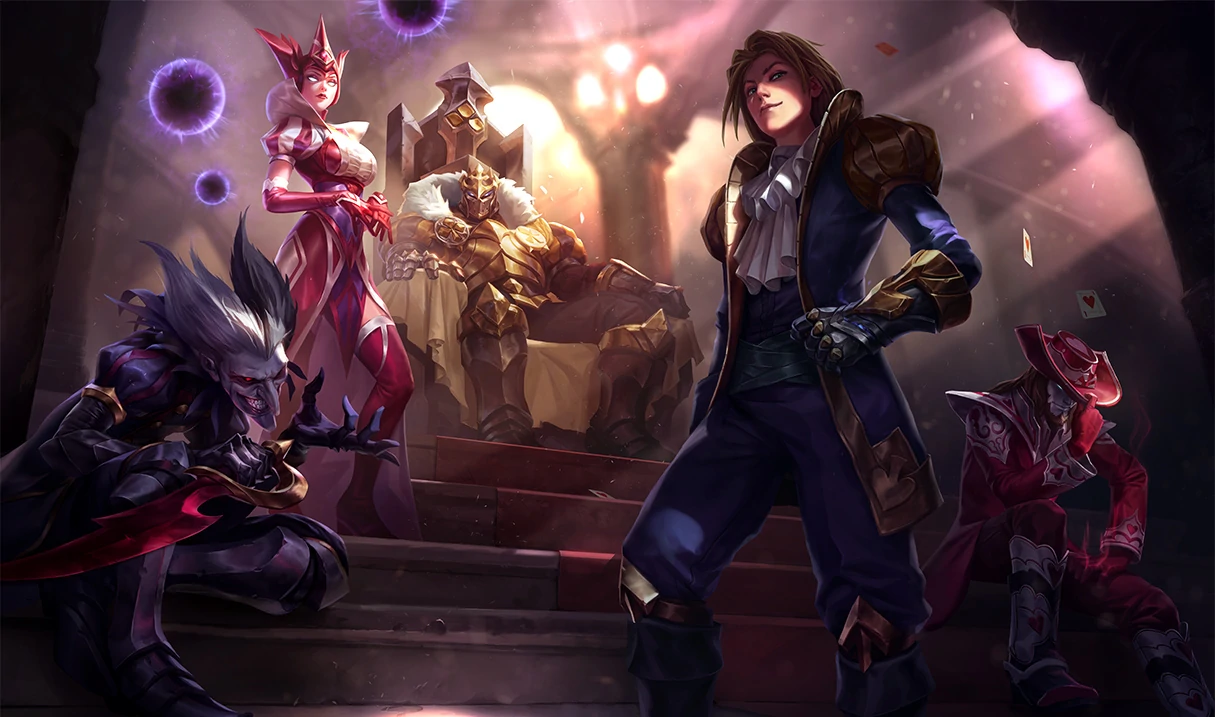 Knowing your enemy is one of The Art of War’s most influential lessons, and is an essential component of tournament preparation. This post will outline some important strategies and champions to look out for when scouting your opponents.‍

As a former Janna one-trick, I am all too familiar with the frustrating pain a one-trick feels whenever their champion is banned away. Identifying whether your opposition has a one-trick on their team and banning out that champion can cripple an opponent’s champion pool and force them on to a champion they are not as comfortable playing, so keep an eye out for any champions played by your enemy with a disproportionately high play rate.

Even if your opponent does not have a one-trick on their team, every player is likely to have a main champion they gravitate towards. Therefore, it’s worthwhile to examine what these champions are in order to potentially ban in during your game or prepare a counter-pick. An effective way to do this is to analyse your opponents’ champion pick rates and solo queue games for any consistent first picks, as this suggests this is their preferred champion rather than a counter against something the enemy has picked. These mains can persist through multiple patches and metas, so it’s wise to include games spanning several patches.

Moving away from an individual player focus, teams can have a tendency to pick certain champions together that have natural synergy, such as Malphite and Yasuo or Thresh and Aphelios. Alternatively, they may consistently play a particular composition based around a champion or playstyle, such as a Juggermaw comp focused on buffing and protecting Kog’Maw or a split-push composition with picks like Twisted Fate and Camille.

If you can recognise these champions your enemy commonly picks together or entire compositions they often play, you can use this information to either prepare counter-picks or strategies, ban certain champions to prevent them from being played entirely, or choose these champions for yourself in order to deny them from the enemy. For example, if your opponent has locked in Malphite and often plays Malphite and Yasuo together, your team can lock-in Yasuo to deny the pick from them. As long as your team feels comfortable playing that champion and it works in your composition, this also frees up a ban slot for your team and lets you ban something else from the enemy.‍

As League has evolved over the years, we are seeing more and more champions being flexed into multiple roles. When scouting your enemy, check for any champions the enemy team plays across multiple roles, such as Seraphine being played in mid, bot and support. This information will vastly enhance your drafts during champ select, as you will be able to acknowledge the different roles a locked-in champion might be played in. If not, you may be convinced it is being played in one role, lock in a counter-pick, and have that counter-pick rendered useless because the enemy flexes their pick into another role and counter-picks your counter-pick. These flex picks can also serve as efficient bans, as you are denying a champion from multiple enemies.

In summary, scouting your enemy is a fantastic step to help prepare a successful pick and ban phase to give your team the upper hand before you’ve loaded onto the rift. Keep an eye out for one-tricks, champion mains, champions your opponents often pick together, and flex picks.