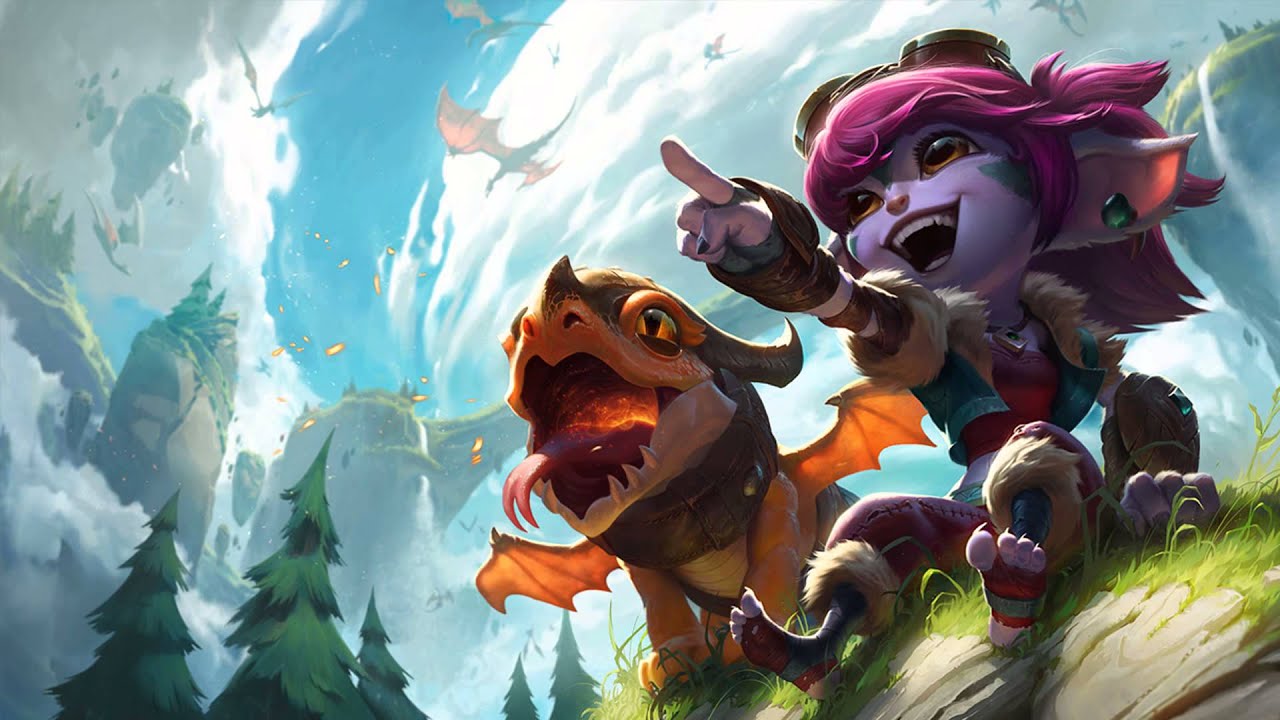 ADCs can be the strongest champion in League of Legends, but can struggle due to their vulnerability or lack of mobility. Therefore, drafting a composition around protecting and enhancing your ADC can allow them to produce an incredible amount of damage while staying safe from enemy threats.

It is essential you pick a hyper-carry for your ADC: this composition thrives during mid to late game team fights, which is when hyper-carries are at their strongest. These picks include Kog’Maw, Caitlyn and Vayne, who all scale extremely well and can output an exceptional amount of damage in the late game.

Enchanters such as Lulu and Karma work fantastically for your support or mid laner, as they can peel and protect your ADC, while buffing their auto attacks to increase their damage. You can also opt for Braum, Thresh or Tahm Kench as your support who do a great job at peeling for and protecting your ADC, and though they cannot buff your ADC’s damage, they are much more durable than enchanters and can provide engage potential.

Considering hyper-carries struggle in the early game due to the nature of their scaling, it’s important for your top and jungler to be strong in the early game to ensure your team actually reaches the late game. Therefore, champions like Renekton, Sett and Lee Sin work great to bridge the gap between the early and late game, before your ADC pops off. Finally, given the emphasis on your support peeling and protecting your ADC, some form of engage needs to come from the top side of the map; these picks include Diana, Zac and Sejuani.

Your ADC will want to build as much damage as possible, with items such as Kraken Slayer, Essence Reaver, Phantom Dancer and Infinity Edge. If you have an enchanter on your team, Shureliya’s Resolve can increase your ADC’s movement speed every time you buff them, while Ardent Censer enhances their damage. Meanwhile, if you have picked a tankier support, Locket of the Iron Solari and Knight’s Vow are fantastic at providing an extra layer of protection for your ADC. In the top lane and jungle, don’t feel pressured into being the carry, as your primary job is to engage and soak up attention for your ADC. Therefore, opt for tanky items like Warmog’s Armour, Spirit Visage and Thornmail.

It’s important to not feel pressured into making flashy plays or taking big advantages in the early game, as it’s when your team comp is at its weakest. Instead, play patiently and safely and wait for your ADC to get a couple of items before you start looking for fights. Relinquishing a couple of early game objectives, such as the Rift Herald or a Drake, will not lose you the game, but trying to contest these objectives when your team is in its power trough can make the game snowball out of control.

Mid to late game team fights are where this composition really shines, as your ADC can be unleashed while being buffed and protected by the rest of the team. ADCs should look to blow up the enemies they are in range of, while the rest of the team should identify threats that pose a major threat to your ADC and keep them away. Unless supports are warding, they should be permanently attached to keep them safe at all times.

‘Protect the ADC’ comps are all about scaling; play it slow in the early game, wait until your ADC has picked up a couple of items, then protect them at all costs while they unleash their damage and wipe the enemy team.