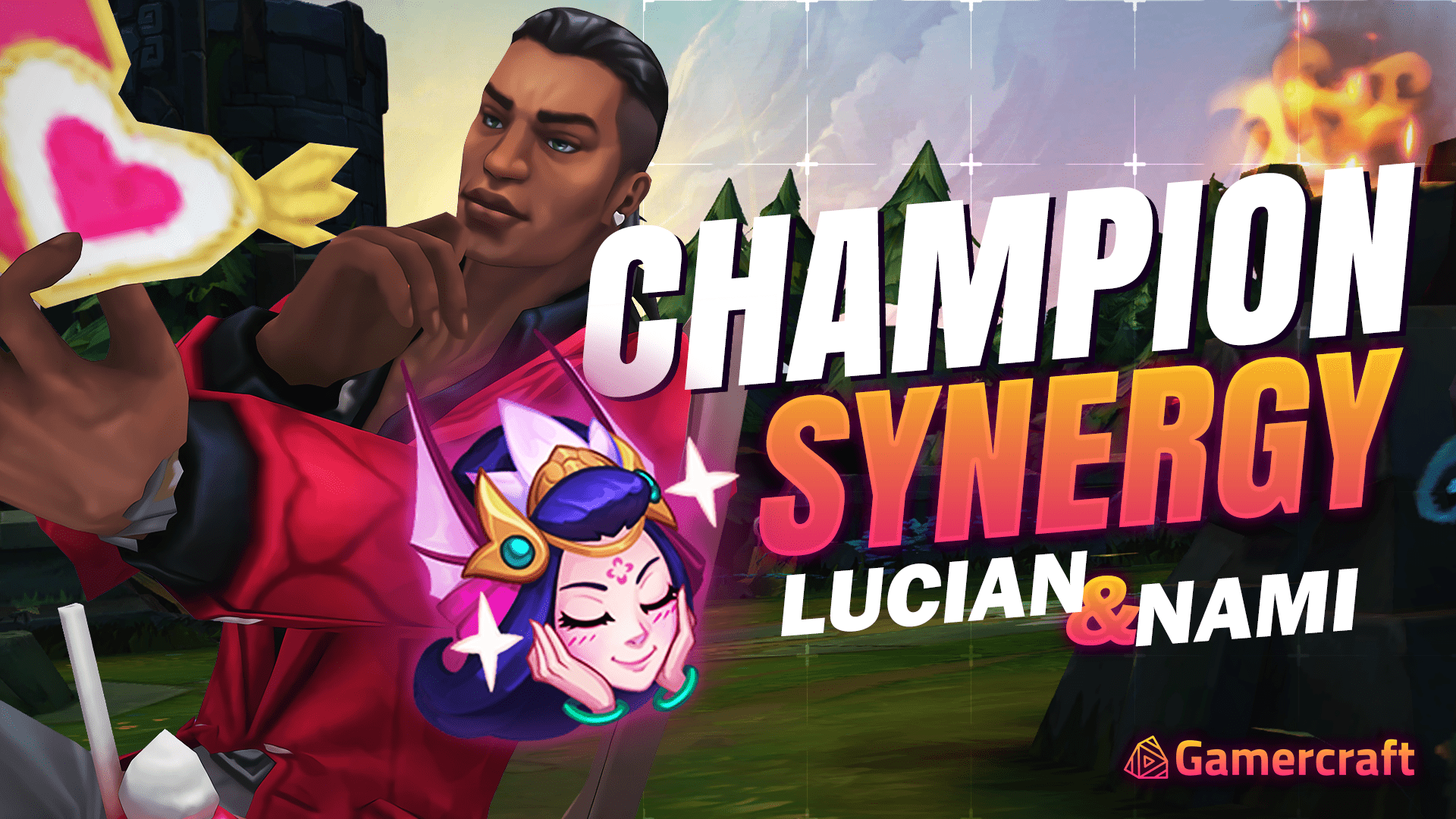 After receiving a series of buffs across recent patches, Lucian and Nami have become one of the strongest bot lane duos in the meta; let’s break down why these champions have so much synergy, and how to take advantage of it.

In patch 11.17, Lucian received a new passive effect (Vigilance) which causes ally buffs to empower his next two auto attacks to deal bonus damage. Therefore, whenever Nami uses her E (Tidecaller’s Blessing) on Lucian, his next auto attacks will:

This combo allows for some incredibly powerful trades during the laning phase, as Lucian can use his E (Relentless Pursuit) to get in range to basic attack the enemy twice with his Lightslinger passive; this can be followed up with a Piercing Light and more Lightslinger auto attacks. Nami should use her E as Lucian dashes in to amplify Lucian’s damage, and use her W (Ebb And Flow) on Lucian to keep him topped up during a trade and to damage the enemy with the bounce effect. Nami’s Q (Aqua Prison) has a fairly short range and can be difficult to land, but can be used on the target Lucian slows with his auto attacks.

Lucian’s mobility allows him to play a little more aggressively than other ADC’s, as he is able to dash forward to pick off targets. The number of shots fired during The Culling (ultimate) now increases based on Lucian’s critical strike chance, meaning Lucian is capable of shredding through enemies with perfect accuracy.

Meanwhile, Nami’s ultimate (Tidal Wave) is a very strong ability in team fights due to its large radius and multiple layers of CC. However, its slow travel time means it works better when following up an ally’s engage or disengaging from the enemy. Keep in mind hitting allies with the wave will proc her passive at double strength, so the best Nami ultimates will hit both enemies and allies to CC enemies and grant a lot of movement speed to allies. Outside of the ultimate, use W on enemies/allies who are close together to get the maximum amount of bounces, and E on your carries to enhance their abilities.

Lucian’s runes are unlikely to change from game to game, but you do have more flexibility with Nami.

Electrocute is very easy to proc on Nami thanks to its synergy with Tidecaller’s Blessing and will vastly increase your damage during trades. If there are a lot of backline threats on the enemy team and you feel you need to peel for your Lucian, you can opt for a more defensive keystone by choosing Guardian. For something in-between, Summon Aery provides some additional damage in trades but also a shield for your allies.

Galeforce is an excellent Mythic on Lucian, as it offers him an additional mobility tool and can be used in combination with Flash and his E (Relentless Pursuit) to travel a great distance quickly. Given Lucian’s the shots fired by Lucian’s ultimate (The Culling) now scales with crit, items such as Infinity Edge and The Collector work really well on Lucian.

Meanwhile, Imperial Mandate amplifies Nami’s damage and is very easy to proc between her E and Q (Tidecaller’s Blessing and Aqua Prison). The rest of Nami’s build will depend on the game state: Ardent Censer can amplify a fed Lucian’s damage, Staff Of Flowing Water can buff a fed AP carry, and Chemtech Putrifier can be used to shut down the enemy team should they have a lot of healing.

Lucian and Nami are one of the best bot lanes in the current meta, with a fantastic laning phase and a smooth transition into team fights. Their combos are very strong, and they are a strong duo at every point of the game.